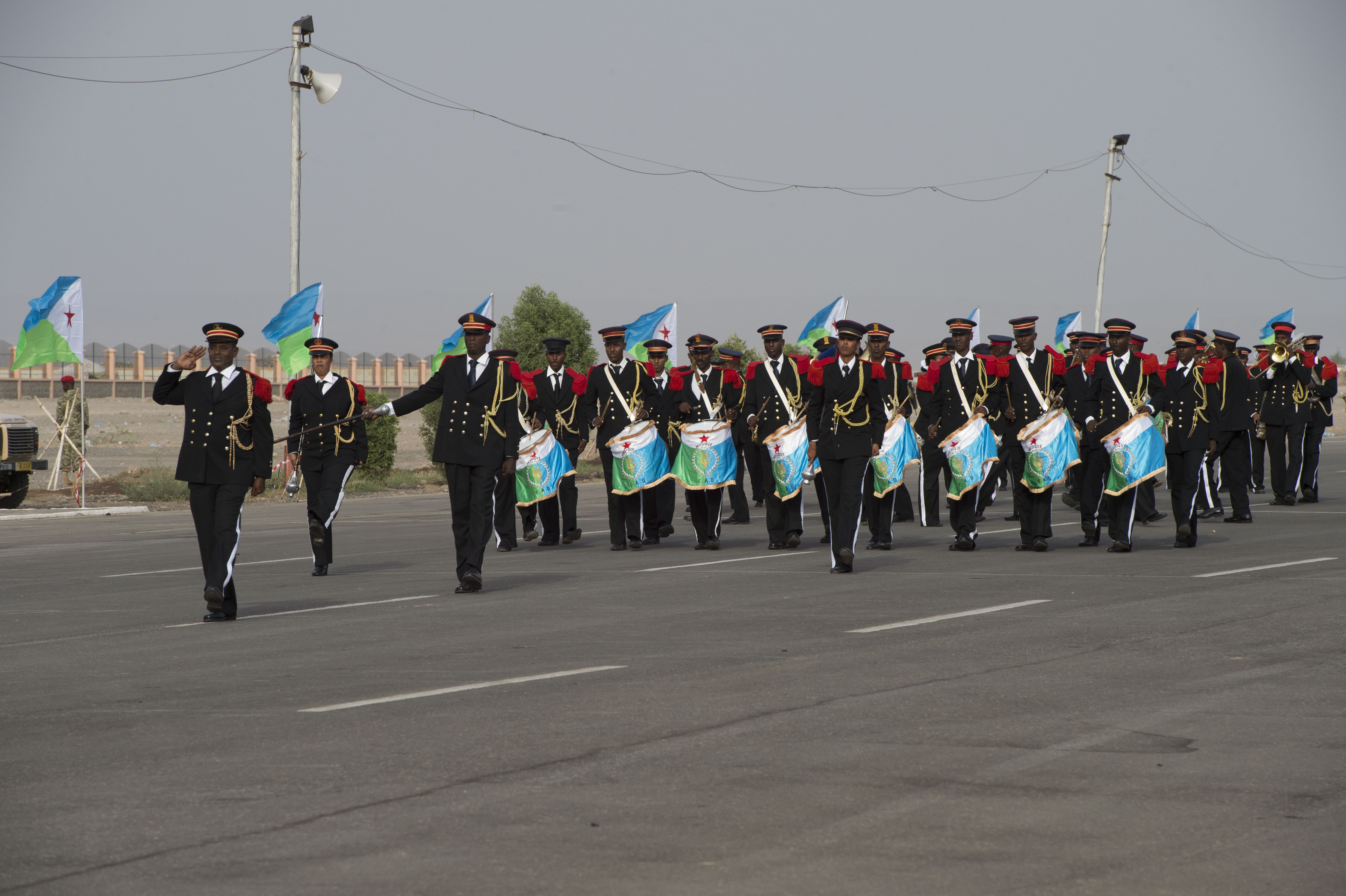 A Djiboutian band marches down the street during the Djibouti Independence Day parade June 27, 2016, at Djibouti. The band was the first of many participants in the parade. (U.S. Air Force photo by Staff Sgt. Eric Summers Jr.)
Download full-resolution