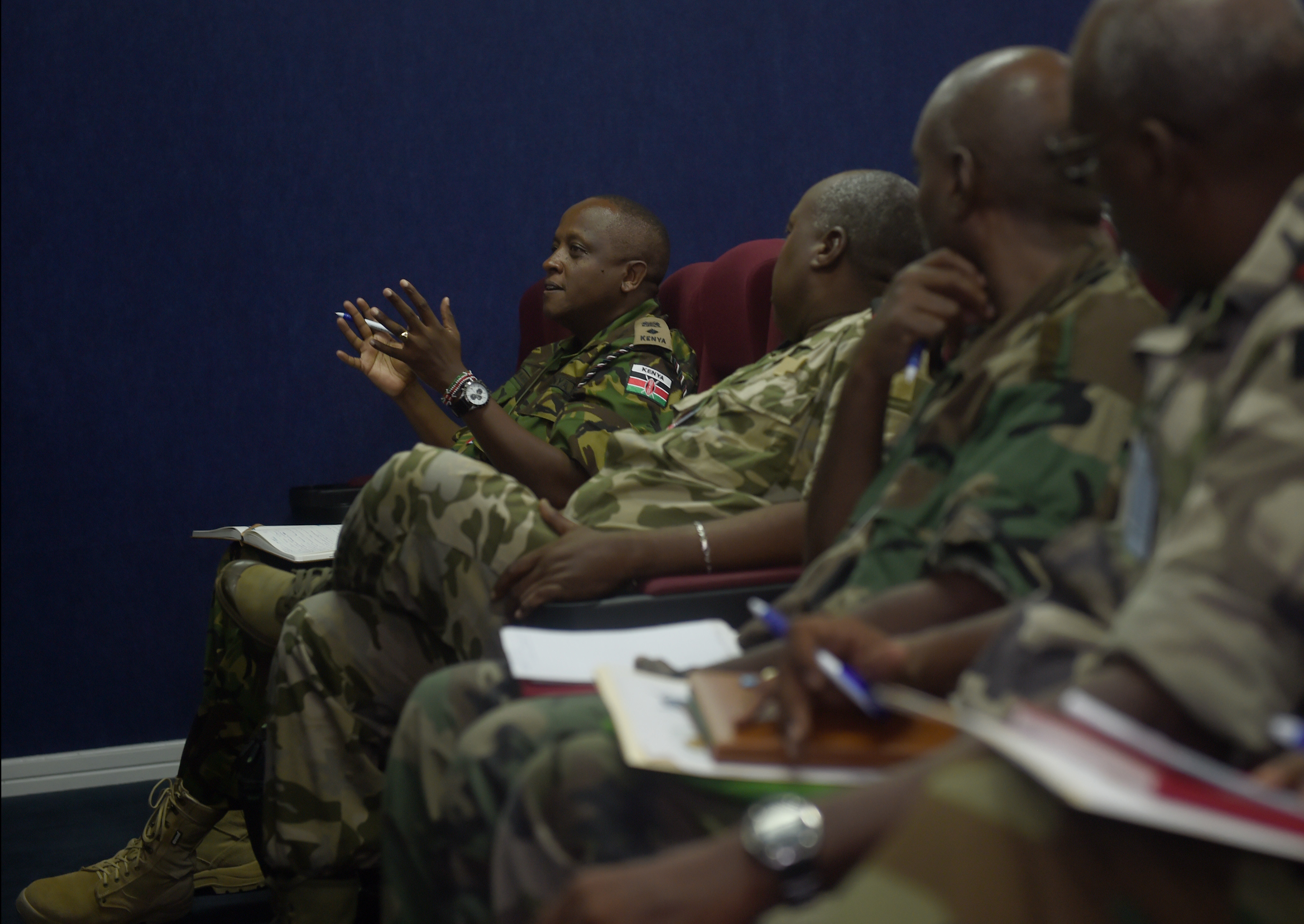 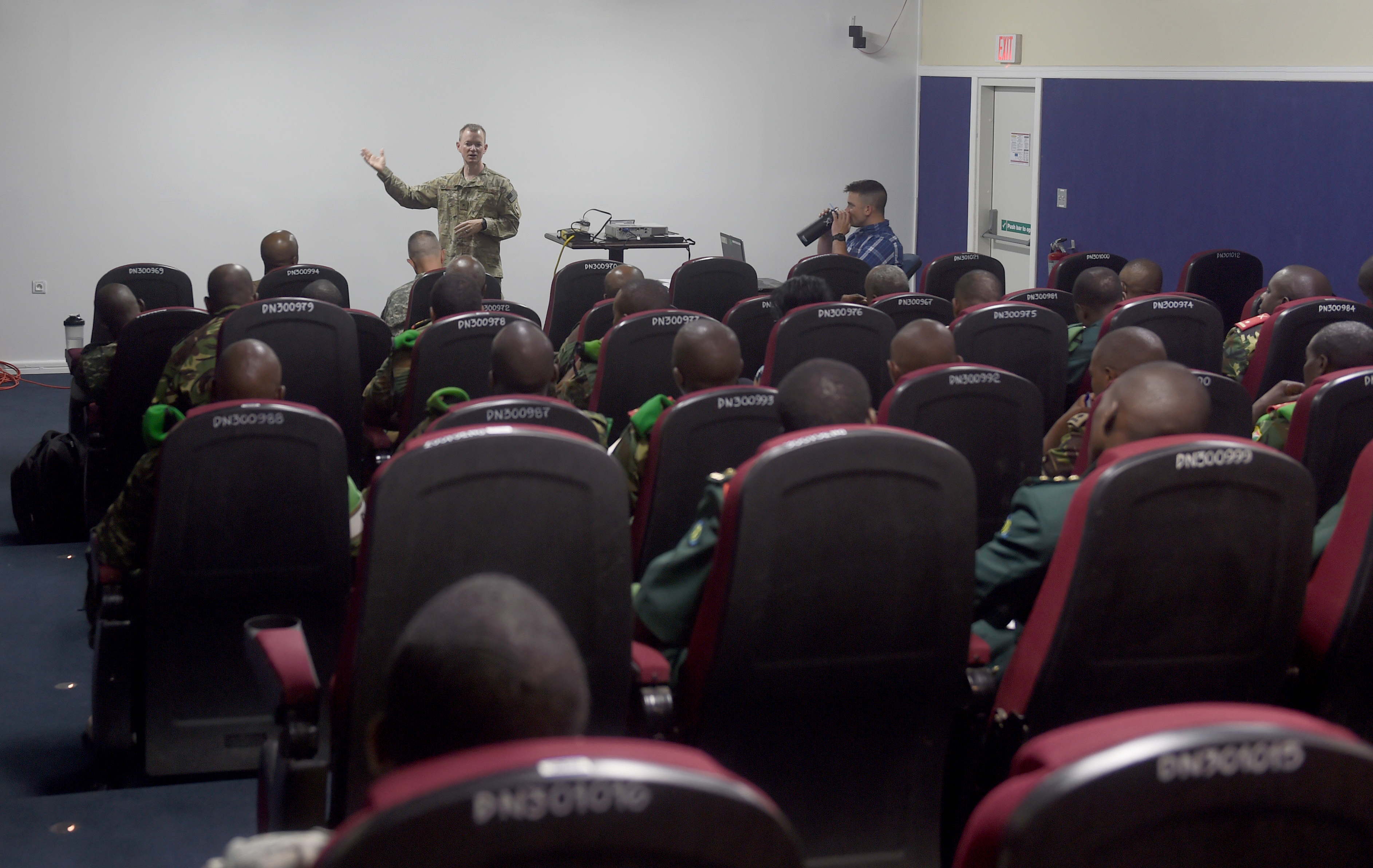 Brig. Gen. William P. West, CJTF-HOA deputy commander, opened with his thoughts on the importance of communicating with the public.

"Information Operations is challenging and often the adversary has the advantage," West said. “But, there is one main tool you can always counter propaganda with: credibility.”

The teams discussed a variety of public information topics such as public affairs, strategic communication and information operations.

1st Lt Ahmad Hassan AMISOM public and civil affairs officer said he felt the conference opened his mind on securing operations while relaying their objective to the civilian community.

“The conference put much emphasis on the power of communication and using information as an operational tool; it’s important to provide security for your information,” Hassan said. “It was an eye opener. I hope to expand more on our knowledge, and use what we’ve learned in a professional manner.”

The goal of the conference was to not only educate, but also to build relationships and encourage the free flow of information between AMISOM partner nations.

“I challenge all of you to get to know people you don’t already know and build your network,” West said. “Everyone here has something to offer. Your opinion is value added, and we need to hear what you have to say; through open dialogue, we will learn much more.”

Following the discussion, the Uganda, Tanzania, Ethiopia, Burundi, Kenya and Djibouti PIOs participated in breakout sessions. This gave them an opportunity to not only apply what they learned, but to increase collaboration and interoperability among themselves.

CJTF-HOA’s conference allowed partner nations to build contacts and develop their ideas and communication, to apply to their future mission endeavors.