NMCB 74 Continues the Seabee Mission in the Horn of Africa

CAMP LEMONNIER, Djibouti - Dec 15, 2010 –The Seabees assigned Naval Mobile Construction Battalion (NMCB) 74 Detail Horn of Africa (HOA) officially relieved NMCB 7 Det. HOA during a turnover ceremony on Camp Lemmonier, Djibouti, December 15, 2010. NMCB 7 Det. HOA has been deployed to assist Combined Joint Task Force- Horn of Africa (CJTF-HOA) in building partner nation capacity since February 2010. A small party of key personnel, assigned to NMCB-74 Det. HOA, arrived December 3 to begin mission planning. The majority of thedetail arrived December 7 and immediately began the CJTF-HOA indoctrination briefings and training the same day. The two NMCB details spent the next week working side by side to ensure NMCB 74 was prepared to continue the Seabee mission in Africa. Within two days of the turnover process, NMCB 74 began sending Seabees to other operating areas to take over projects in Djibouti, Ethiopia and Kenya. “(Members of NMCB 7) were very comprehensive and complete across the board,” said U.S. Navy Lieutenant Commander Michael James, NMCB 74 Det. HOA’s officer-in-charge. “They gave us the information we needed to have a smooth transition to be able to not only the finish their projects, but to be able to start our own projects.” NMCB 74’s most recent three deployments were to the Central Command area of operations supporting combat units primarily in Iraq, Kuwait and Afghanistan. James said he feels this mission is a good change and a great opportunity for younger Seabees to see a different type of construction. “As Seabees, we normally are supporting other units and forces,” James said. “Here in HOA, we’re one of the primary means for CJTF-HOA to accomplish its mission by building schools, medical clinics and water wells … we aren’t just building something and leaving, we’re interacting with the people and working with them to help themselves make their life better.” The commanding officer of Camp Lemonnier, U.S. Navy Captain Darius Banaji, who also happens to be a Seabee by trade, gave his praise and best wishes to NMCB 7 after the turnover ceremony and was excited to welcome NMCB 74 to Africa. “You have an amazing ability with the skills that we teach you to leave a positive impact wherever you go,” Banaji said. “It’s about African stability and making sure those nations stay whole … we’re building trust and confidence in the Horn of Africa so that this doesn’t become an Iraq or Afghanistan. I look forward to an amazing deployment with you.” 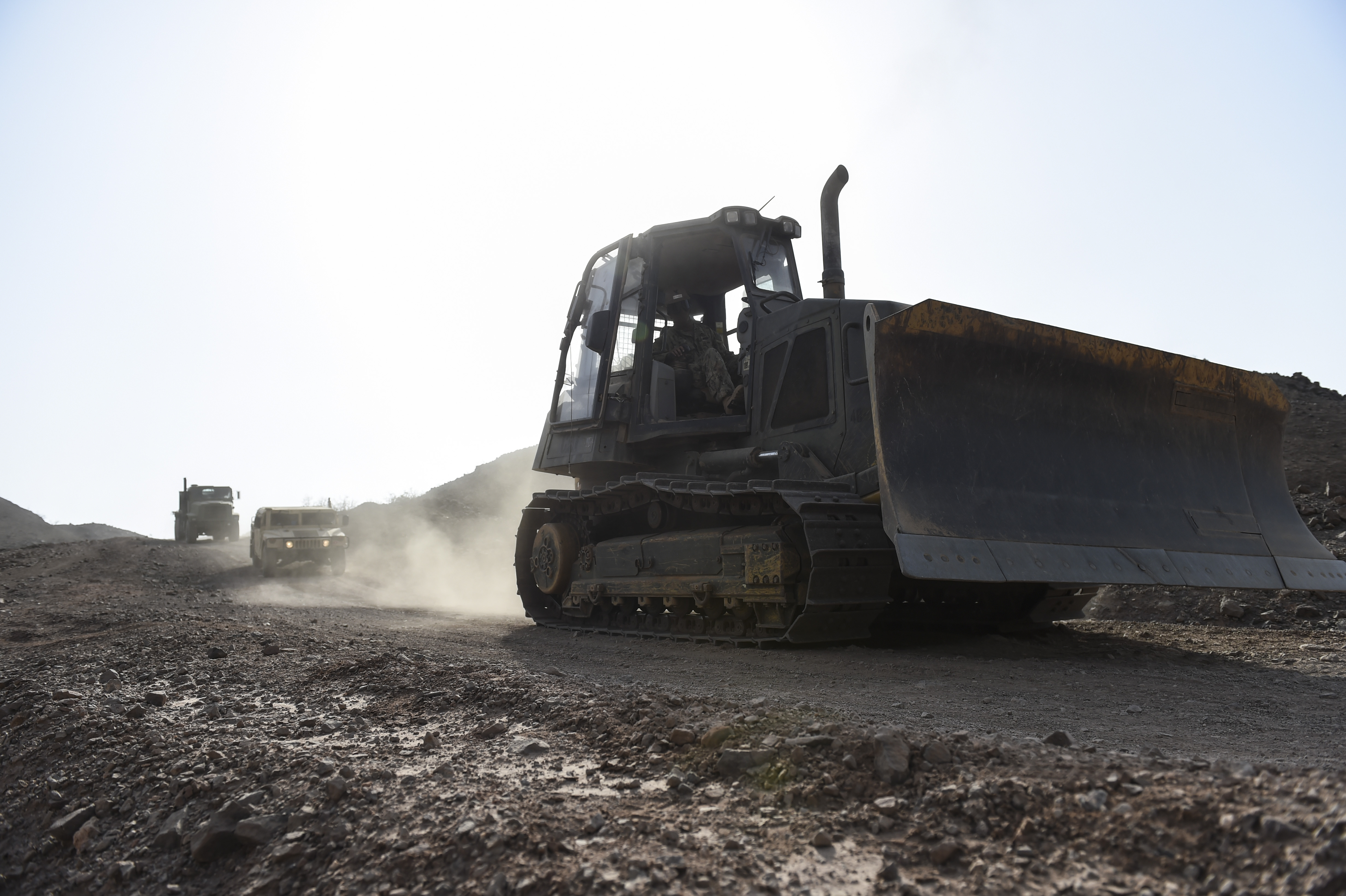