With the transfer of authority, the company will now assume responsibility for all of East Africa.

“Whether it was building wells for drinking water in a village, or training the forces of the AMISOMs (African Union Mission in Somalia) troop contributing nations, or simply volunteering all those hours you did in Djibouti and elsewhere in Africa -- you were getting after it,” Grigsby said to the Soldiers in formation. “Each and every day, you were improving lives and helping us build trust and credibility with our allies right here on the forefront of it all. Yours are the faces that our partner nations will remember.”

From the podium following the ceremony, Edwards thanked his Soldiers and issued them a new challenge.

“You’ve earned a lifetime membership in a unique club by volunteering for our Nation’s Army Reserve and deploying in support of Operation Enduring Freedom,” said Edwards, a Syracuse, N.Y. native. “However, with that membership comes responsibility. You now have the responsibility to pay-forward the unique experiences and skills you’ve learned here by developing our leaders for the future when we get back to home station.”

Edwards credited his Soldiers for the battalion’s success and ability to overcome adversity. “There have been a lot of challenges, but these guys are very resilient, roll with every punch, adapted to every change and just done tremendous work here.

“I couldn’t be prouder, couldn’t be happier. It was a privilege and an honor to work with every single one of them.”

Santiago nodded his head and said the most rewarding aspect of his tour was working with his Soldiers, all of whom he said were extremely resilient and will have a great impact on the future of the Army Reserve and civil affairs community.

“We have some great Soldiers who have performed admirably. I am really proud of them,” he said. “Every single one of us is going back to the States better than we were when we first got here -- there is no doubt in my mind -- I’m 100 percent convinced.”

Edwards and Santiago agreed that in addition to working with partner nations, their joint-service experiences were also enriching, from sharing their Army traditions and customs with sister services, to celebrating the Marine Corps and Navy Seabee Birthdays.

Maj. Mitchell Johnson, Bravo Company, 407th CA BN commander, said his Soldiers are already managing the drawdown and emphasized how proud he was of their efforts.

The Company will conduct military-to-military engagement to strengthen partner nation capacity. They will also continue to build on a strong foundation with local military forces, civilian population, and civilian authorities as well as advise the CJTF-HOA commanding general on the civil environment.

“If there is one message I want to put out there, it’s how proud I am of the Soldiers in the company,” Johnson said. “Teams have expanded their areas of responsibility, pouring in additional tasks and doing additional missions. So, just a real solid effort from everybody on the team.”

443rd CA BN: Making a Difference in Djibouti One Class At a Time

At the top of a hill overlooking the Gulf of Tadjoura, sits the hotel trade school, Lycee Hotelier d’Arta. The school provides Djiboutian teens the opportunity to learn skills for the restaurant and hospitality industry. 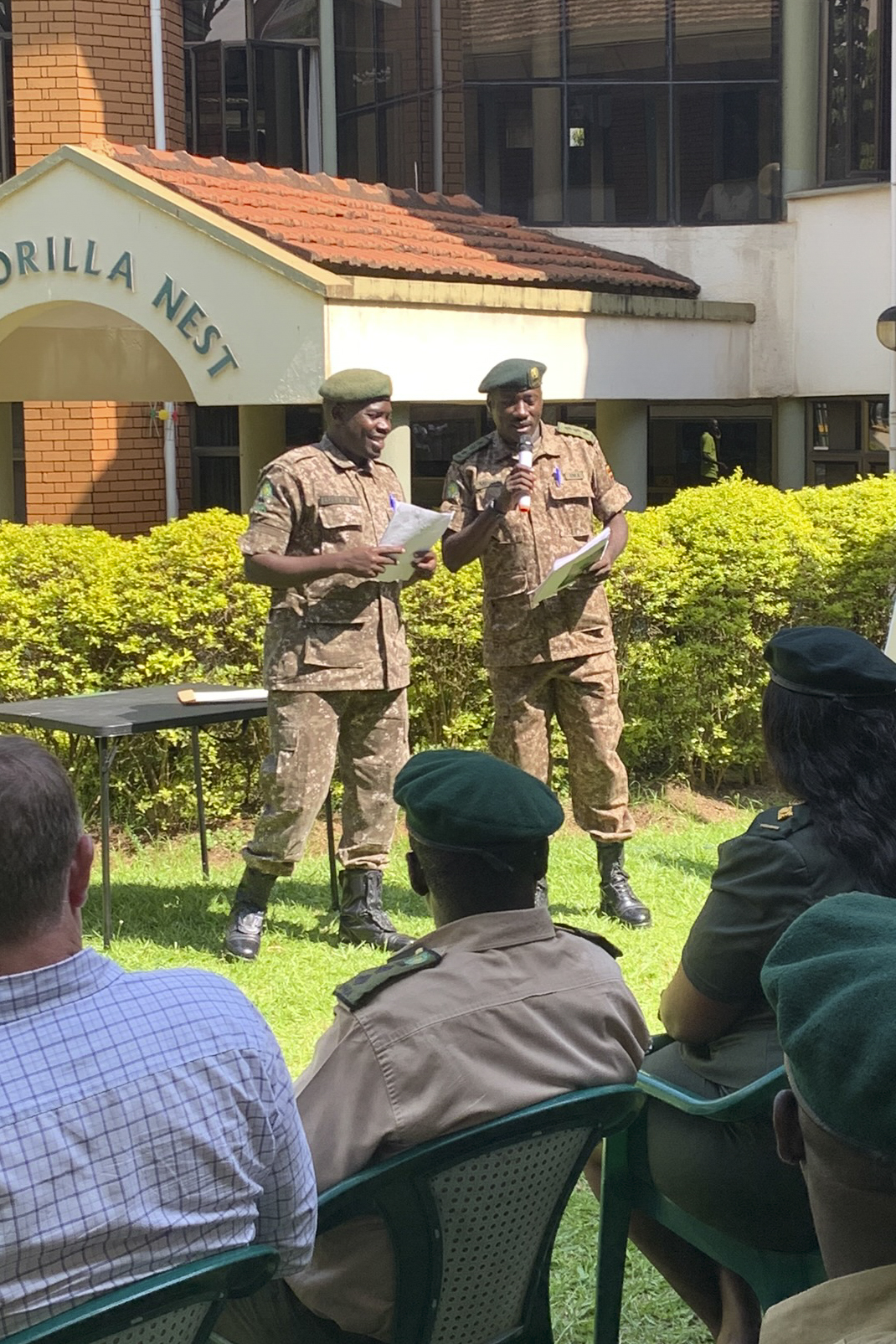