Music connects AFCENT band members both on and off stage

By Tech. Sgt. Michael McGhee
Air National Guard
CJTF-HOA, January 23, 2018
Tweet
The U.S. Air Forces Central Command, AFCENT, Band returned this month playing a number of shows throughout Djibouti City. The band shares a love for music both on and off stage. During the tour, audiences enjoy the performances of these talented professionals. But on this stop, some of the performers had an opportunity to share about time off activities as well as a passion for the music. 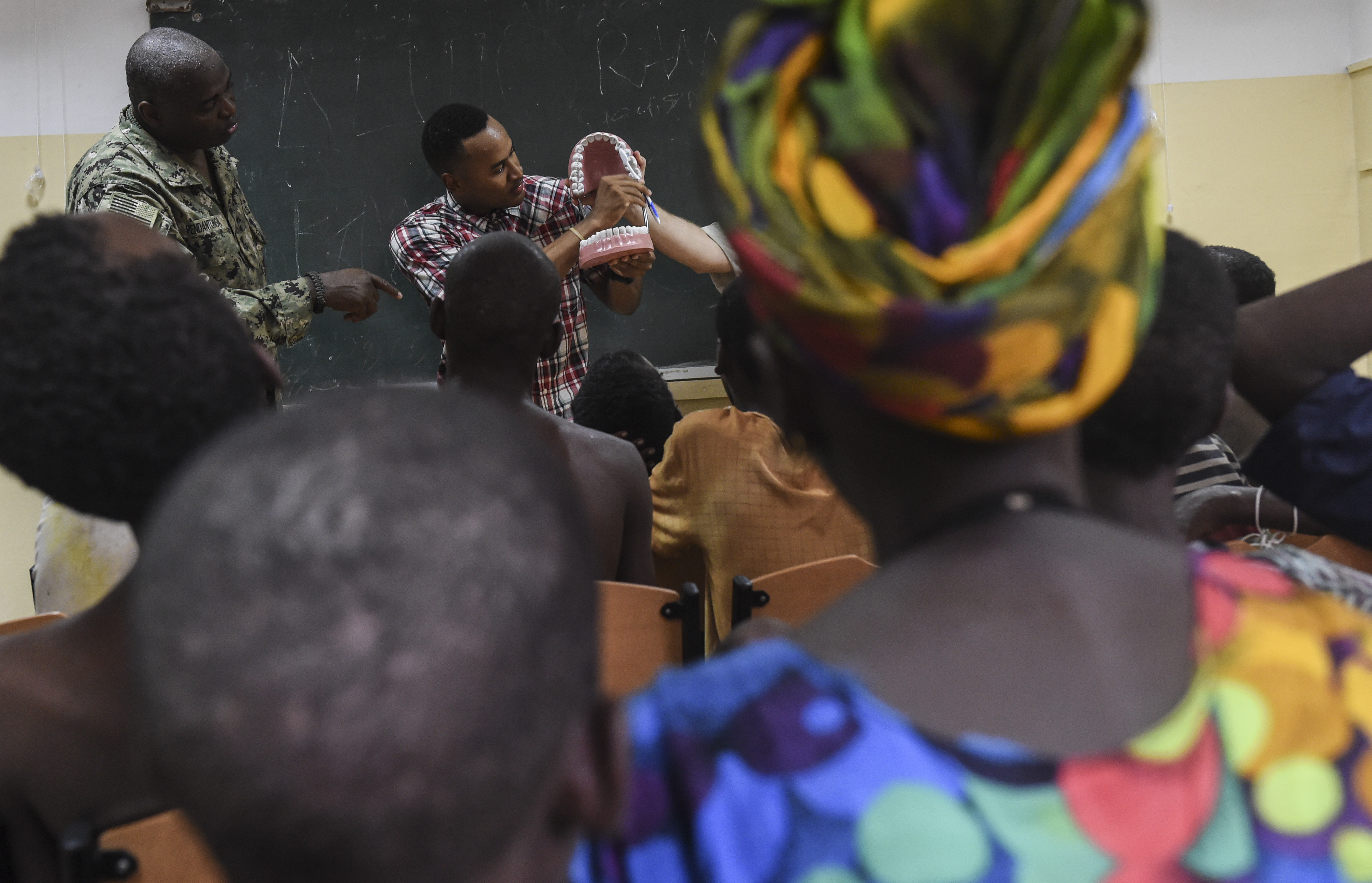