DEBAKA DEBOBESA, Ethiopia (Mar. 15, 2012) - A Health Station worker in Debaka Debobesa Ethiopia instructs a group of Ethiopians on the proper use of a mosquito bed net March 15. Tens of thousands insecticide-treated bed nets were delivered by Civil Affairs Team 4905 to Ethiopians in Samaro and Debaka Debobesa, March 15 and 16 as part of an effort to quell seasonal spike of malaria in the region. (U.S. Air Force photo by Technical Sergeant James Brock)
Download full-resolution 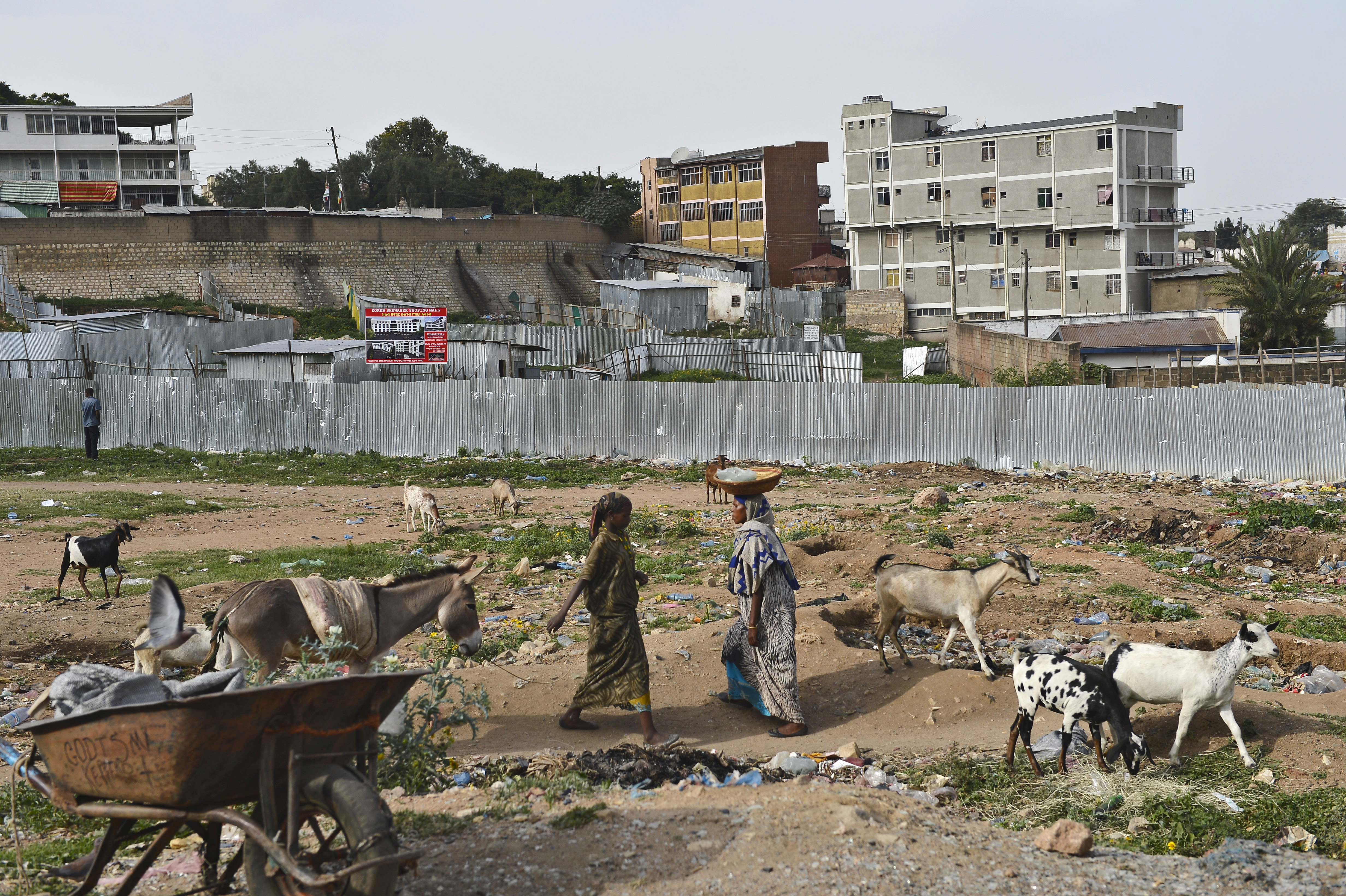 Controlling mosquito populations at Camp Lemonnier, Djibouti, is more than a convenience — it is a vital health service provided by a team of medical specialists to protect camp and Combined Joint Task Force–Horn of Africa personnel from the possible spread of mosquito-borne diseases such as malaria.

Situated in the highlands overlooking Ethiopia's Rift Valley, the town of Hirna was the site of a Veterinary Civic Action Program Oct. 22-28, where district animal health workers received continuing veterinary education and local farmers' cattle, sheep, and goats were examined, treated, and vaccinated against disease.

The VETCAP was organized as a partnership between the Ethiopian Food, Medicine, and Health Authority, Oromia Province veterinary professionals, and the U.S. Army&#

The VETCAP's mission is to strengthen capabilities of community animal health workers, ensure livestock health, enhance agriculture and economic stability, and develop trust and confidence with this CJTF-HOA partner nation.

The primary purpose of the visit was to speak to the Airmen deployed here and gain insight into their health and well-being. During his stop Roy also visited with CJTF-HOA senior leadership and toured various Air Force units located at Camp Lemonnier.

"As I talked to Airmen, they are excited about being here," sa