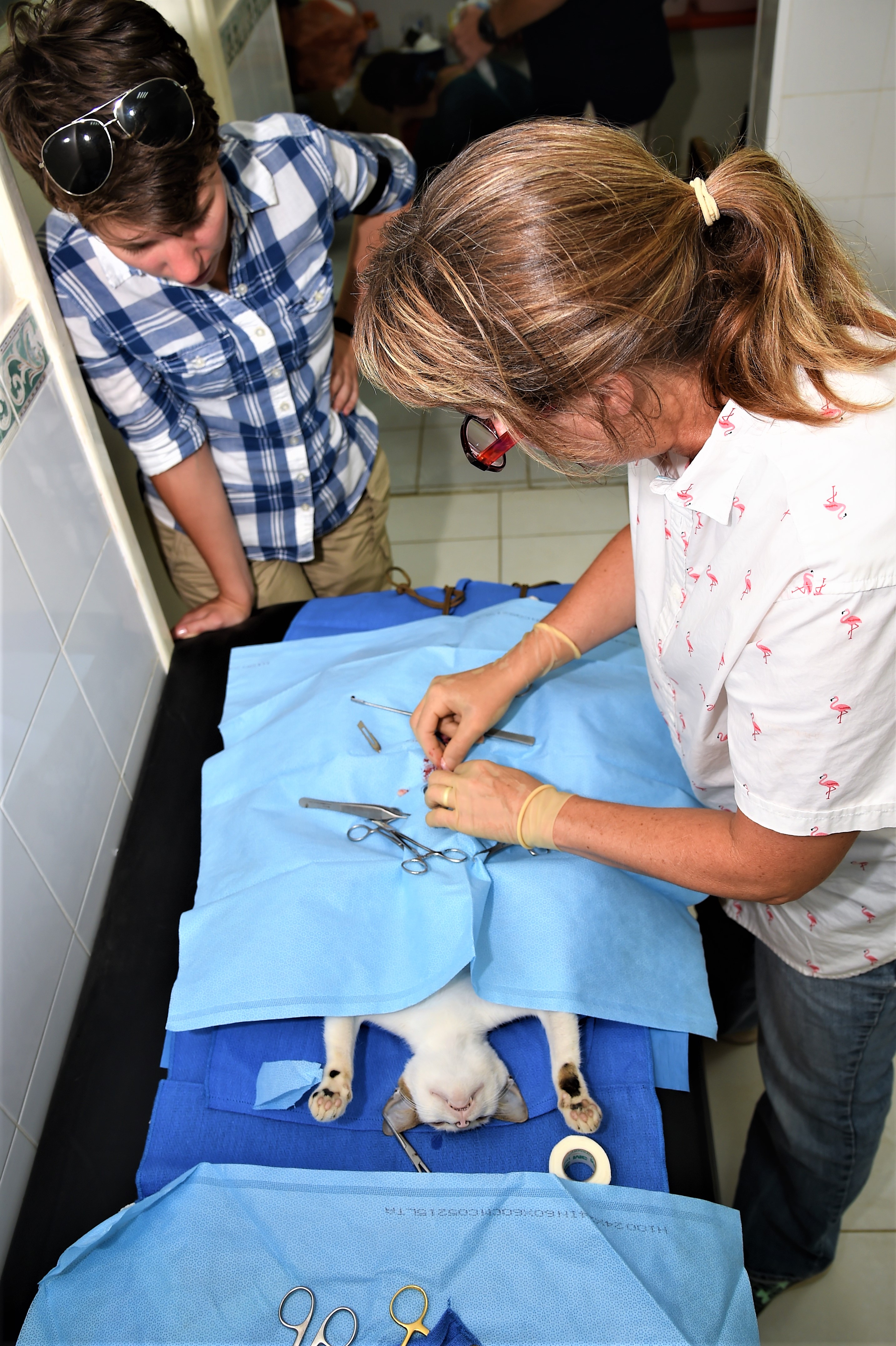 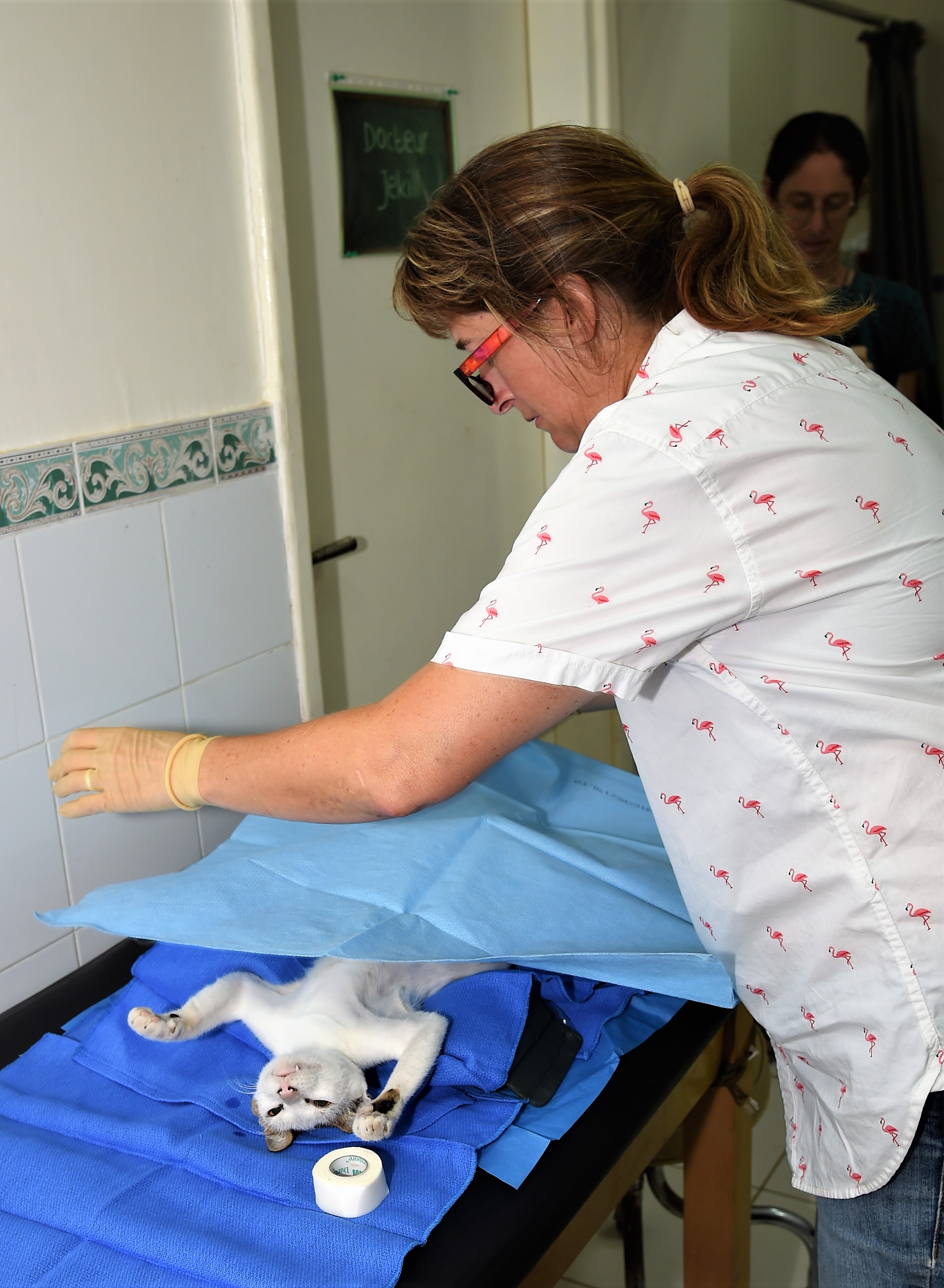 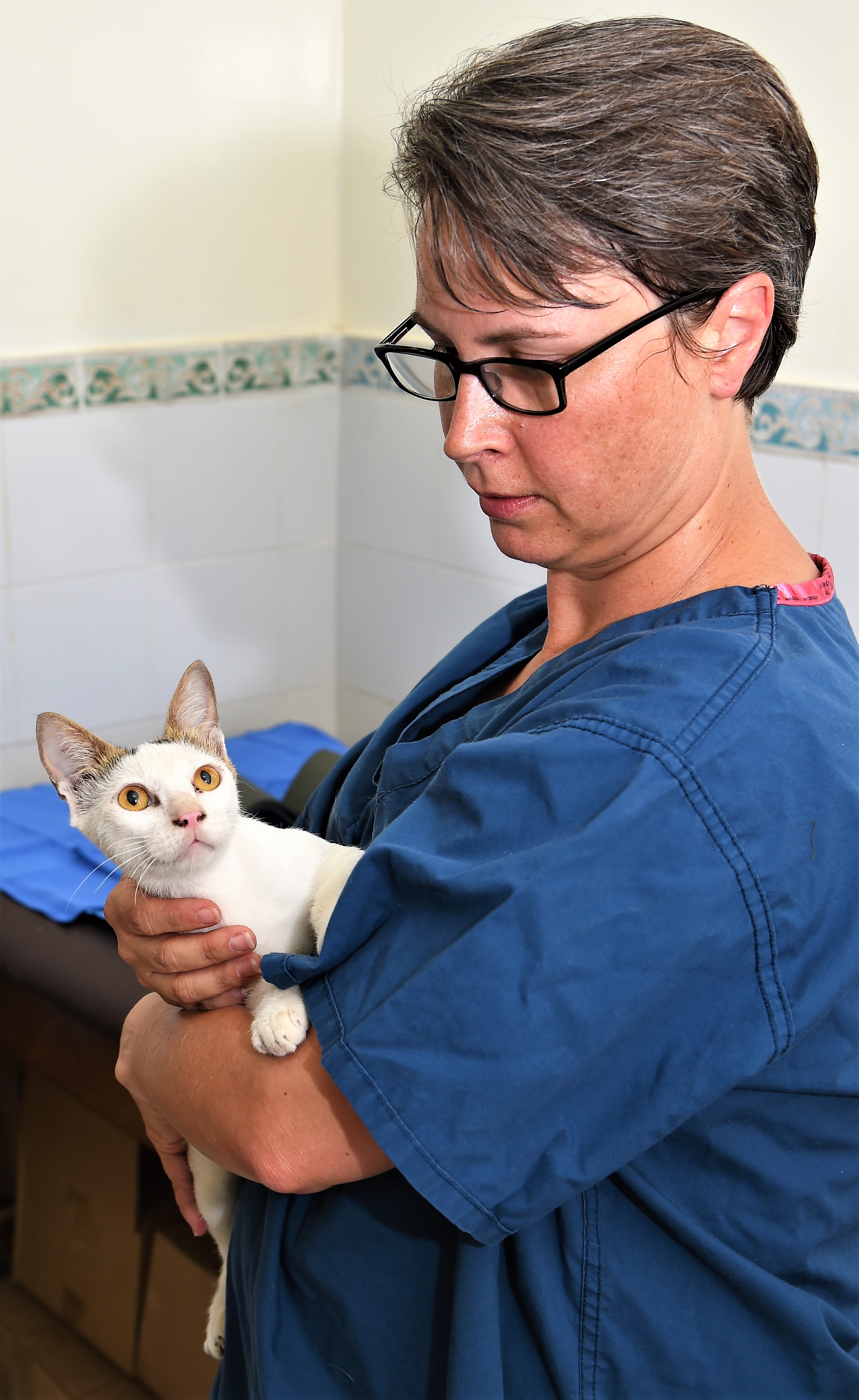 The felines are a constant presence in and around Caritas Djibouti – a mission serving humanitarian aid and education mostly to Djiboutian children living on the streets – and are proximal to both children and adults at the location, including CJTF-HOA members who often volunteer there.

“If we’re going to have our members going out to Caritas, volunteering their time to do a good thing for the local people, we need to mitigate the risk of them picking up some kind of disease from an animal here,” Lt. Col. Erica Himes, 443rd CAB FXSP veterinarian. “It’s a form of force protection.”

To execute their mission of assisting regional partner nations facilitate a secure and stable East Africa, U.S. military members must maintain their health. But it’s not just military members who benefit from the veterinary work, it’s also the local population.

“Part of me has always wanted to help people; so, coming here on this civil affairs mission is making an impact where we go,” said U.S. Army Capt. Kimberly Jordan, 443rd CAB FXSP veterinarian. “Helping out those that can’t afford the procedures – preventing the cats from overproducing and those at Caritas from possibly getting sick has a far-reaching affect. We’re aren’t just treating an animal, we’re protecting all the people that come in contact with that animal.”

The veterinary care also serves to strengthen relationships with the host nation. CJTF-HOA discussed and garnered approval for the veterinary care program with the Djiboutian Ministry of Agriculture, Livestock, and Fisheries. According to the veterinarians, felines in the region are helpful in vermin and insect control; therefore, keeping them healthy plays an integral role in the local ecosystem. They also stated that 50,000 to 60,000 people on the African continent die of rabies yearly. Therefore, the work of the civilian affairs team – and their animal immunization practices – can be noted as a direct factor in decreasing the mortality rate here.

“We have these cats that we’re trying to take care of, but also reduce the population,” said Caritas volunteer Marianne Vecchioli. She stated that from the two cats being treated that day, they had an additional five kittens. “We’ve been working with [CJTF-HOA] here at Caritas and asked them if they could help us.”

CJTF-HOA veterinarians have provided similar assistance throughout the Horn of Africa. In some instances, it has been in direct support of nations involved with the African Union Mission in Somalia (AMISOM) – an active, regional peacekeeping mission operated by the African Union with the approval of the United Nations in Somalia.

“Unfortunately, all animals carry some sort of zoonotic disease,” said Himes. “And the more animals there are, the more the issue arises. When we’re out in these foreign countries, there are many diseases that can be contracted by the animal population. Our mission is to take care of as many animals as we can, so that we can take care of as many people as we can.”