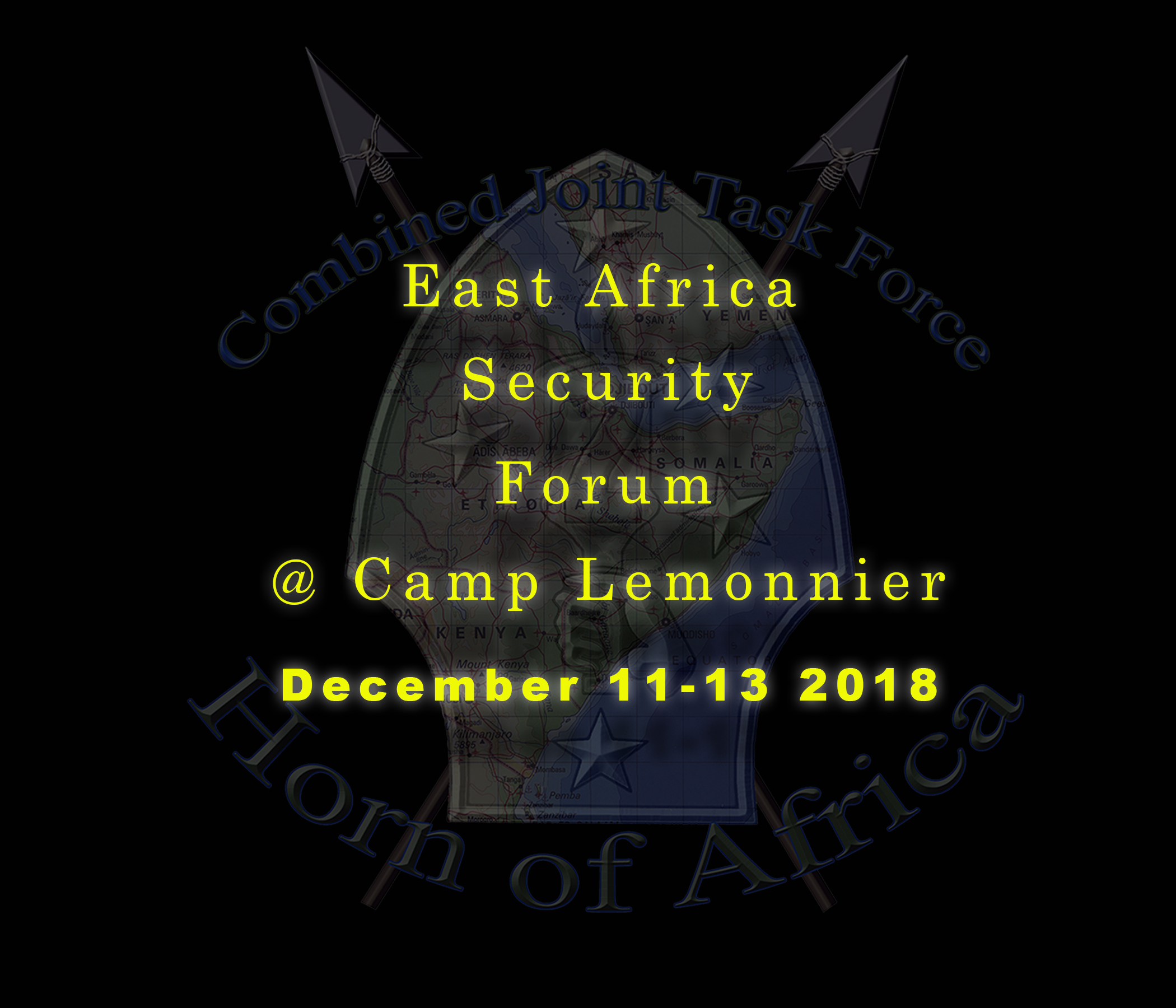 The forum will bolster Department of Defense and State Department integration, while setting the conditions to increase capability and capacity building for African partner nations in the CJTF-HOA combined joint operations area.

“A secure, stable, and prosperous Africa is in our national interest,” said U.S. Army Maj. Gen. James D. Craig, commanding general of CJTF-HOA. “This event provides an opportunity for CJTF-HOA, State Department and interagency partners to focus on “whole-of-government” efforts, which in turn supports U.S. government foreign policy and AFRICOM’s ‘by, with, and through’ approach to military-to-military activities and security cooperation and assistance programs.”

The U.S. is committed to setting conditions for increased economic growth, trade and investment in East Africa, Craig added.

“We place tremendous importance on meaningful engagement with our many stakeholders across East Africa,” said U.S. Army Brig. Gen. William L. Zana, deputy commanding general of CJTF-HOA. “Working closely with the chiefs of mission and senior defense officials, we’re able to better understand their specific challenges and better tailor our support. Ultimately, our goal is to more effectively enable African nations and organizations to develop and implement their own solutions to the issues they face.”

The forum comes at a critical time, and will ensure the Department of Defense and State Department improve the integration and synchronization of respective lines of effort to implement national security goals, Zana said.

“The U.S. Administration will shortly be introducing its new national security strategy for Africa in the face of the great power competition,” said Irvin Hicks, foreign policy advisor (POLAD) for CJTF-HOA. “The United States remains committed to being the preferred partner for economic prosperity, good governance and security throughout the continent of Africa.”

This event provides a forum where CJTF-HOA and interagency leaders can assess and align efforts to support common goals. The conference includes discussion panels and briefings on a spectrum of topics, providing an opportunity to share information and support bilateral relationships.

The U.S. Mission in Djibouti has partnered closely with CJTF-HOA in planning for this forum.

“Our top Integrated Country Strategy mission goal is to strengthen security for the United States, Djibouti, and the region,” Amb. Larry André Jr., U.S. Ambassador to Djibouti, agreed. “The EASF allows us to work collaboratively with our U.S. Goverment colleagues across the region, both military and civilian, to advance this goal by planning strategically for the year ahead.”

The location of this forum at Camp Lemonnier underlies the continuing importance of the U.S. relationship with Djibouti. The 2014 Implementing Arrangement stipulates that the U.S. lease on Camp Lemonnier extends to 2034, with the option for an additional ten-year extension. After its signing, the Department of Defense embarked on additional military construction efforts at the base, with projects totaling nearly $1 billion, sending a clear message that the U.S. military presence has evolved from an expeditionary mode to a more enduring one.