Rodriguez is AFRICOM's third commander since the command was established in 2008 to coordinate U.S. military relations and activities with African nations, regional organizations, and the African Union. General Martin E. Dempsey, Chairman of the Joint Chiefs of Staff, presided over the ceremony.

"(General Rodriguez) is one of our nation's most highly regarded senior officers and strategic thinkers," Dempsey said during his remarks. "At every level of command, in peace and war, he has proven his mettle, He is smart and decisive, he cares about the mission, but he also cares deeply about his people. With more than 36 years of experience, he knows the importance of building relationships and establishing trust."

Before an audience of more than 1,000 AFRICOM service members, civilian employees, and invited guests, Dempsey praised Ham for leading Africa Command since March 9, 2011.

(Click here to see a video of the ceremony.)

"You found new ways to deepen partnerships and to build capability. Your support has enabled African-led coalitions to tackle some of Africa's most complex challenges. And together, you have critically weakened Al-Shabaab, put the Lord's Resistance Army on the run, and helped beat back extremism in Mali."

Dempsey added that AFRICOM's achievements are "the product of your principled and grounded leadership."

Ham, who traveled to 42 African nations during 101 trips to Africa, is retiring later this year after 39 years of service, including two years as an enlisted infantryman in the 82nd Airborne Division.

In his remarks, Ham said the day he took command he pledged to then Secretary of Defense Robert Gates that the command would "do our best each and every day to uphold the trust and confidence" of the nation. "I report to you now that we have fulfilled that pledge. I depart the command confident that the women and men assembled here today and those deployed across the wide expanse of Africa, are indeed, moving forward together."

Ham said challenges remain ahead, "but I remain wholly confident that the Africa Command team, under General Rodriguez's most capable leadership, will meet each and every one of those challenges with agility, imaginative thought, and unselfish dedication."

Rodriquez comes to AFRICOM from Fort Bragg, North Carolina, where he was the Commanding General of U.S. Army Forces Command. Previously, he served as commander of the International Security Assistance Force Joint Command (IJC) and deputy commander of U.S. Forces-Afghanistan (USFOR-A) from November 12, 2009, to July 11, 2011.

"It is a privilege and an honor to be here today and to take command of United States Africa Command," Rodriguez said. "General Ham has done a tremendous job leading this command. I will continue this effort and work to build on the relationships that General Ham has established with our African, European, and all our international partners. These partnerships are essential to achieve our shared objectives."

Rodriguez is AFRICOM's third commander since the command was established in 2008 to coordinate U.S. military relations and activities with African nations, regional organizations, and the African Union. General Martin E. Dempsey, Chairman of the Joint Chiefs of Staff, presided over the ceremony.

"(General Rodriguez) is one of our nation's most highly 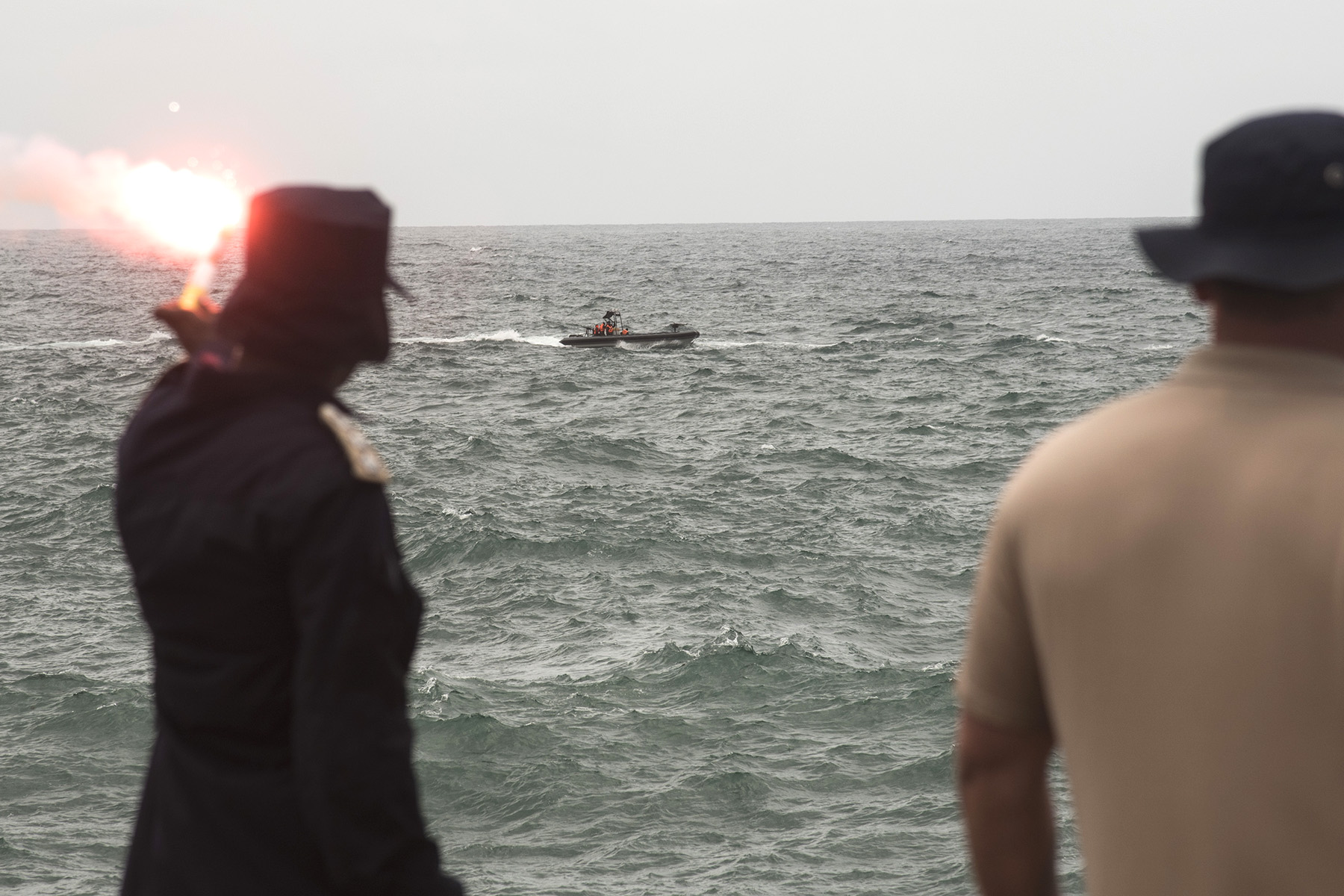 Five small boats with the Somali Police Force Maritime Police Unit conduct a maritime exercise demonstrating their capabilities off the coast of Mogadishu, Somalia. Representatives from approximately seven countries involved in improving security and stability in Somalia observed the demonstration Aug. 25, 2016. Trained by the United Nations Office on Drugs and Crime, the maritime police unit received two new vessels for training and interdiction operations around the coast of Somalia. 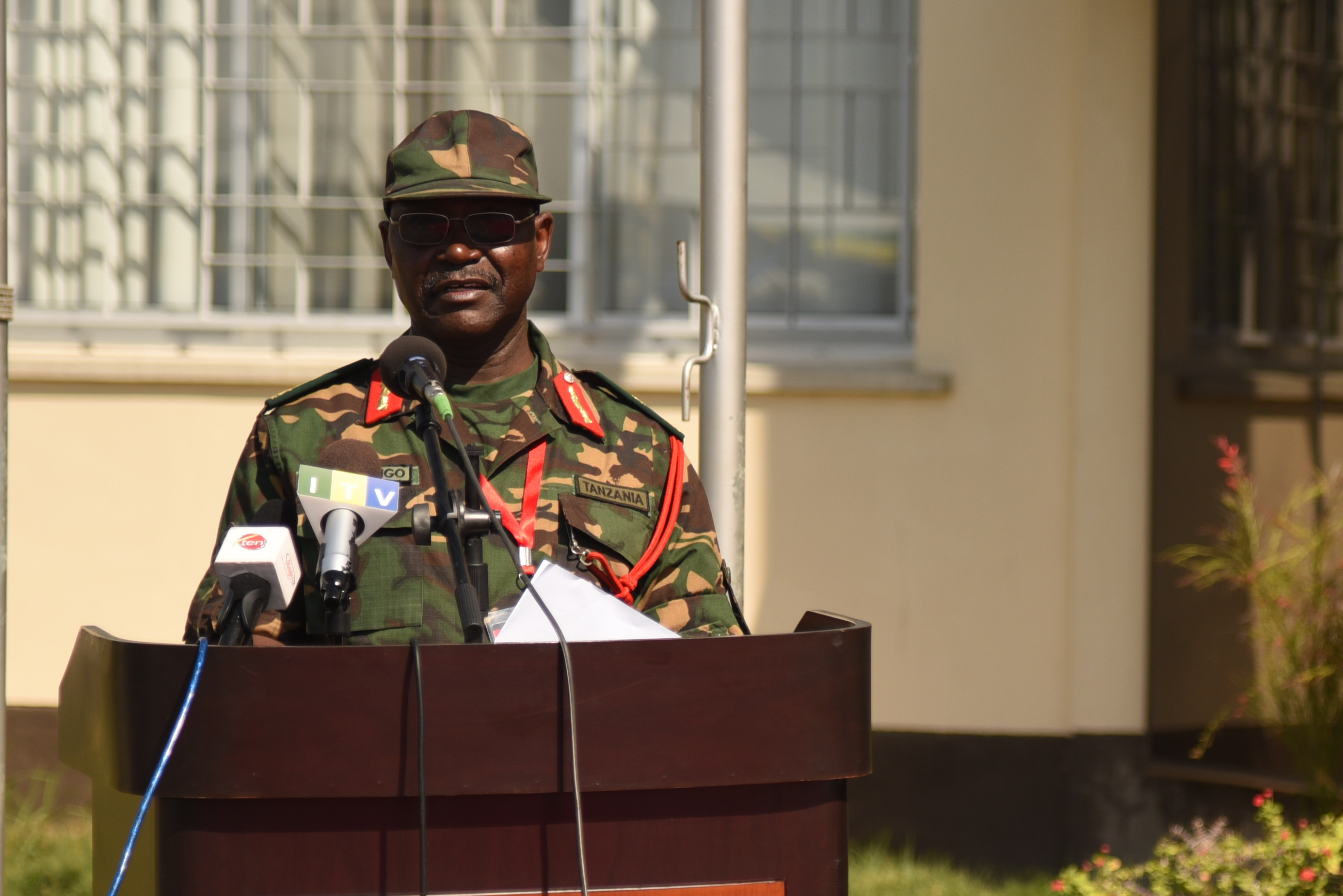