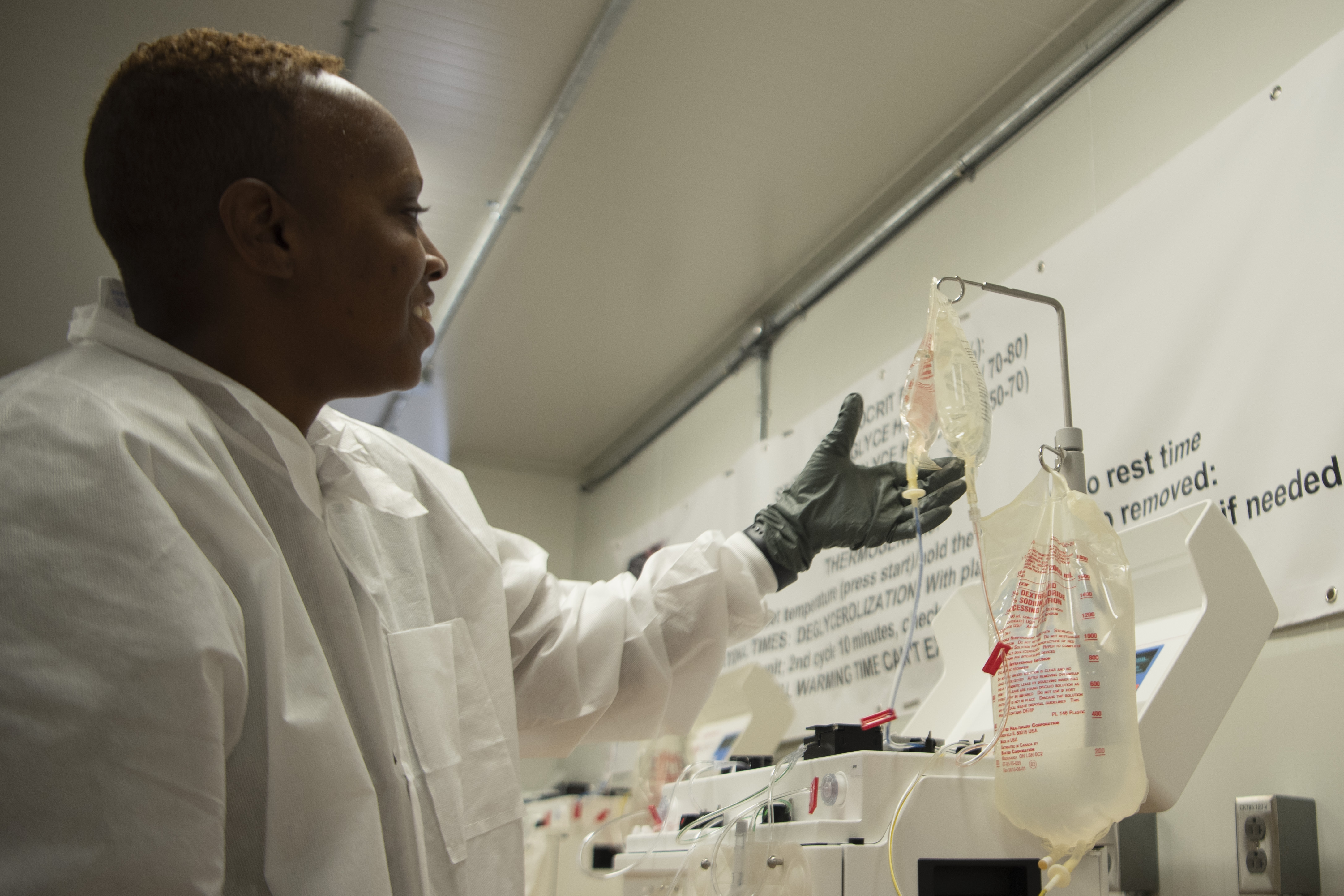 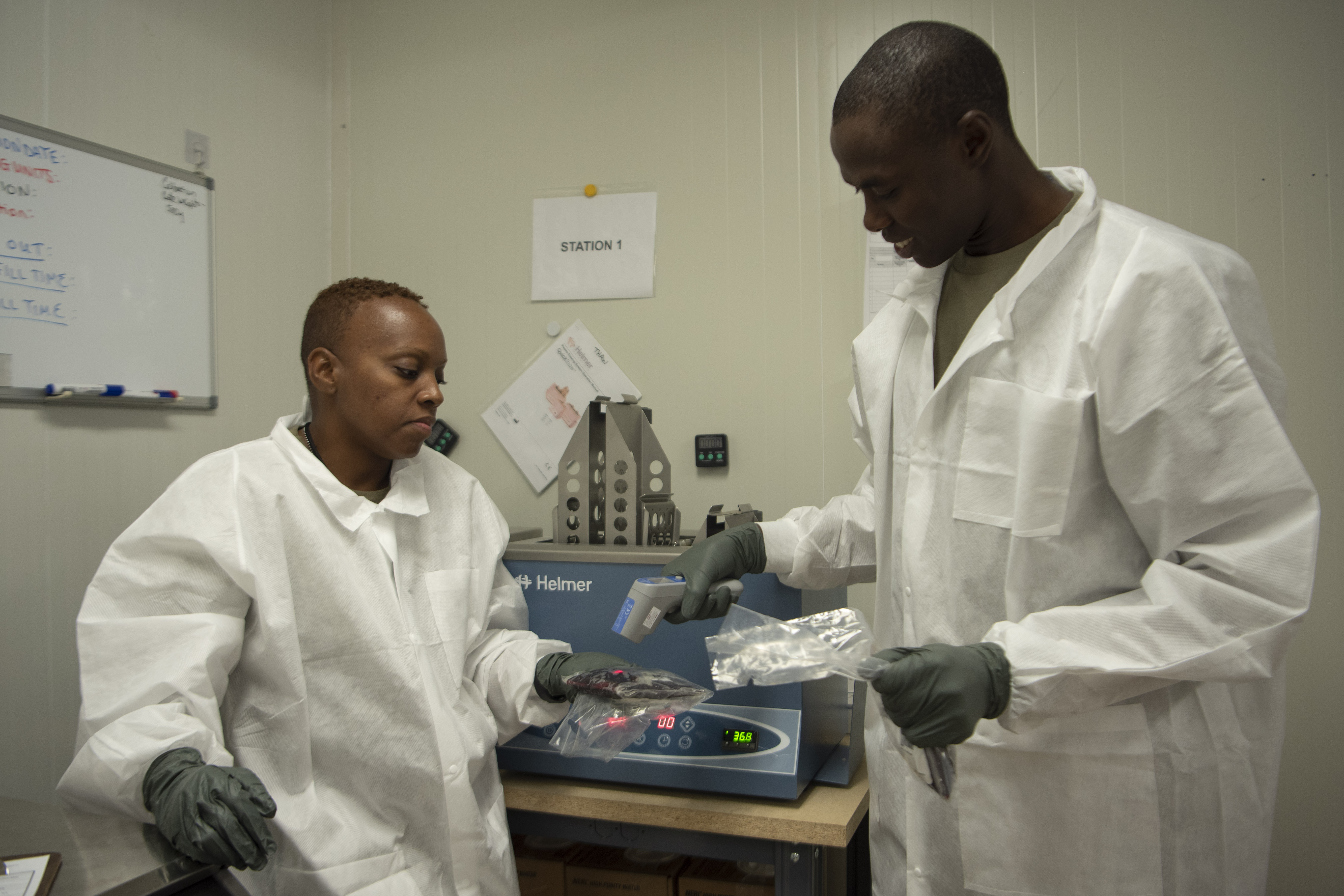 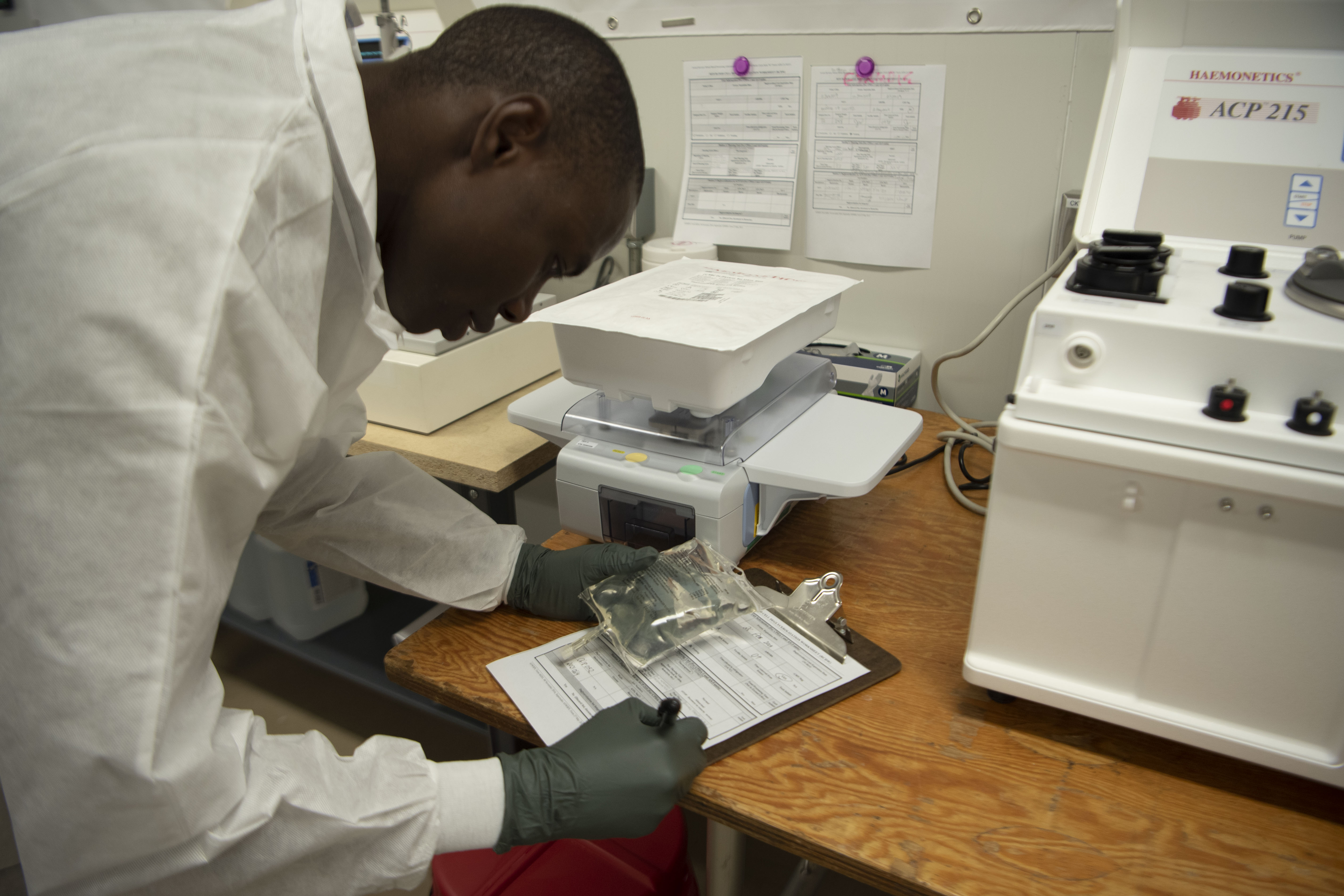 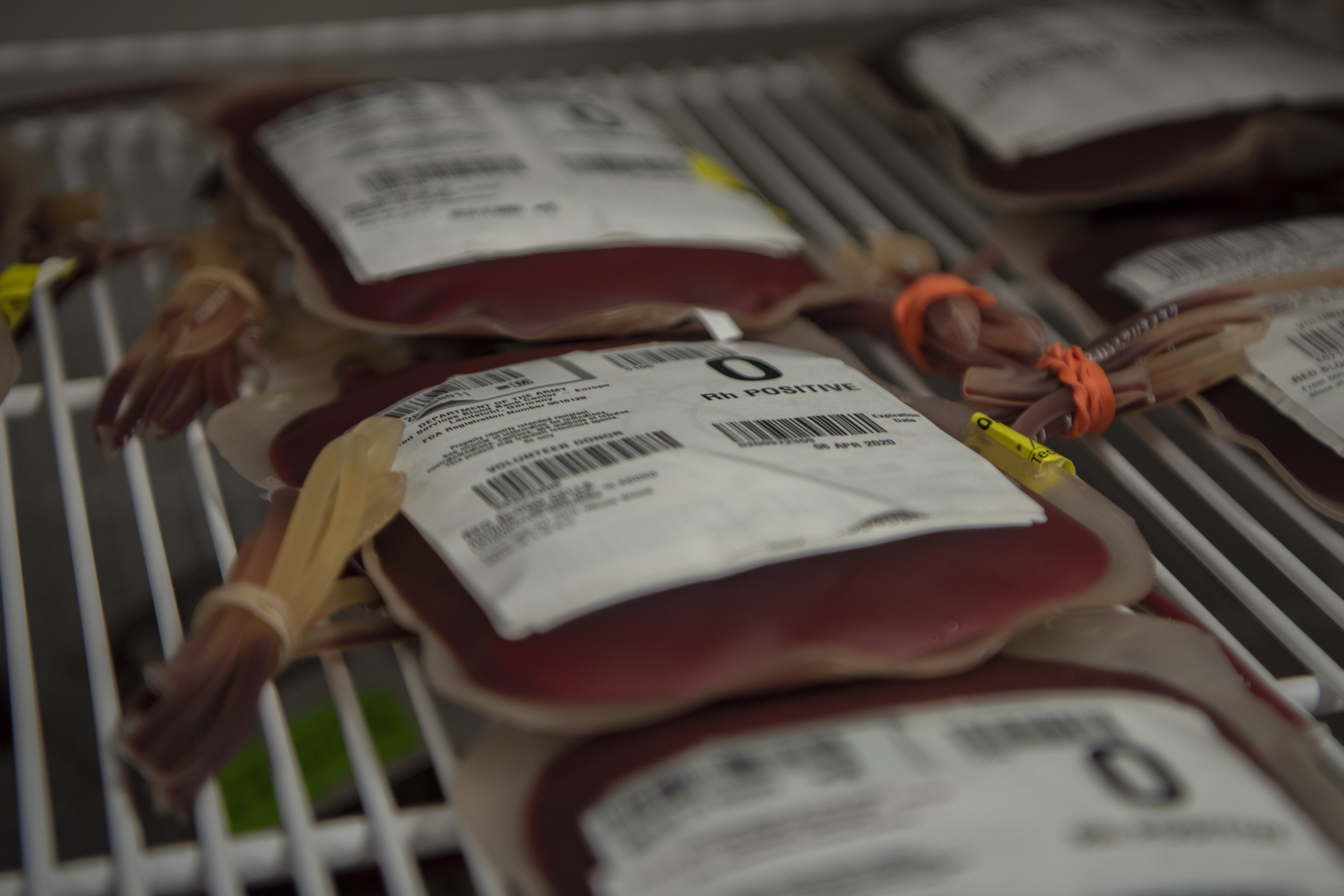 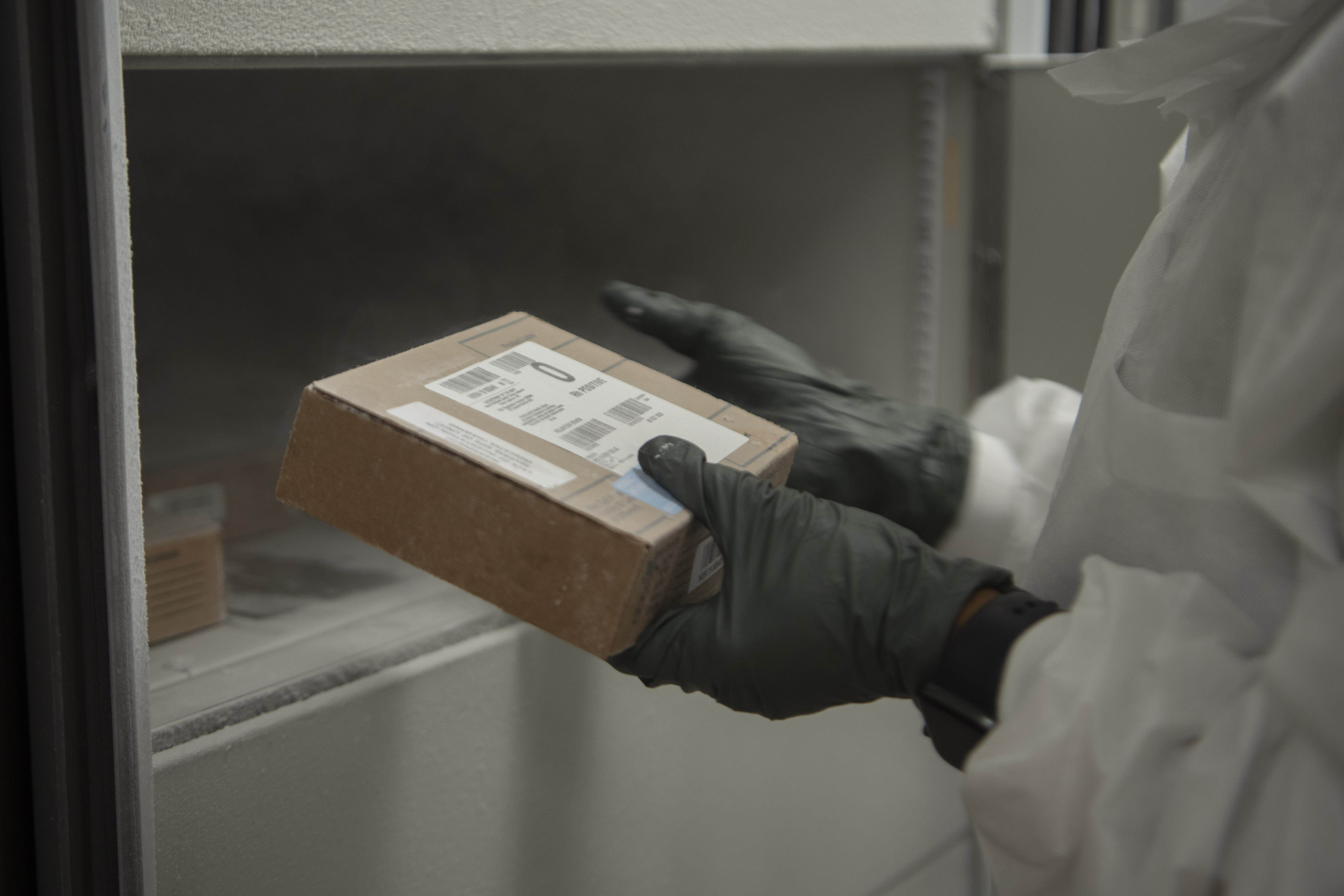 A significant amount of specialized medical equipment and supplies are required to have the storage and distribution center running at full functionality, Wright said. One of the primary pieces of equipment used is the Automated Cell Processor (ACP) 215, which safely freezes, thaws, and washes red blood cells.

Frozen blood, which is kept below -65 degrees Celsius, can be stored for up to 10 years, but once it’s gone through the deglycerolization process, it must be used within 14 days, Wright said.

“Prior to this equipment arriving, we were not able to repair frozen blood; fresh blood was the only option available,” Wright said. “The storage and distribution center doesn't replace the need for chilled blood entirely, but it offers the ability to store hundreds of units locally.”

Camp Lemonnier’s Expeditionary Medical Facility (EMF) has its own deglycerolization capabilities that primarily focus on locally assigned personnel, but which also support personnel located throughout East Africa. The addition of the new distribution center allows CJTF-HOA to improve response times, not just locally, but throughout all of CJTF-HOA’s AOR, Wright explained.

She added, “Quite a few initiatives had to be accomplished, as well as several modifications to the blood storage and distribution center in order to successfully execute this capability. It’s been a long, tedious process, and it took the entire team to make this happen, but together we got it up and running.”