CJTF-HOA Photo ALI SABIEH, Djibouti - U.S. Naval Academy Midshipmen 1st Class Corinne Landis and Neha Athavale read with children in Ali Shabieh, Djibouti, May 30, 2011, at a library recently renovated by a U.S. civil affairs team. Children at the library read to U.S. service members in English, French and Somali. Third and fourth year cadets from the U.S. Military Academy and midshipmen from the U.S. Naval Academy are visiting the Horn of Africa during a joint mission to participate in key leader engagements, observe civilian and military operations and contribute to building partnerships in the region. (U.S Navy photo by Petty Officer 2nd Class Timothy Wilson)

Six Army cadets and six midshipmen from the U.S. Military Academy at West Point and the U.S. Naval Academy in Annapolis, arrived at the Combined Joint Task Force - Horn of Africa (CJTF-HOA), May 26, 2011, to better understand the role of U.S. forces in the area.

During the course of one month, the students will travel around Djibouti, Ethiopia, Uganda and Tanzania to participate in key leader engagements, observe civilian and military operations and contribute to building partnerships in the region.

"It is as much of a cultural experience as it is a first-hand look of what's happening here," said U.S. Naval Academy Midshipman 1st Class Vincent Debenedetti. "You can hear about anything in a classroom, but real learning comes from experience."

Spending four days in Djibouti, the students first visited the French Marine 5th Legion, toured a civil affairs project in Ali Sabieh, met with the U.S. ambassador to Djibouti and interacted with fellow students at a Djiboutian commando school.

"The idea is to understand the local population," said French Colonel Frederick Gauthielr, commanding officer of the Marine 5th Legion.

The visit highlighted interaction between partner nations working together in a foreign environment. Speaking to the students, Gauthielr said that interacting with his counterparts and experiencing the local cultural is invaluable.

"When you are deployed on future operations, in order to succeed, you must understand this," he said.

U.S. Military Academy Cadet 1st Class Zach Hober said becoming as familiar as possible with the environment and culture in which he is serving, whether in a combat role or humanitarian assistance, is mission essential.

"It is critical as future leaders to be aware and understand what is happening around you," said Hober. "I will be able to teach my soldiers around me how to more effectively accomplish the mission. We all will be able to bring this knowledge and share with our colleagues back home."

Hober said he has been most impressed by the gracious nature of the Djiboutian people.

"They are genuinely interested in who we are," he said. "I expect this to continue in the other countries that we visit. I am happy to be here and grateful for the resources that the U.S. devoted to this endeavor."

In Ali Sabieh, the students visited the Ali Sabieh library which was refurbished by a U.S. Army and Navy civil affairs team who were also responsible for starting the first-ever trash collection system in the village's history.

"People are still using them," said Ahmed Wadaour, the regional council president of Ali Sabieh. "The team always does a wonderful job. For the cadets, I and the people of Ali Sabieh, are thankful they came."

The students are scheduled to return to the village in late June to assist in trash collection and to play a game of soccer with the children from the library.

"It is a very active operation here," said Swan. "We spend a lot of time making sure our partnership with the Djiboutians is tight."

U.S. Naval Academy Midshipman 1st Class Zachary Drum said everything he has experienced so far has been invaluable.

"We are here to learn as much as we can about these countries," he said. "We will gain further fleet experience and work with other services and partners around the world."

CJTF-HOA personnel have worked closely with their African allies on a variety of civilian and military projects, including cultural exchanges, to strengthen and develop partner nation relationships since the organization was founded in 2002.

In a broader scenario, cultural exchange is the foundation of trust crucial for multi-national coalition operations, said Moroccan Colonel Ne Mlahfi, director of training at the Djiboutian Tri-Service Military Academy.

"It is best for both the Djiboutians and Americans to make friendships," said Mlahfi. "Groups only learn by getting close. We are getting the skills today that will get us further."

"Hopefully, if we do all these things together, we will be better officers," said Drum. "We are learning what is the greater goal and partnerships are the reason we are here in Africa."

"My generation rarely sees this kind of mission and I want to go home and share it with everyone."

Six Army cadets and six midshipmen from the U.S. Military Academy at West Point and the U.S. Naval Academy in Annapolis, arrived at the Combined Joint Task Force - Horn of Africa (CJTF-HOA), May 26, 2011, to better understand the role of U.S. forces in the area.

During the course of one month, the students will travel around Djibouti, Ethiopia, Uganda and Tanzania to participate in key leader engagements, observe civilian and military operations and contribute to building partnerships

The group, led by Oklahoma Senator James Inhofe, stopped in Tanzania, Uganda and Ethiopia, before arriving in Djibouti. The delegation met with U.S. military personnel and foreign leaders to discuss partnership efforts in the region, according to officials.

The delegation met with several servicemembers from their respective states, Combined Joint Ta

For the first time in its nine-year history, the Combined Joint Task Force - Horn of Africa hosted a senior enlisted conference, August 22 to 24, bringing together service members from 11 countries, spanning four continents, to enhance regional and international partnerships and build esprit de corps. 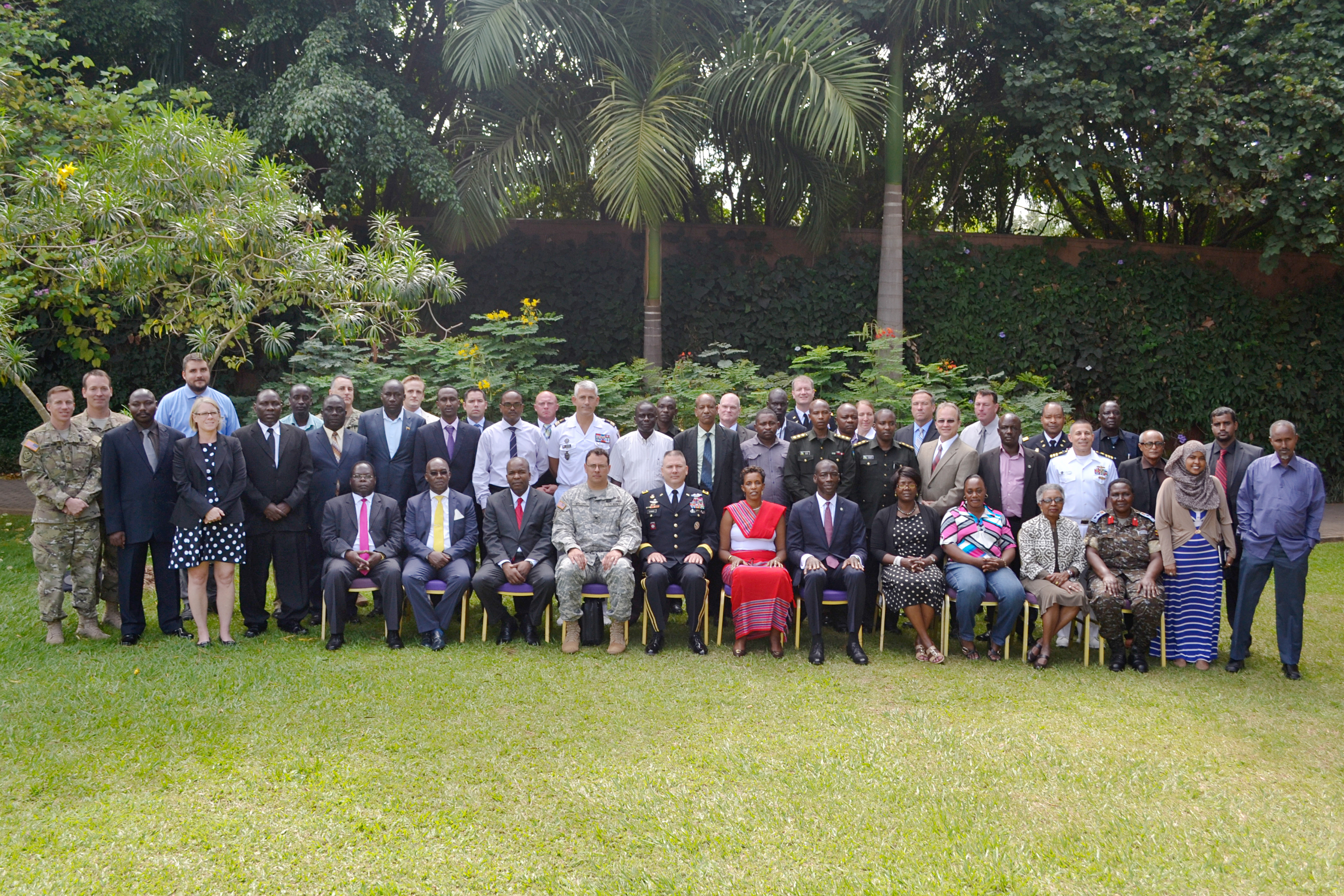 Recently, at the Africa Center for Strategic Studies Managing Security Resources in Africa Seminar, representatives from the Republic of Djibouti, Republic of Kenya, Somalia, Republic of Tanzania, Republic of Uganda, coalition partners, The East African Community and The United States met to discuss strategic security studies, research, and outreach activities in Africa.