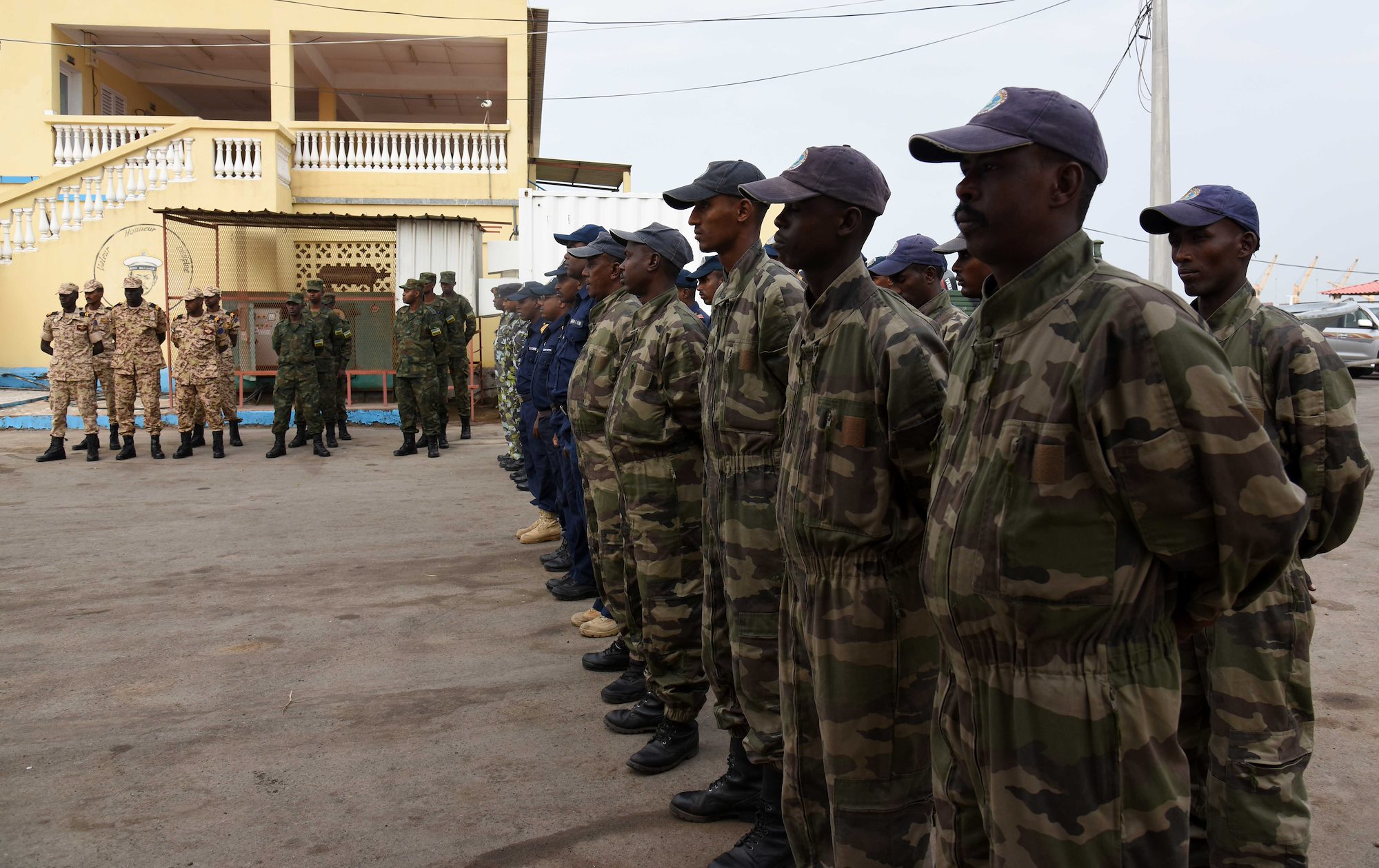 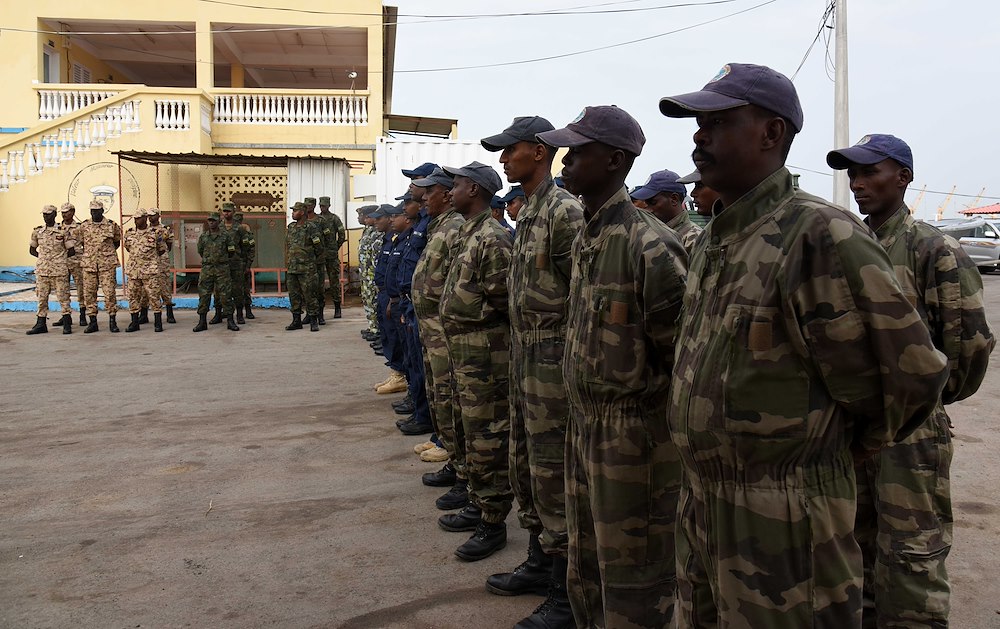 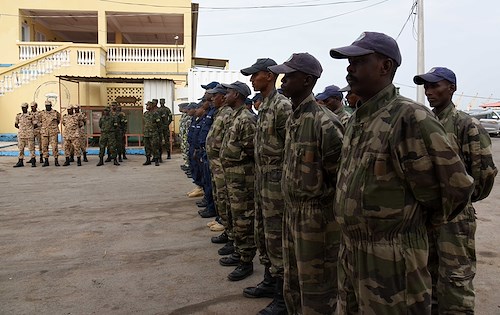 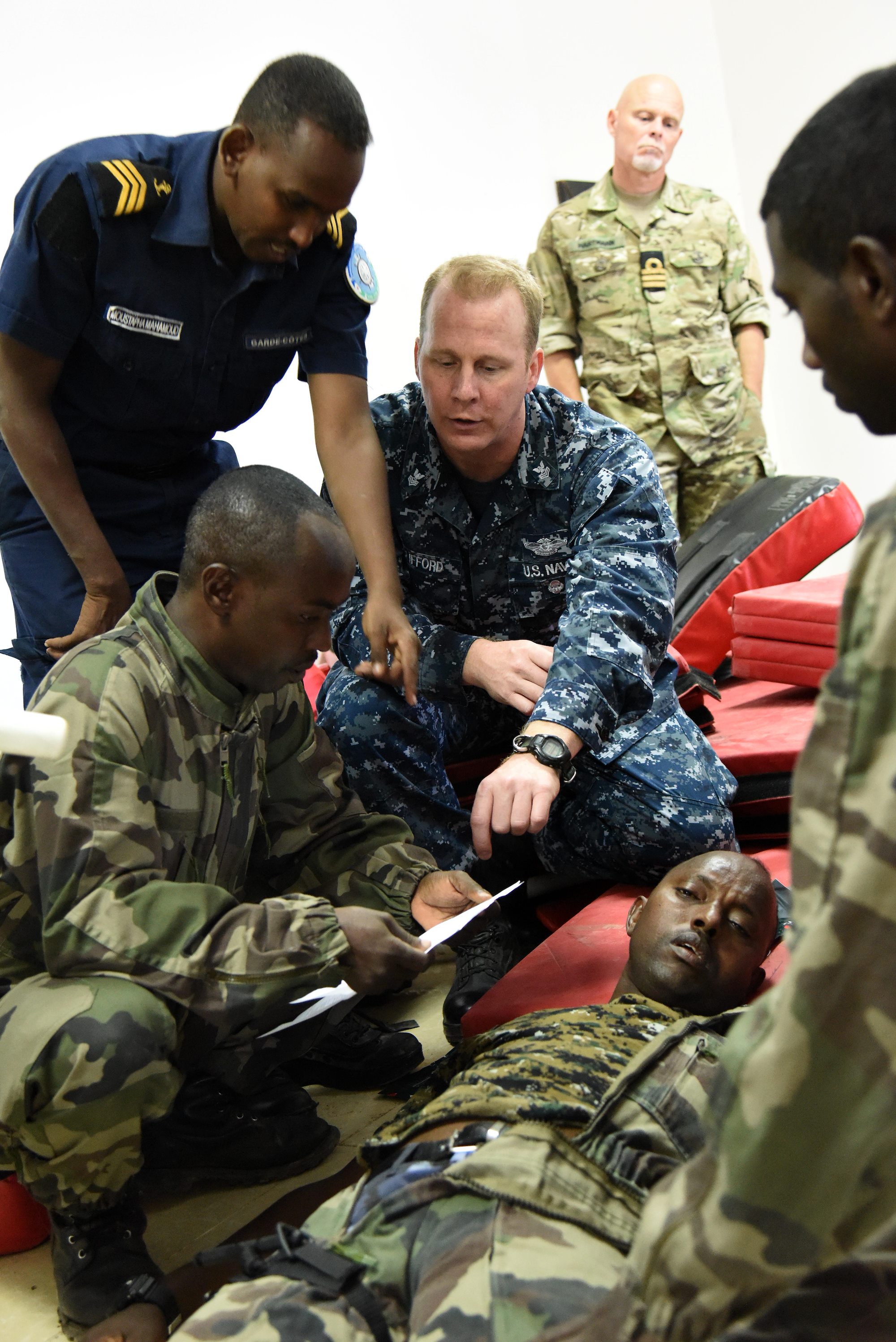 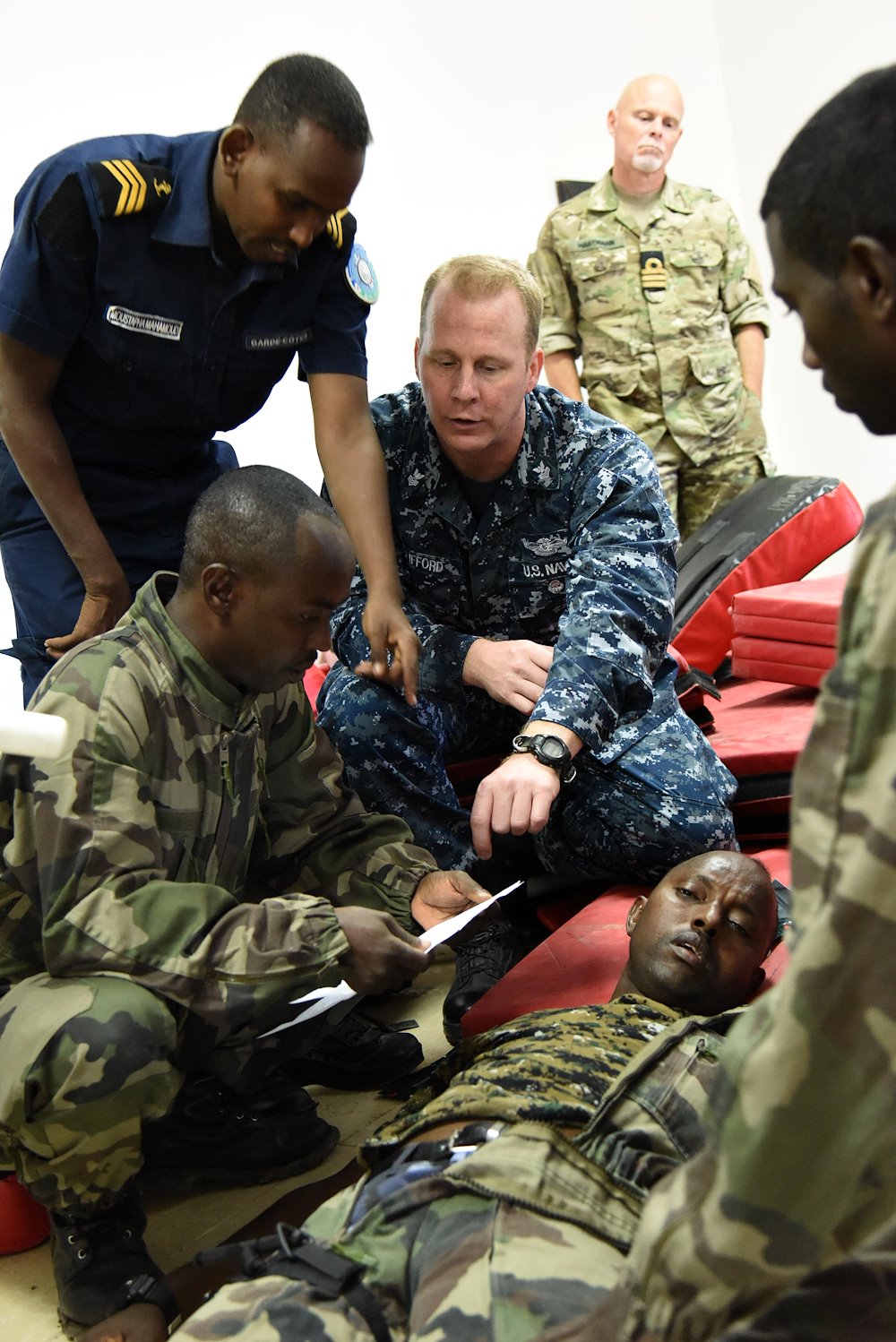 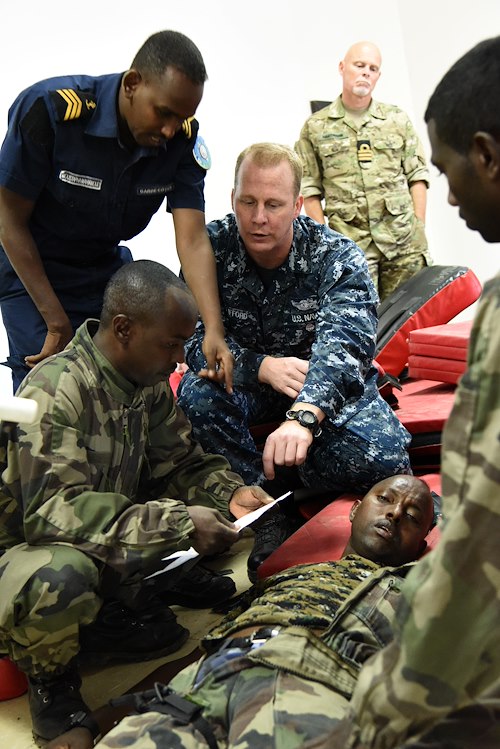 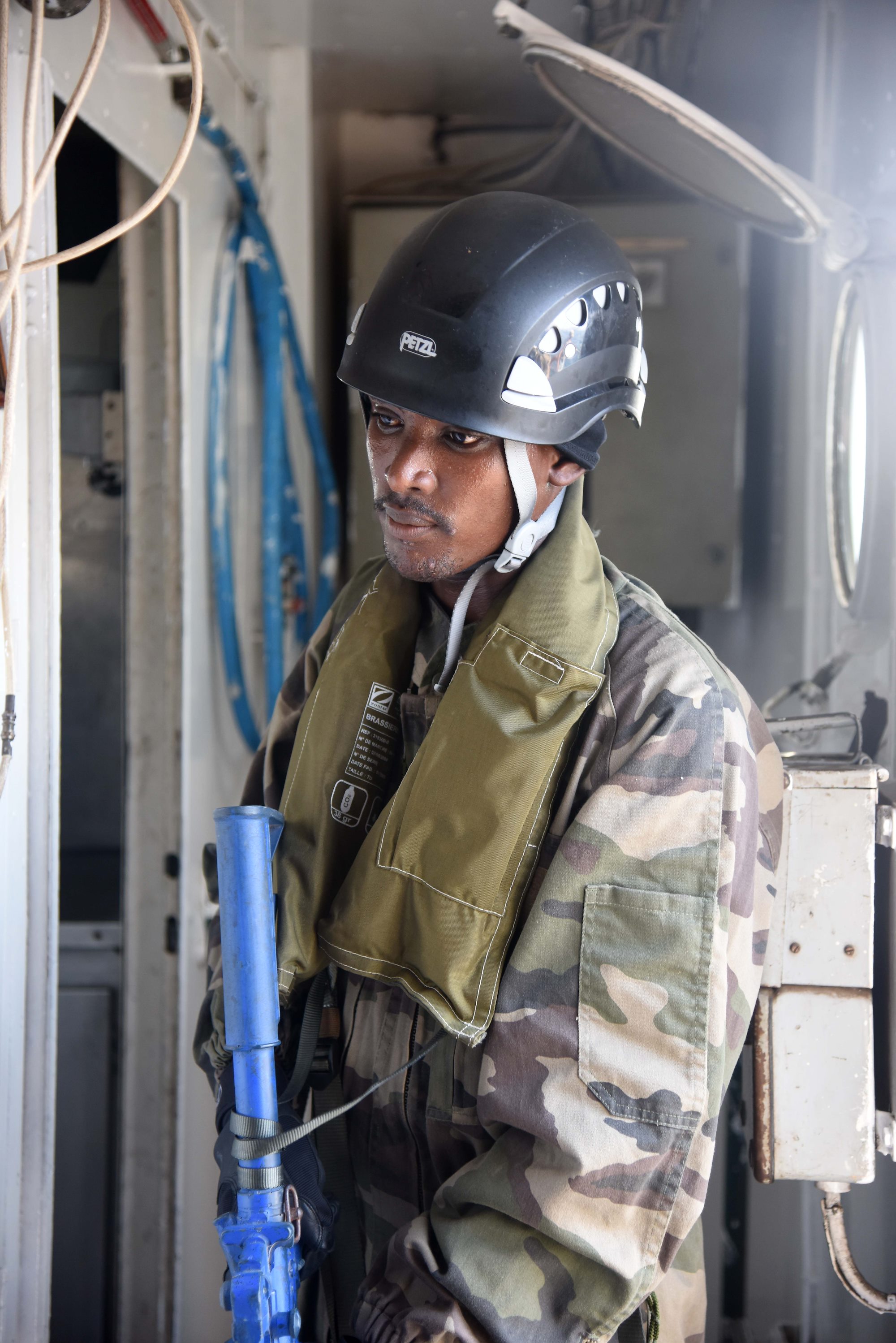 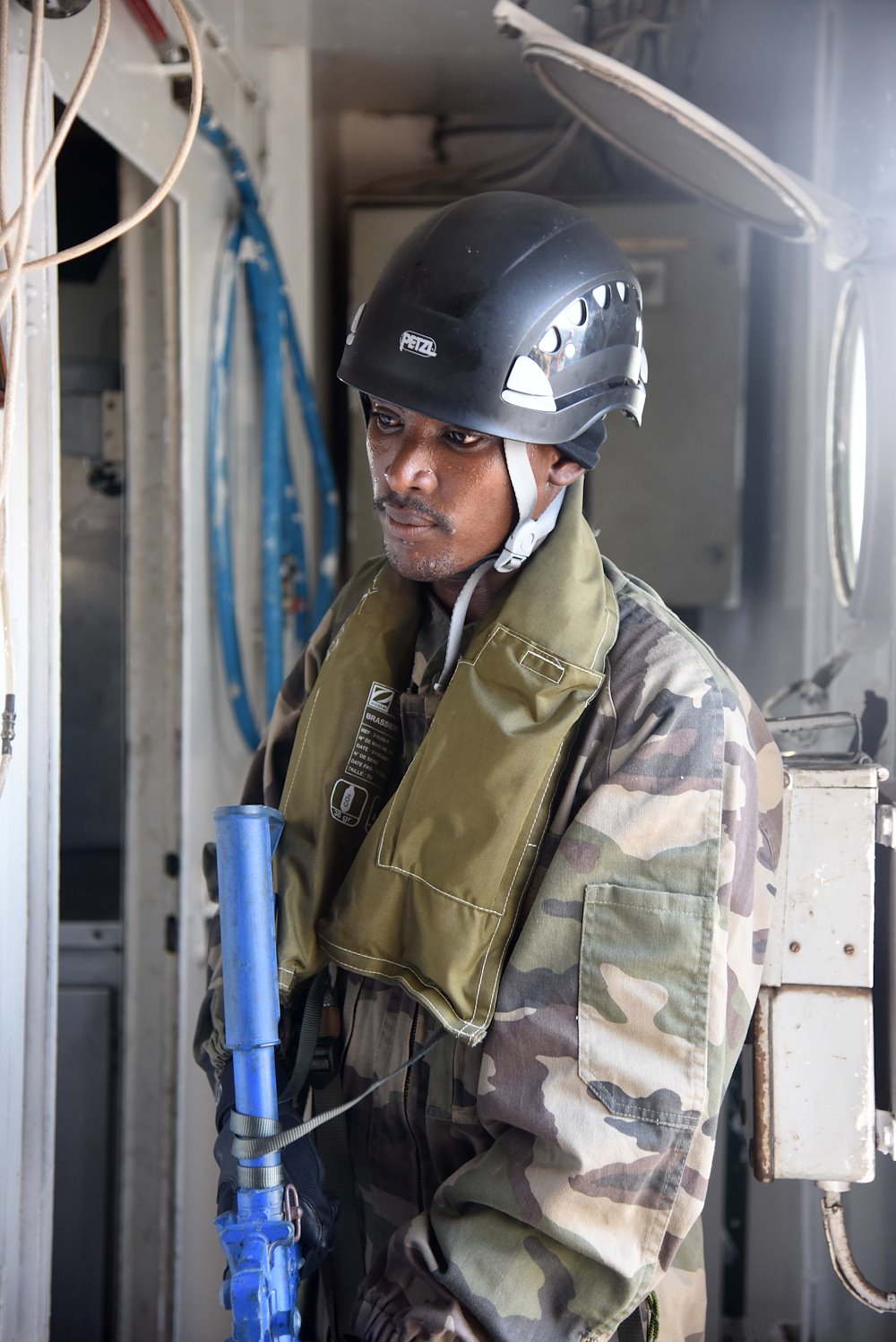 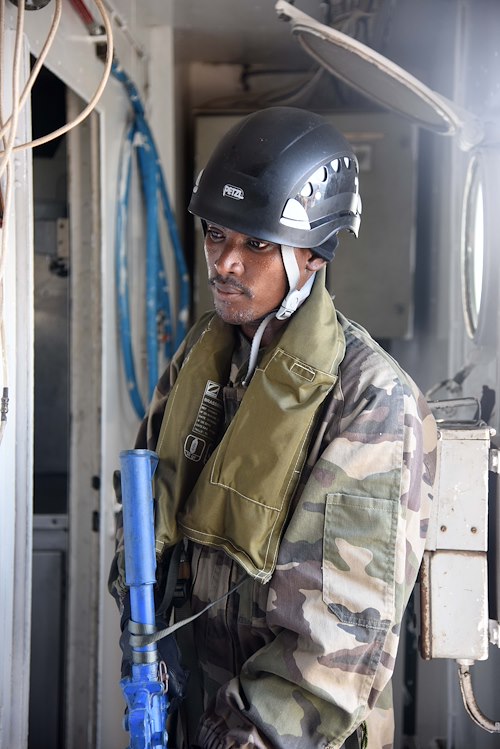 A Djibouti Marine searches a vessel suspected of illicit activity during a visit, board, search and seizure scenario as part of the 2016 Cutlass Express exercise near the Port of Djibouti, Feb. 3, 2016. The goal of the exercise was to strengthen regional cooperation and help address challenges that no single nation is capable of tackling alone.
Share:
Download image
Photo by: U.S. Air Force Staff Sgt. Victoria Sneed 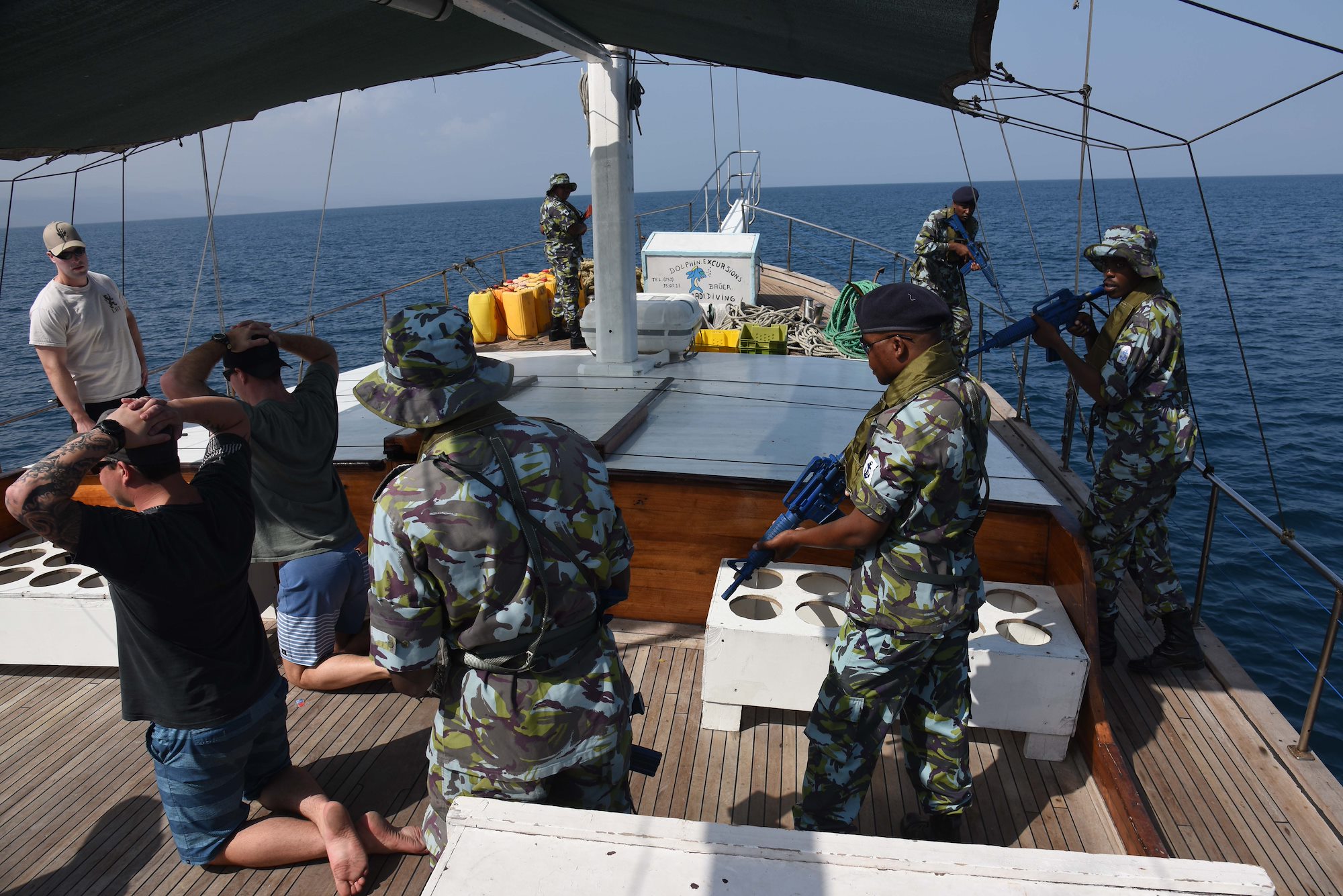 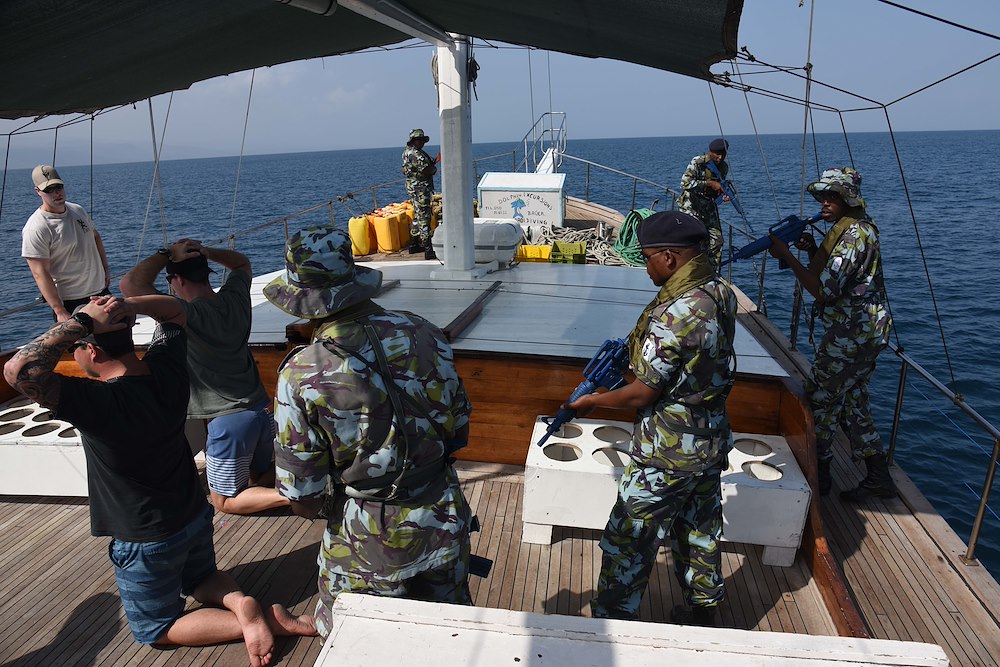 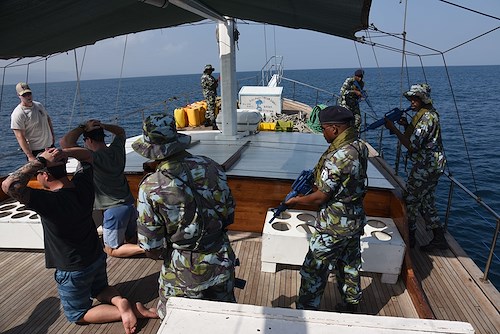 Kenya Defense Force members command crewmembers to their knees after finding a simulated illegal weapons stash as part of the 2016 Cutlass Express exercise near the Port of Djibouti, Feb. 2, 2016. Cutlass Express is a U.S. Africa Command-sponsored multinational maritime exercise designed to increase maritime safety and security in the waters off East Africa, western Indian Ocean, and in the Gulf of Aden.
Share:
Download image
Photo by: U.S. Air Force Staff Sgt. Victoria Sneed 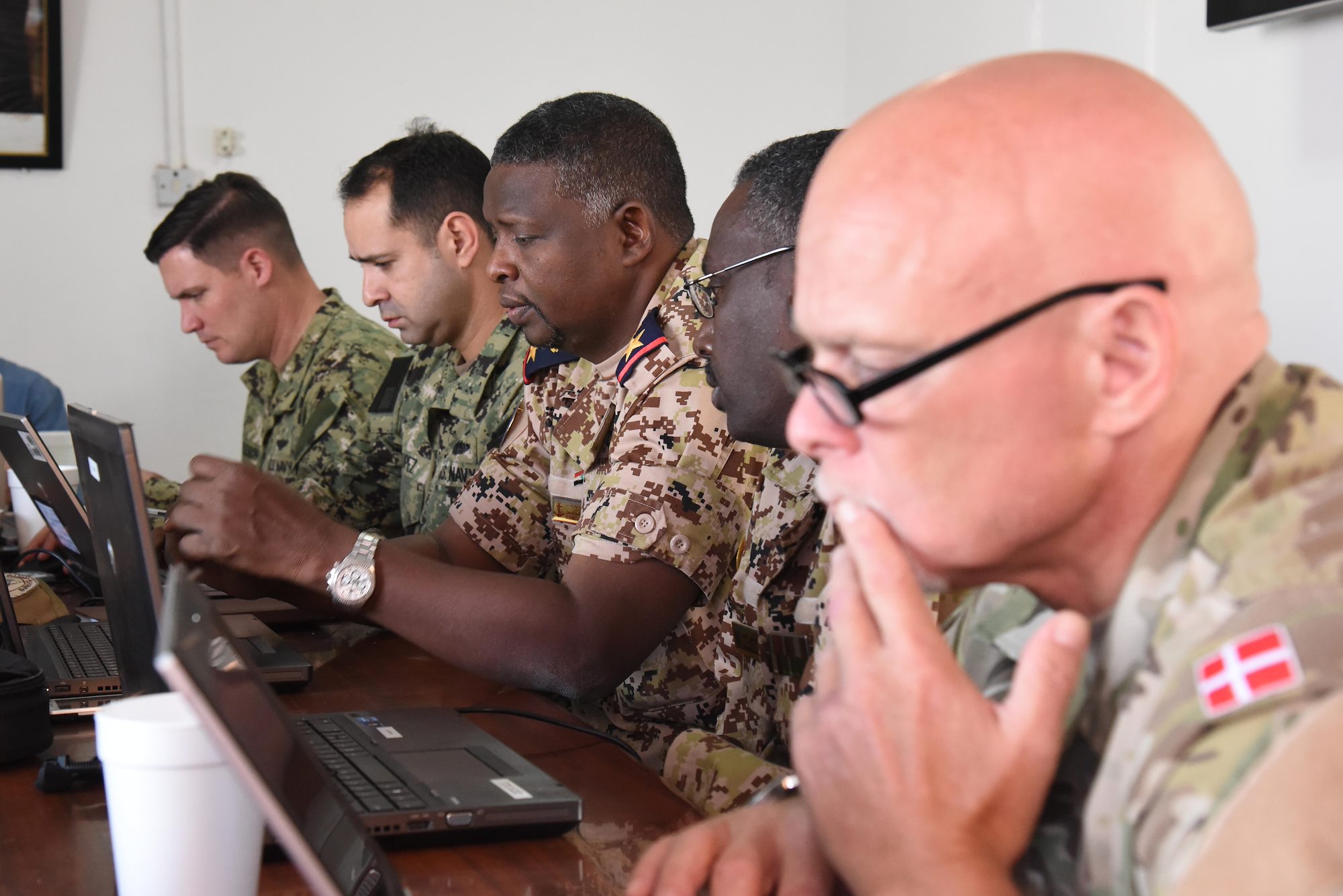 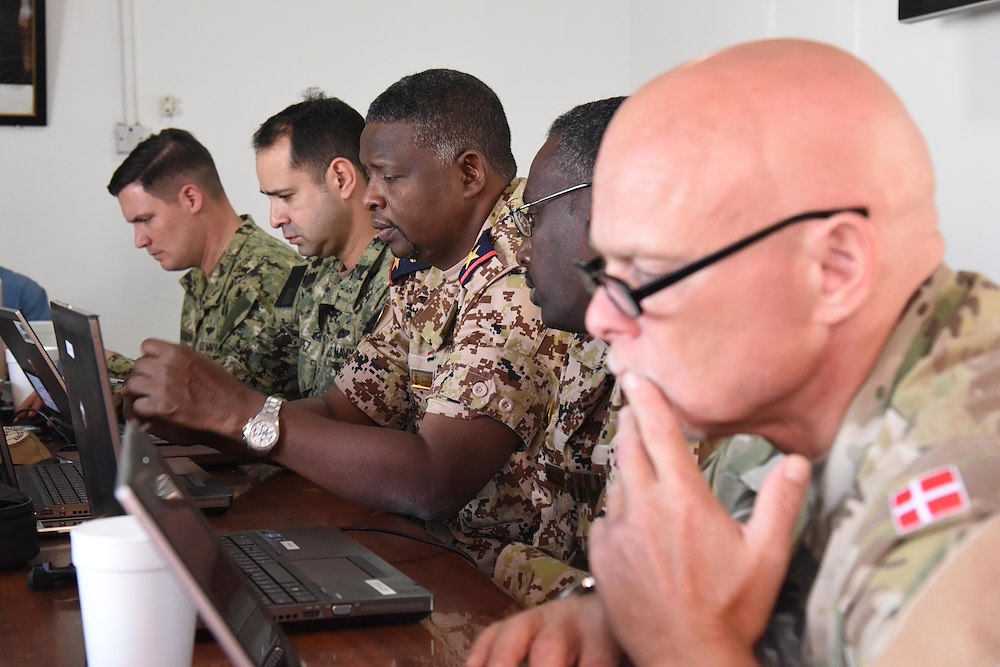 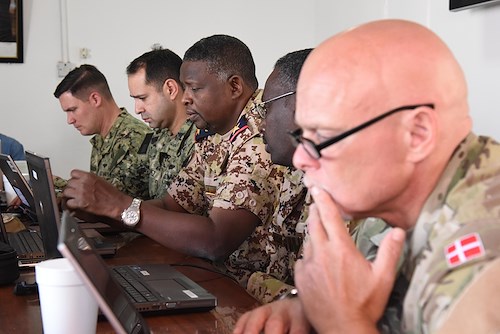 The salty sea air whips around as a powerful engine speeds a small vessel through the water. This is not a pleasure cruise, but a crew of men and women on a mission.

“There is a lot of ocean to patrol and keep safe,” said U.S. Navy Cmdr. Pedro Lopez, officer in charge of the Djibouti operational area for exercise. “Having security in the waters is important for commerce to progress and build, which leads to security and stability for a nation.”

Millions of tons of cargo pass through the Port of Djibouti annually.  Ensuring the area is safe and secure to travel through is paramount not only to the country, but the entire region.

“Cutlass Express is designed to empower partner nations to patrol their own nautical boarders and prevent smuggling of personnel, weapons and drugs into their countries,” said U.S. Coast Guard Lt. Michael Burris, exercise Cutlass Express boarding instructor. “It’s very important for the U.S. to bring in our partners and show them how we do business, while also taking notes on how they do business.”

The exercise started in the classroom and covered strategic planning and tactical application of skills.

“The things we have learned in the classes are very relevant to the boarding exercises,” said Kenya Navy Cpl. Jackline Karimi, exercise participant. “We have to put what we have learned in the classroom into action. When you get to the boat or ship you must know your mission, whether is it is to search for illegal arms, drugs or illegal immigrants.”

More than 450 personnel from 18 countries participated for the fifth rendition of exercise Cutlass Express across two locations: Djibouti and Port Victoria, Seychelles.

“This exercise enables regional partners to come together, build relationships, grow their strengths, and hone their information sharing skills,” said Lopez. “It is a team effort, it is a regional issue and all partners are responsible for maintaining the waters safely.”

Located at the southern entrance to the Red Sea and at the intersection of international shipping lines connecting Asia, Africa and Europe, the port of Djibouti is vital to strategic and economic growth.

“The Strait of Bab-el-Mandeb is one of the most important and busiest maritime lines of transportation,” said Col. O. Bogoreh Wais, Djibouti Coast Guard commander. "Cutlass Express gives more opportunities for the Coast Guard and Djibouti Navy to secure the maritime domain in this area.”

The annual exercise strengthens friendships as African and international naval forces work together to seek ways to effectively address the threats and challenges confronting them.

“Having that interoperability allows us to form a stronger bond in this region as we continue our presence here,” said Burris. “It allows everyone involved to know how participants are going to react to similar missions and what their procedures are in these types of situations. I hope one day the tools I have provided might come in handy to stop illicit materials or save someone’s life.”