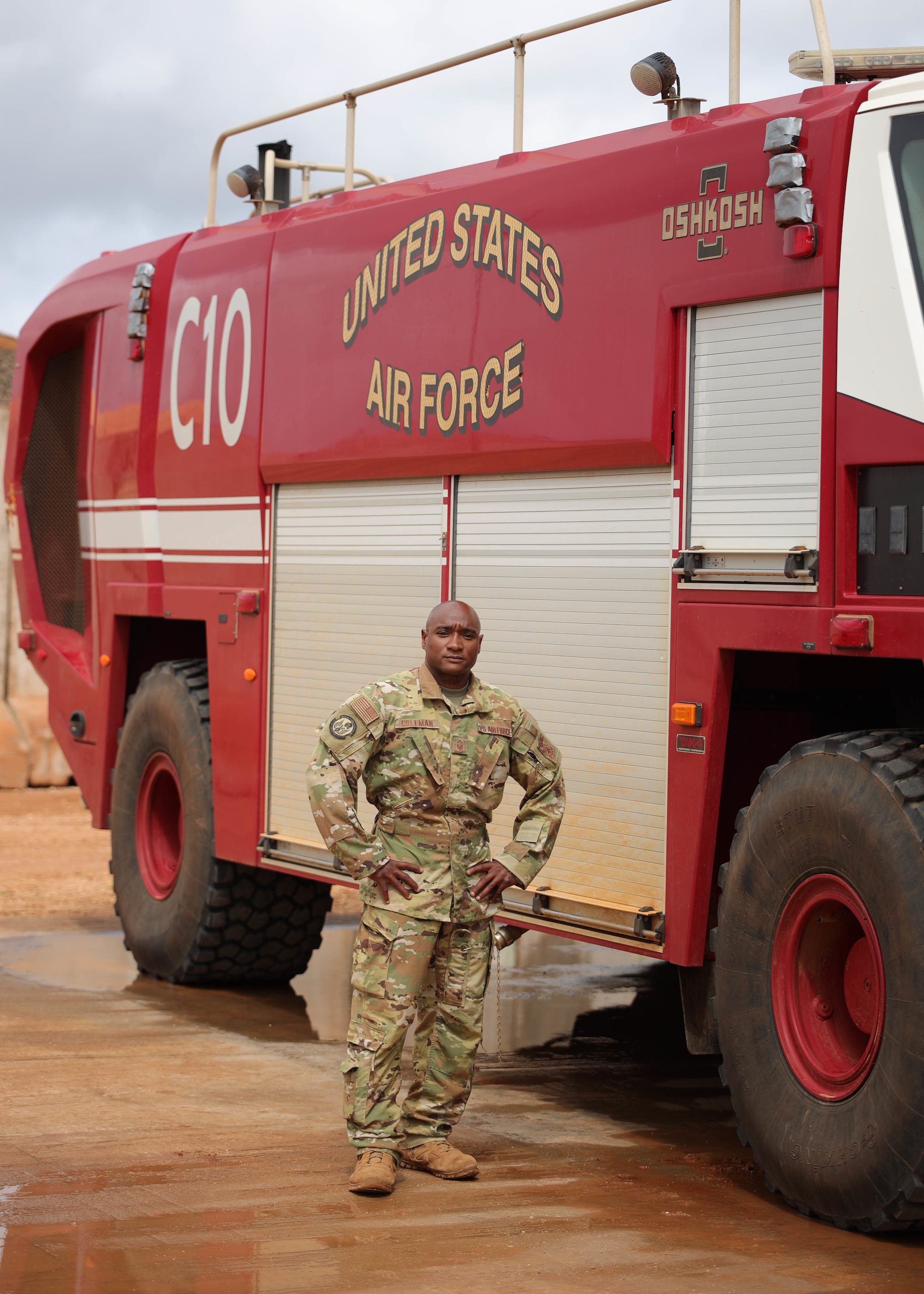 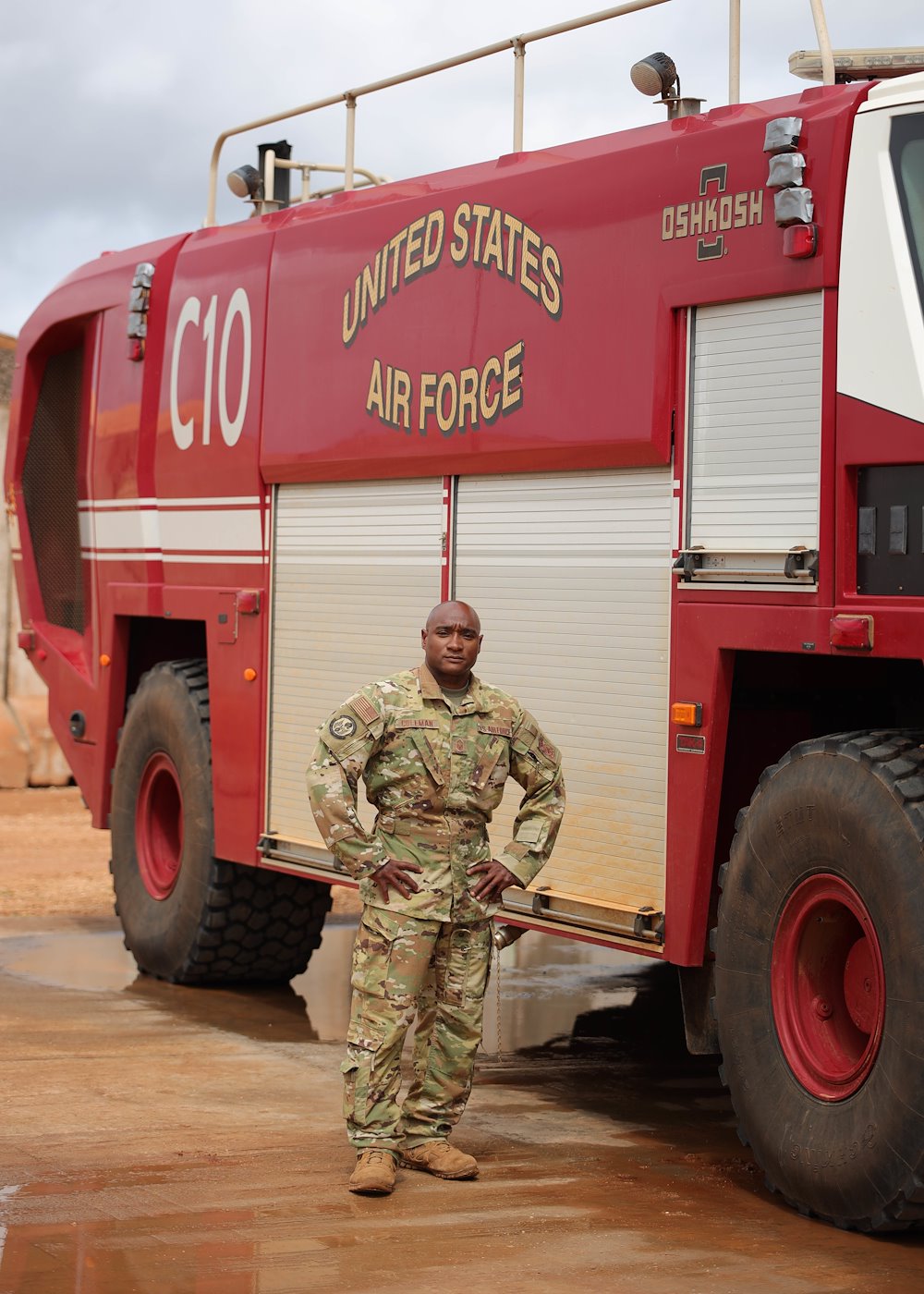 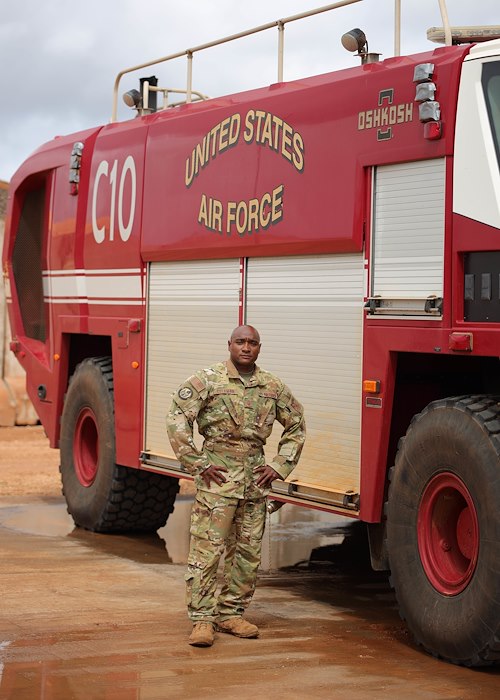 An Airman currently deployed to Baledogle Military Airfield was recently awarded the DoD Fire Officer of the Year for 2019.

Senior Master Sgt. Corey Coleman, Chief of BMA Fire and Emergency Services, beat out nearly 22,000 other firefighters in the DOD for the honor.

He received the award for actions as the 30th Civil Engineer Squadron deputy fire chief at Vandenberg Air Force Base, California.

“It’s a huge honor for myself and my family, but more so to represent Vandenberg fire and emergency services and team Vandenberg,” Coleman said. “They made this award possible.”

Coleman has served at BMA since February 2020 and has been in the Air Force for 23 years, all of it as a firefighter and the fulfillment of a childhood dream.

“I was born to be a firefighter,” he said. “My family often reminds everyone that from the age of two years, that’s what I said I was going to be.”

This is Coleman’s fifth deployment, and while he’s moved up to the chief position, he credits his work as deputy at his home station with preparing him for his leadership role at BMA.

“My deployed responsibilities are the same,” Coleman said. “Be a leader and lead by example. This deployment has made me a better leader and chief officer due to the uniqueness of our location and a different set of stressors.”

Like many accomplished leaders, he doesn’t believe his successes are his own, whether deployed or at home station.

“I would like to thank all of the Airmen, Soldiers, Sailors, Marines, civilians and contractors for all their support throughout this deployment,” Coleman said. “I truly believe in the phase one team I’ve witnessed for the past seven months.”

He started as a child begging his mother to follow fire trucks, and graduated to regular visits to his local firehouse just for the chance to be among his heroes, he said. That love, passion and respect for the profession led him to where he is today. And he has one more lesson for those who, like him, started out with dreams.

“Follow your dreams,” said Coleman. “Do understand they don’t always come as easily or quickly as we may like, but they do come true.”