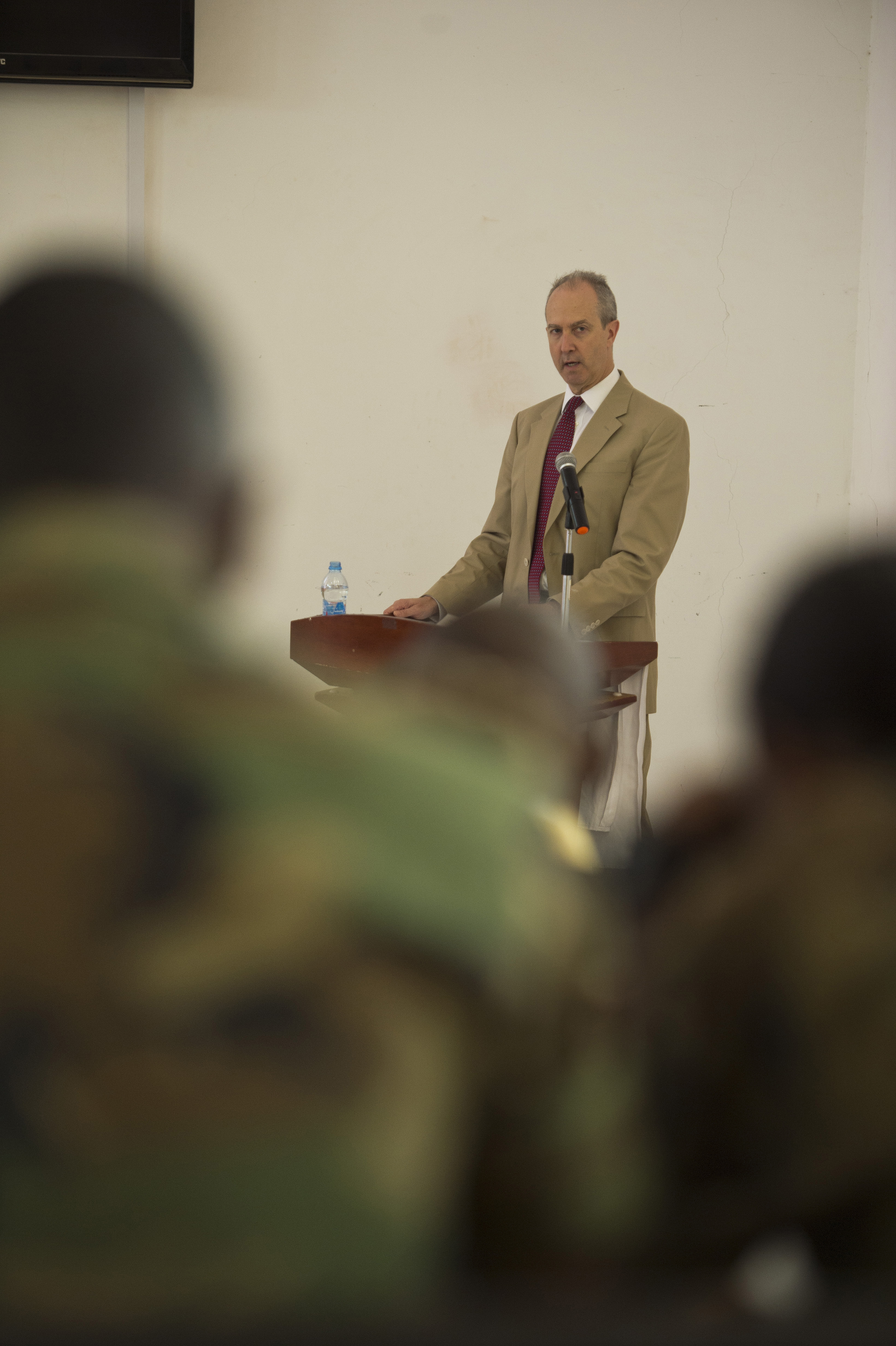 Tom Kelly, U.S. Ambassador to Djibouti, speaks to cadets at the first ever Geo-Strategy Meeting at the Joint Military Academy of Arta, Arta, Djibouti, April 20, 2015. Kelly was one of three guest speakers at the event discussing the importance of military and law enforcement leaders to plan for the protection of civilians and their livelihoods when performing military actions. (U.S. Air Force photo by Staff Sgt. Nathan Maysonet)
Download full-resolution