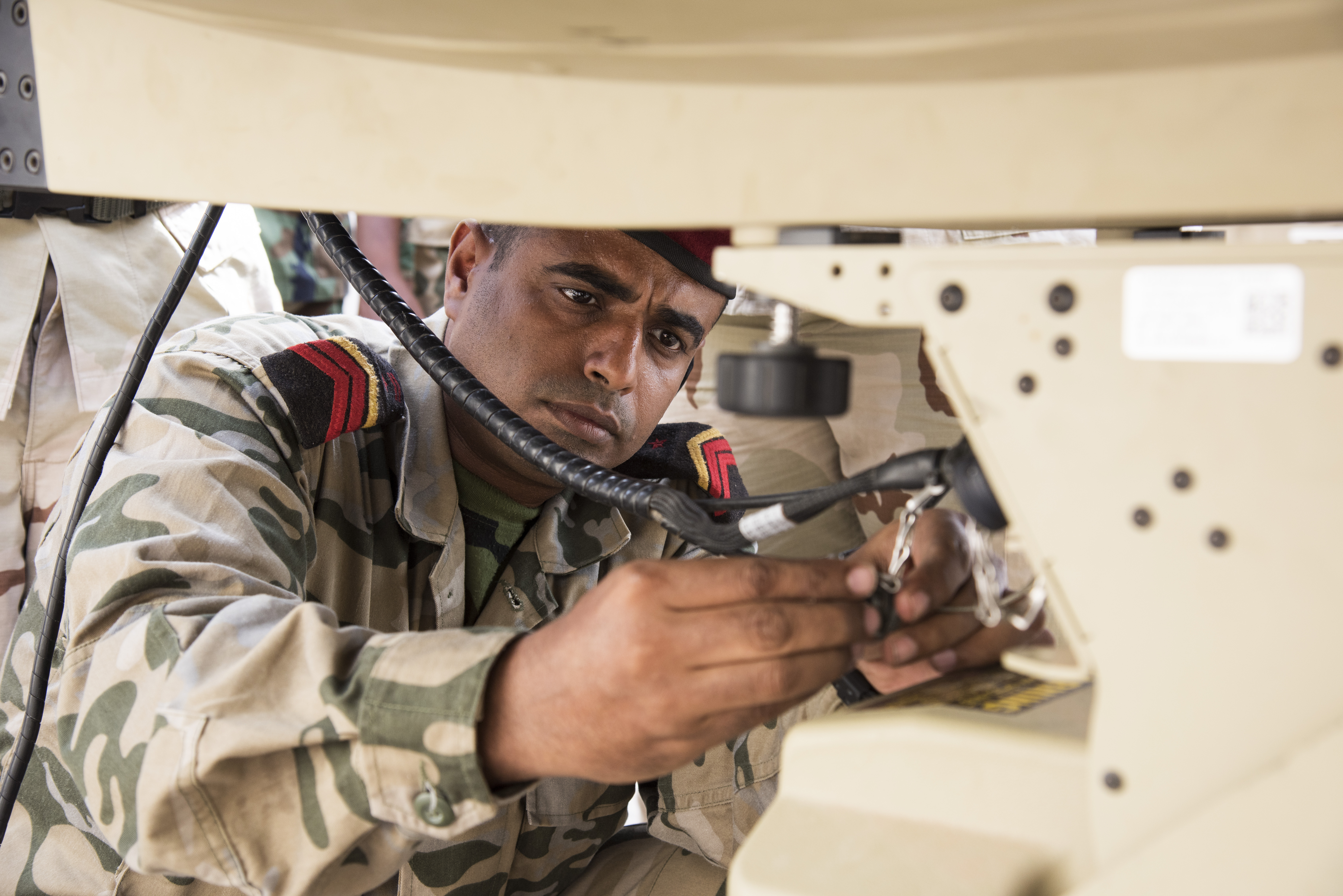 A member of the Djibouti Armed Forces (FAD) connects a cable connector during the setup of a U.S. Africa Command Data Sharing Network (ADSN) terminal at Camp Lemonnier, Djibouti, Aug. 31, 2015. FAD personnel were tested on how quickly they could setup and tear down the field communication system as part of a multi-week ADSN course, which was hosted by Combined Joint Task Force-Horn of Africa communications and intelligence personnel, and was designed to broaden communication interoperability between host nation security forces. (U.S. Air Force photo by Staff Sgt. Nathan Maysonet/released)
Download full-resolution