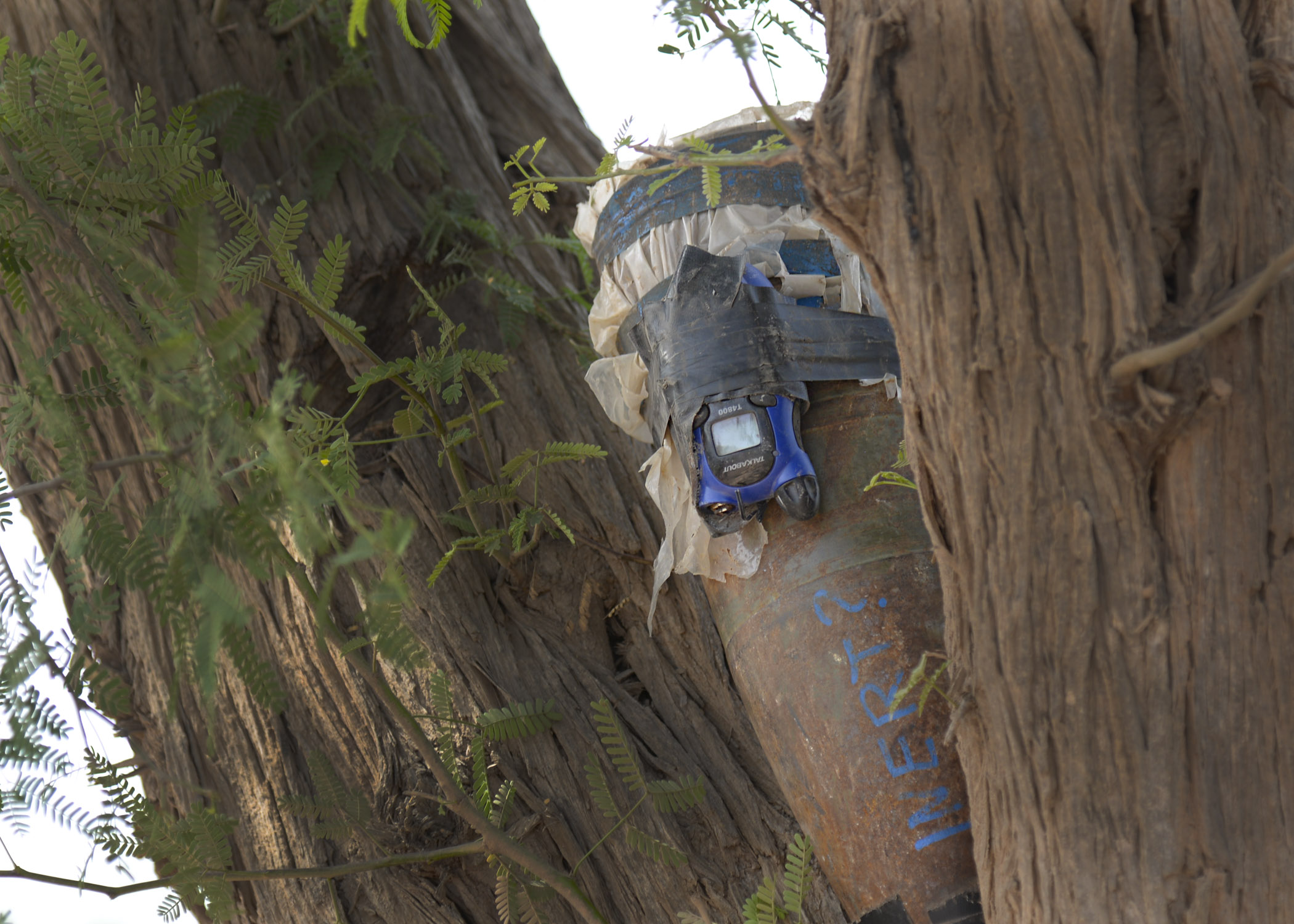 An inert improvised explosive device is hidden in a tree during IED response training in Arta, Djibouti, May 18, 2016. During the training, Djiboutian Army cadets patrolled an area for roadside bombs and were taught to look for suspicious objects such as cords stretched across roadways. (U.S. Air Force photo by Senior Airman Benjamin Raughton/Released)
Download full-resolution