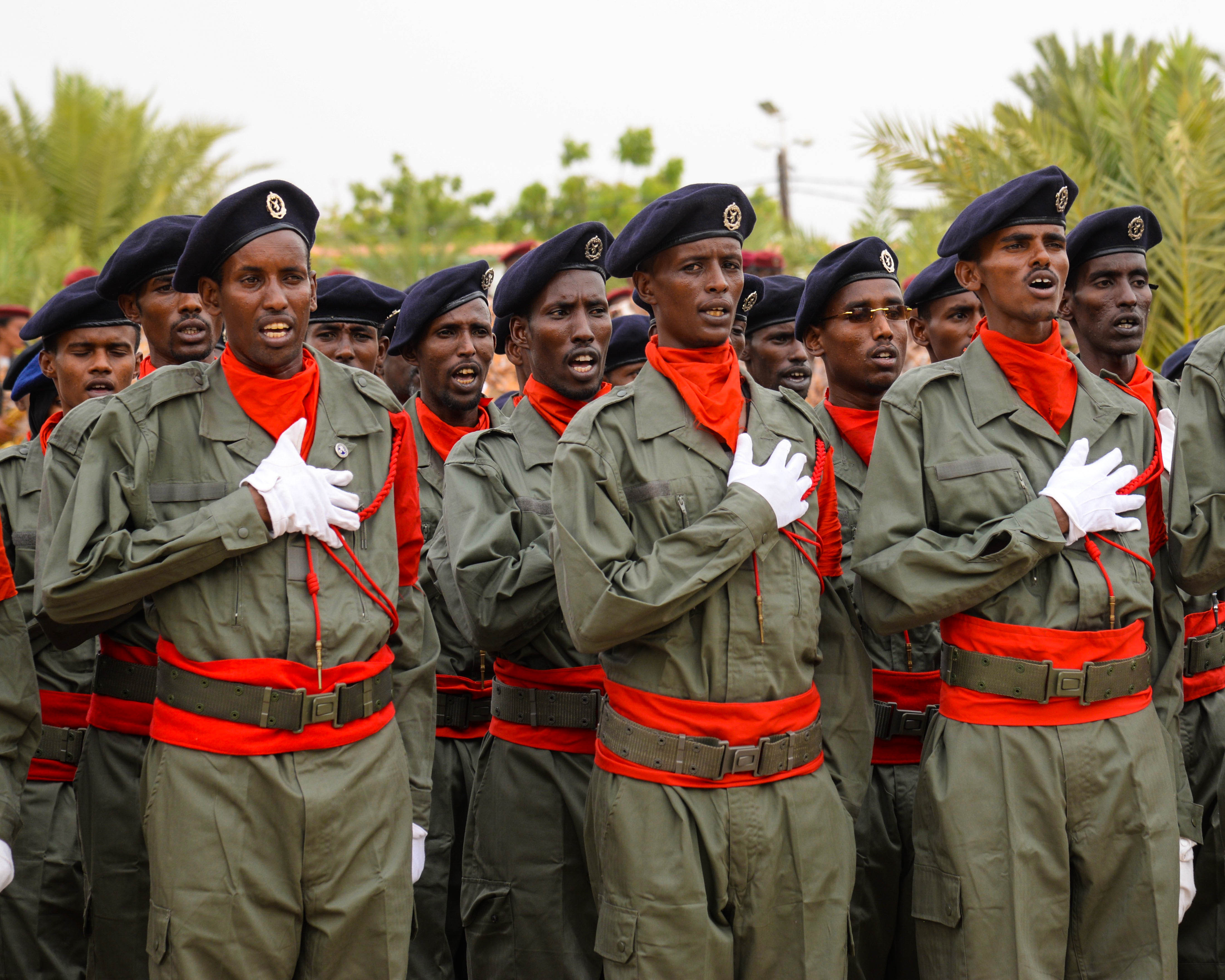 Around 200 Somali graduates completed Italian Mission Training 5, a nearly three-month training program where they learned policing skills as part of an agreement between Italy and Somalia at the Djibouti Police Academy, June 23, 2016. The course taught the trainees skills in crime scene investigation, counterterrorism intervention, riot control, environmental protection and others. During the ceremony, Italian Army Col. Renato Chicoli thanked the trainees, Somali Police Forces, as well as the National Gendarmerie and police of Djibouti for their dedication to the success of the mission. (U.S. Air Force photo by Senior Airman Benjamin Raughton/Released)
Download full-resolution