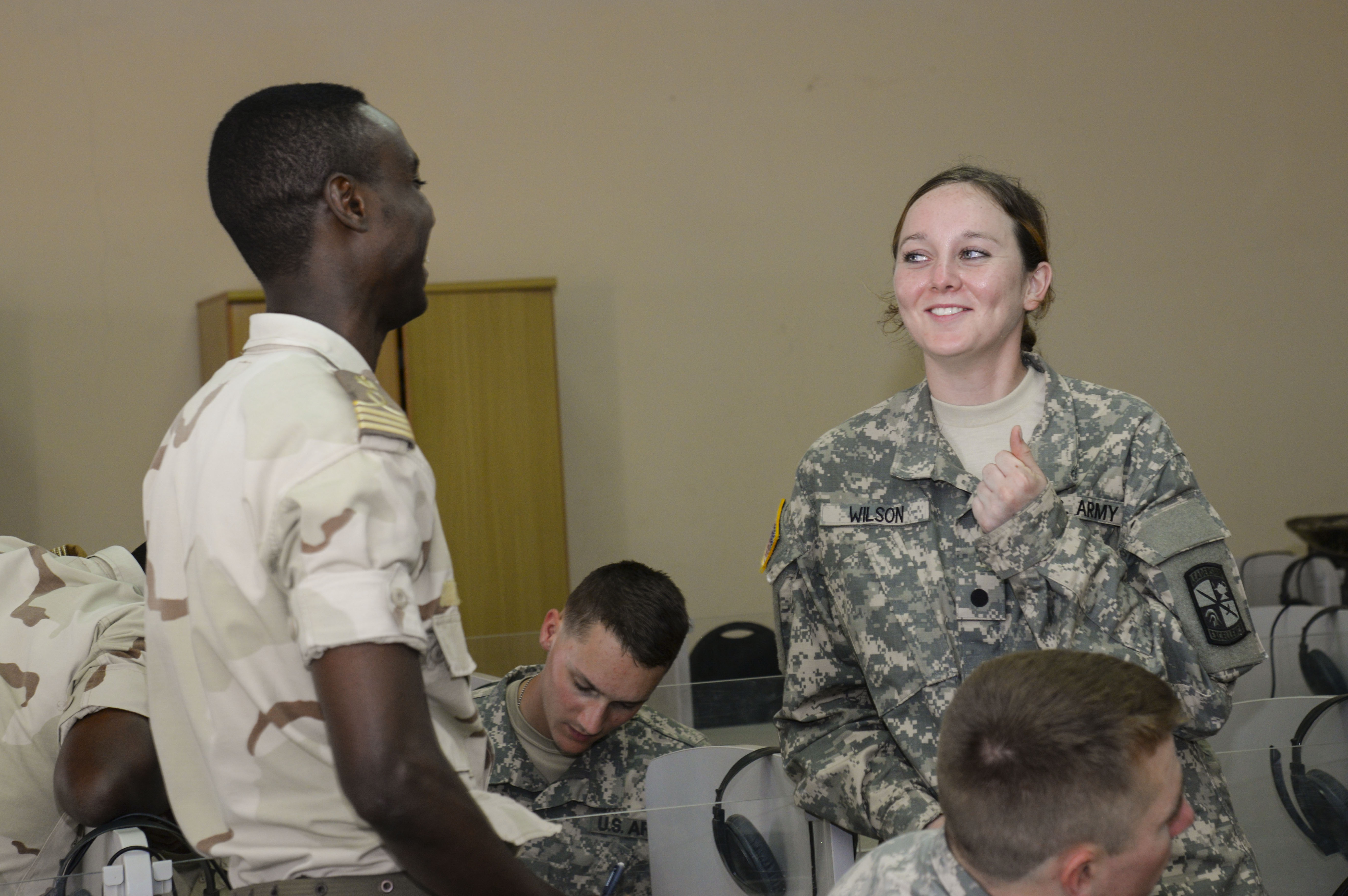 Katherine Wilson, a U.S. Army Reserve Officer Training Corps cadet from Seton Hall University, talks to a Djiboutian Army cadet during a language exchange at the Djiboutian Military Academy at Arta, July 25, 2016. The cadets are spending three weeks with the Djiboutian Army in a culture exchange program, where they are learning each other’s language and methods of military operations. (U.S. Air Force photo by Staff Sgt. Benjamin Raughton/Released)
Download full-resolution