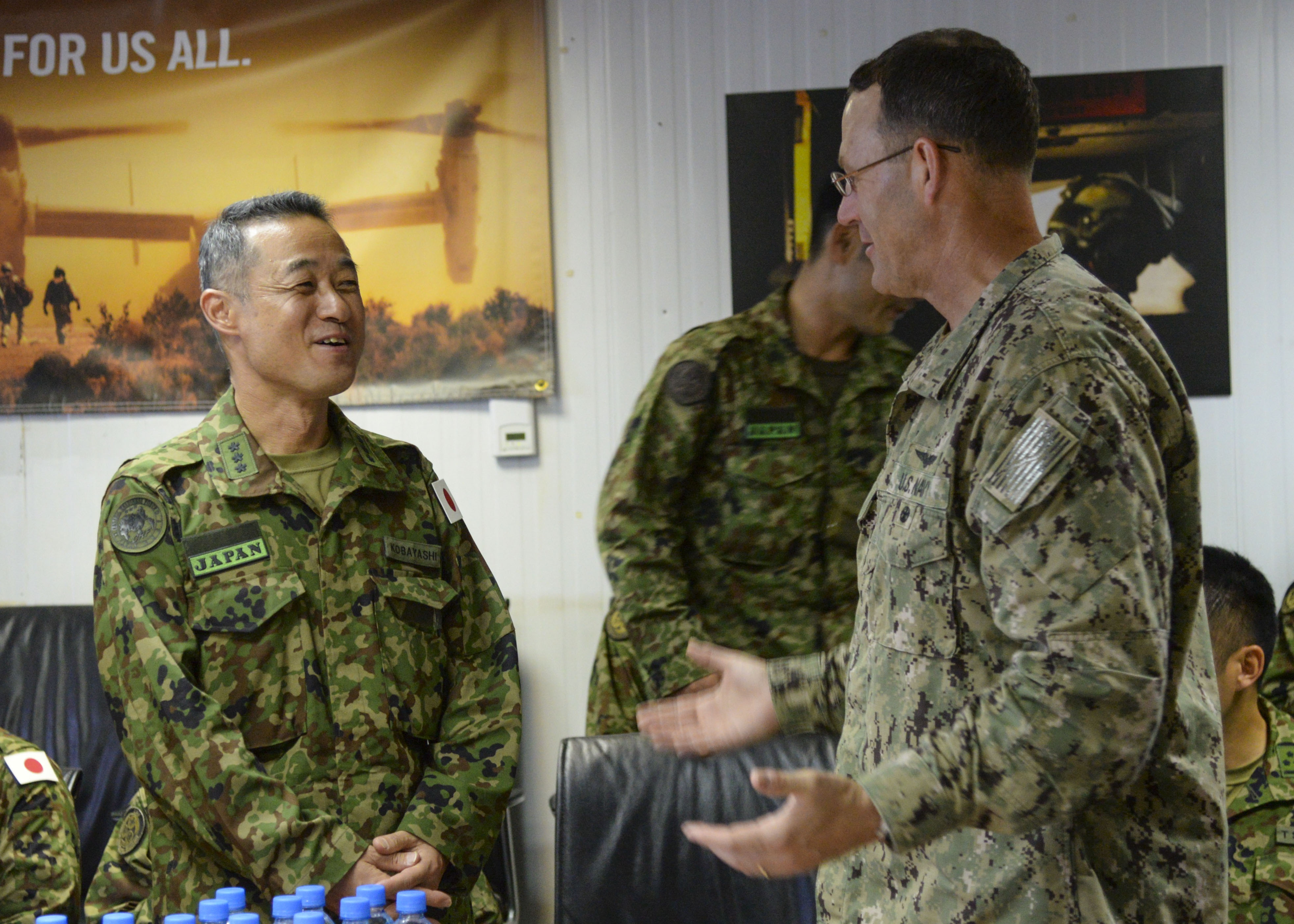 Combined Joint Task Force-Horn of Africa Deputy Commander Rear Adm. William Wheeler talks with Lt. Gen. Shigeru Kobayashi, Commander of the Japan Ground Self-Defense Force’s Central Readiness Force at Camp Lemonnier, Djibouti, Aug. 27, 2016. Japanese and CJTF-HOA service members met for a tabletop exercise to discuss how they can support each other in an event involving the evacuation of Americans or Japanese citizens from a hostile location in Africa. During the exercise, both forces discussed route planning, logistics, equipment maintenance, how military personnel would be involved, medical support and use of air and ground transportation for evacuees. The plans also examined for their strengths and weaknesses and reassessed the movement of evacuees to safety. (U.S. Air Force photo by Staff Sgt. Benjamin Raughton/Released)
Download full-resolution