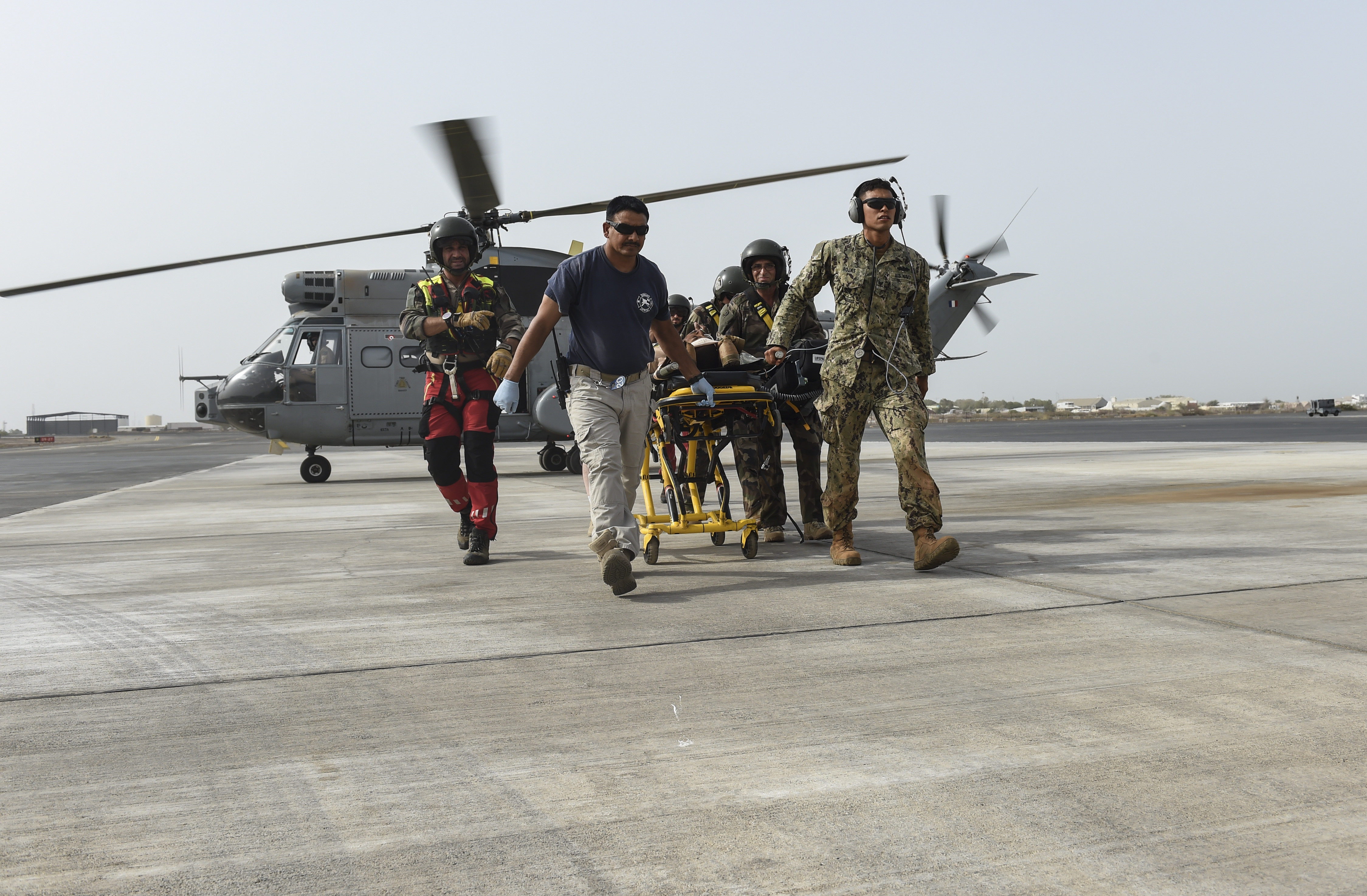 U.S. Navy Hospital Corpsman 3rd Class David Rojas from the Naval Mobile Construction Battalion One, a maneuver unit of the Combined Joint Task Force-Horn of Africa, along with emergency medical services personnel and members of the French Air Force Tactical Airlift Squadron 88, transport a patient from a SA 330 Puma helicopter across the flightline, during a bilateral exercise with French forces at Camp Lemonnier, July 20, 2017. CJTF-HOA partners with French counterparts to strengthen regional cooperation and interoperability, enhancing the mutual ability to conduct operations in the region. (U.S. Air Force photo by Staff Sgt. Eboni Prince)
Download full-resolution