MORONI, Union of the Comoros - Comoran Defense Force soldiers show off hand-to-hand combat skills during the first visit by General William E. Ward, commander of U.S. Africa Command, to the island nation of Comoros on January 21, 2009. Ward met with Comoran government officials to "listen and learn," he said, about their security issues and concerns. (Photo by Kenneth Fidler, U.S. Africa Command)
Download full-resolution

Ward in Comoros: 'What you say matters to us'

During his travels to African nations, General William E. Ward, commander of U.S. Africa Command, delivers an unwavering message: The command is listening to and learning from its African partners on security issues and will help where possible. Ward brought that message in person January 21, 2009, to the island-nation of Comoros off the southeastern coast of Africa during the nation's first official visit of a top U.S. military commander. "Our command is dedicated to doing 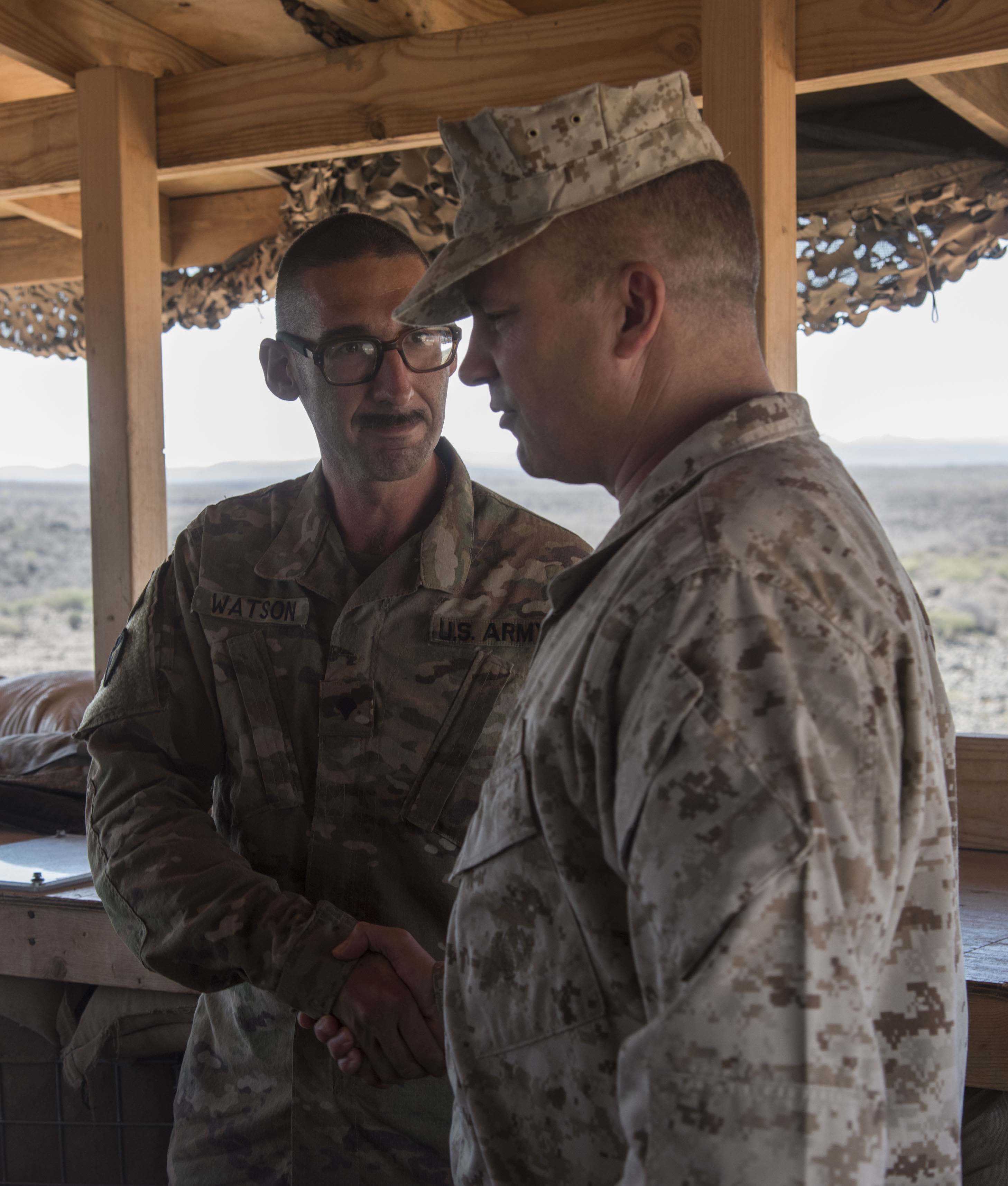