Training and proficiency in certain skills are key to military life and job status. All U.S. service members receive some form of Self-Aid and Buddy Care instruction during their career; and such lifesaving tools allow service members to provide stabilizing care to fellow soldiers on the modern battlefield.

During combat lifesaver training, students are presented with scenarios that test their knowledge ranging from a patient in shock, to an individual with other life threatening injuries. Consider the following example.

Scenario: You and two other service members are driving back to your operating base after just completing a successful mission. The traffic on this given day is extremely dense and vehicles are frequently cutting through traffic. The next thing you witness is an individual on a four-wheeler who attempts to pass another vehicle and catch up with fellow motorcycle riders. . While the individual is passing traffic on the four-wheeler, their motorcycle is hit in a head-on collision with an oncoming pick-up truck.

Stopping to provide assistance, you find that the patient shows signs of shock, possible head injury, two broken legs, a compound arm fracture and is unresponsive.  What action do you take?

Response: This is the exact scenario that 404th Civil Affairs Battalion service members, Sergeant First Class Geoffrey Bright, Specialist Rawan Abudahrieh and Sergeant Robert Hames, responded to and were awarded the U.S. Army Commendation medal for on Feb. 27, 2015 when they provided medical care to a French service member during a catastrophic motor vehicle accident on Feb. 14, 2015.

"A Soldier is alive today and his family can hug him because these Soldiers understood the importance of staying proficient on their basic Soldiering skills,” said U.S. Army Lt. Col. Tim Brennan, Army Civil Affairs Battalion commander. “They followed standard operating procedures, the rehearsed reactionary drills and when called they were ready to perform.  I could not be more proud of them."

According to Abudahrieh, her team members all performed to the best that anyone could have asked of them, and they will tell you that they owe it to the training they have received.

Although service members can prepare for the unexpected, having the necessary skill-sets as a team is vital. Each individual knows their specific duties in the occurring situation, allowing for things to work as trained.

“These individuals were in the right place, at the right time and with the right training,” said U.S. Army Col. Tim Connors, Theater Security Co-operation director. “We never know when we are going to need these skills and this is the reason why we work hard to learn as much as we can.”

According to Brennan, even while deployed and conducting day-to-day missions, we can and must increase our readiness to be prepared for the unseen circumstances we may encounter.

"When extreme, chaotic, and terrible situations occur, true leaders and warriors shine through and rise above,” Brennan said. “They showed what true teamwork is and are an example of why our military has the best trained Soldiers in the world."

The French soldier, who is recovering in a military hospital in Paris, is a member of the French Armored Company, 5th Marines. The soldier’s commander attended the presentation ceremony to offer his thanks to the civil affairs members.

“On behalf of the entire French Marine regiment, I would like to thank the three individuals who saved the life of our soldier,” said French Captain Benoit-Marie Huet, French Armored Company commander, 5th Marines.   “I would like to thank all of you for the way you behaved and helped this French soldier to be alive now.”

Training and proficiency in certain skills are key to military life and job status. All U.S. service members receive some form of Self-Aid and Buddy Care instruction during their career; and such lifesaving tools allow service members to provide stabilizing care to fellow soldiers on the modern battlefield. 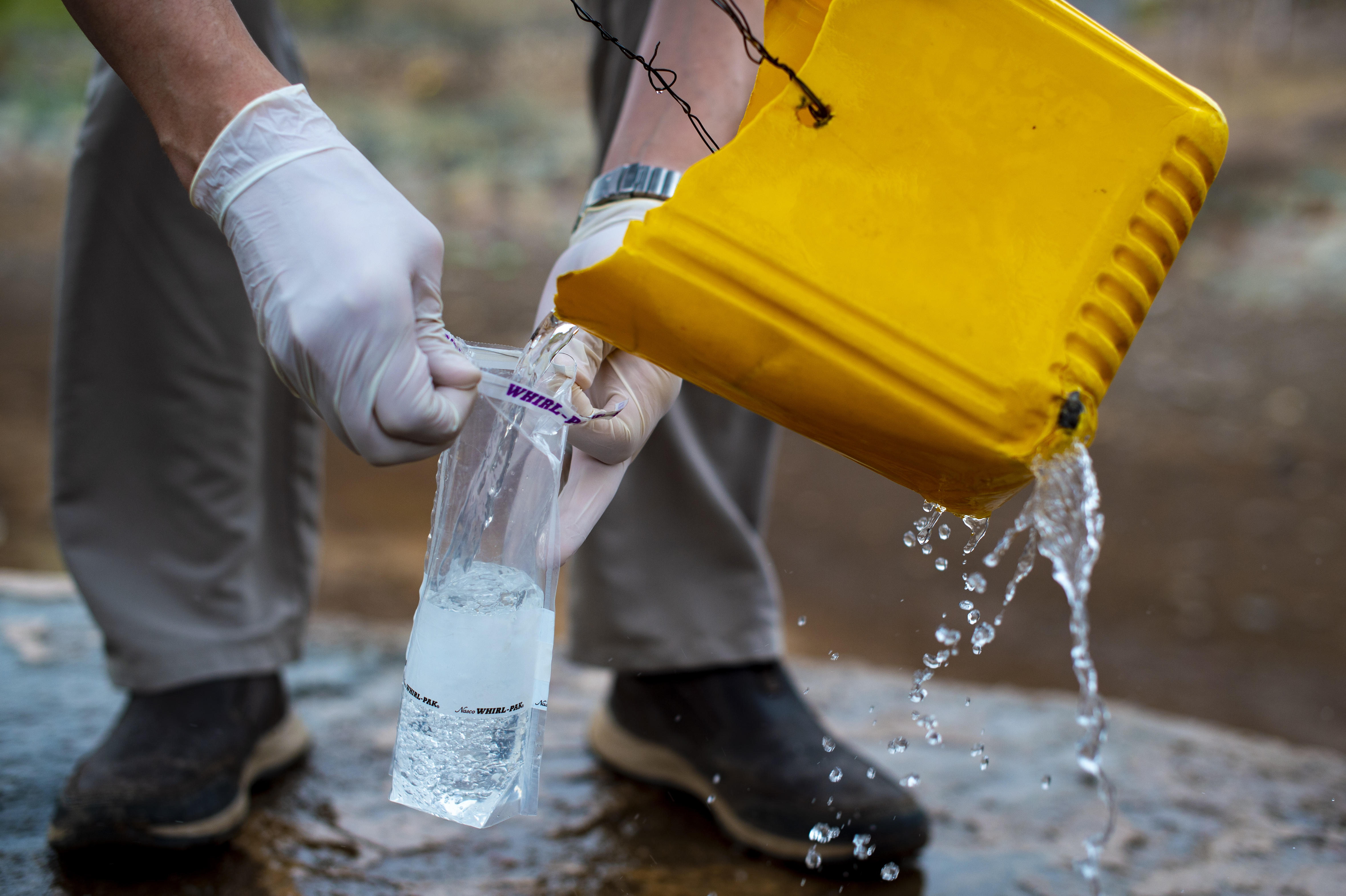 Ribta is located in a small valley in the mountains of the Tadjoura region, far from any city and public water systems; the villagers there rely on well water for drinking and watering their crops.