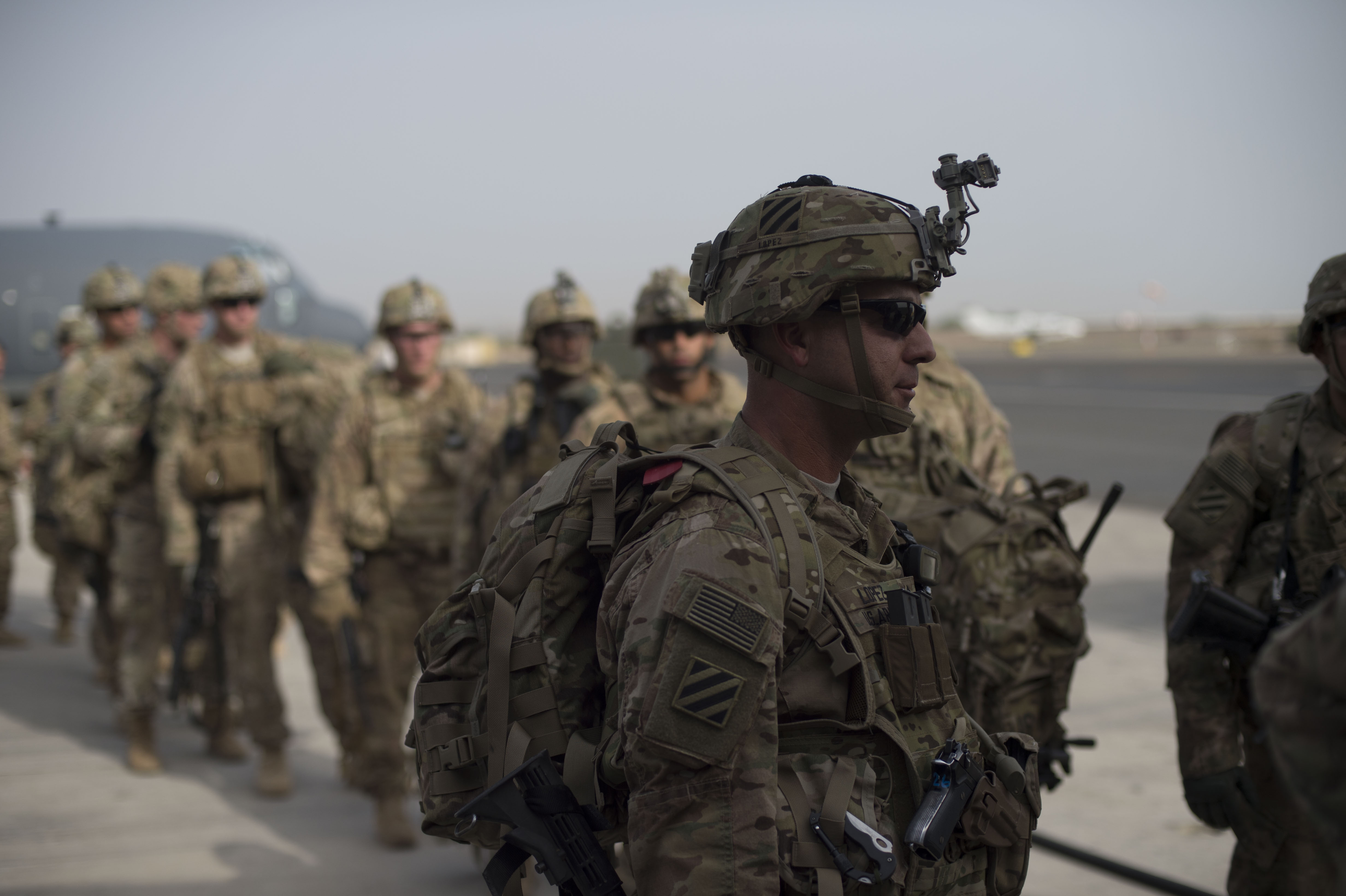 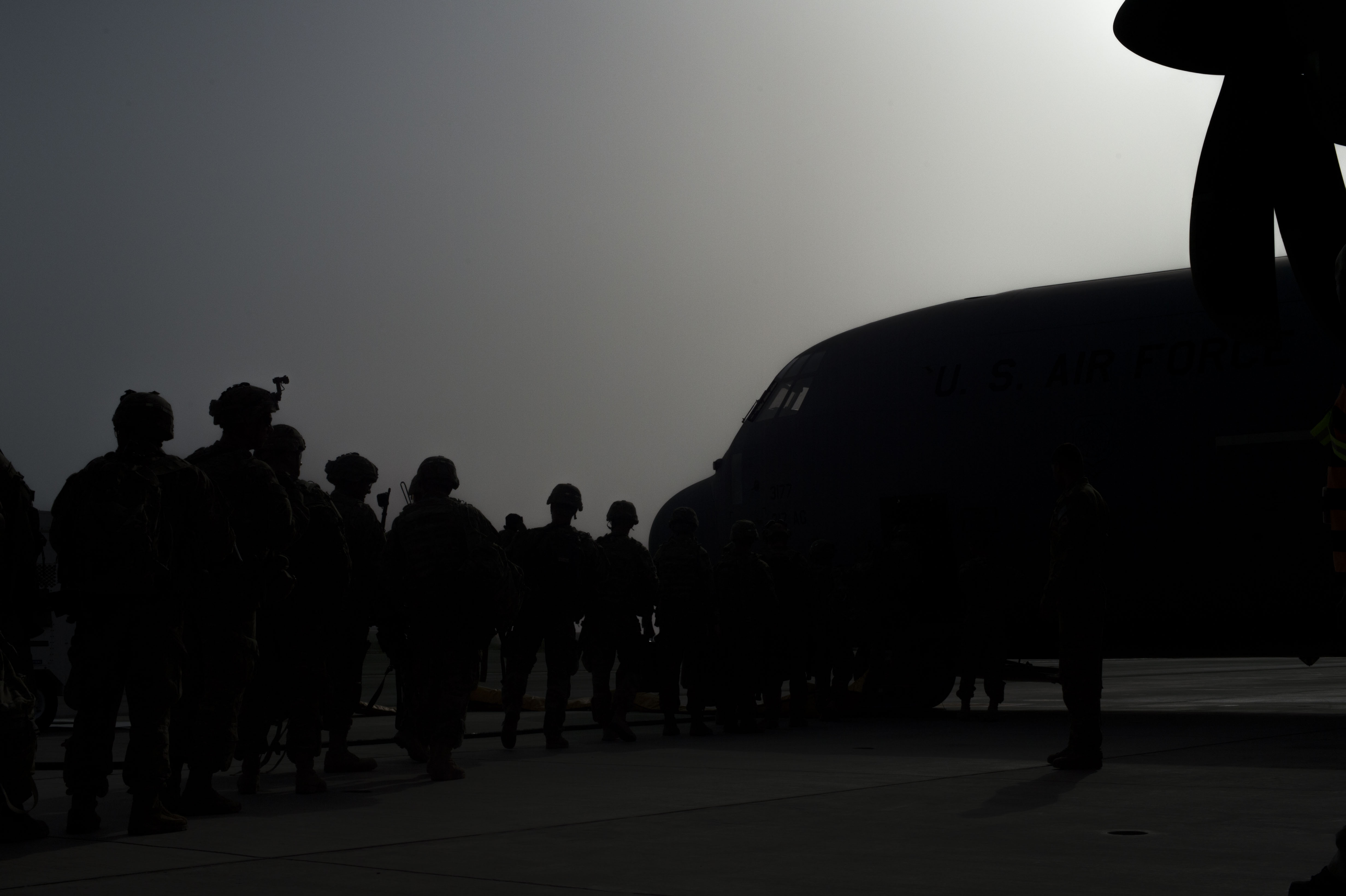 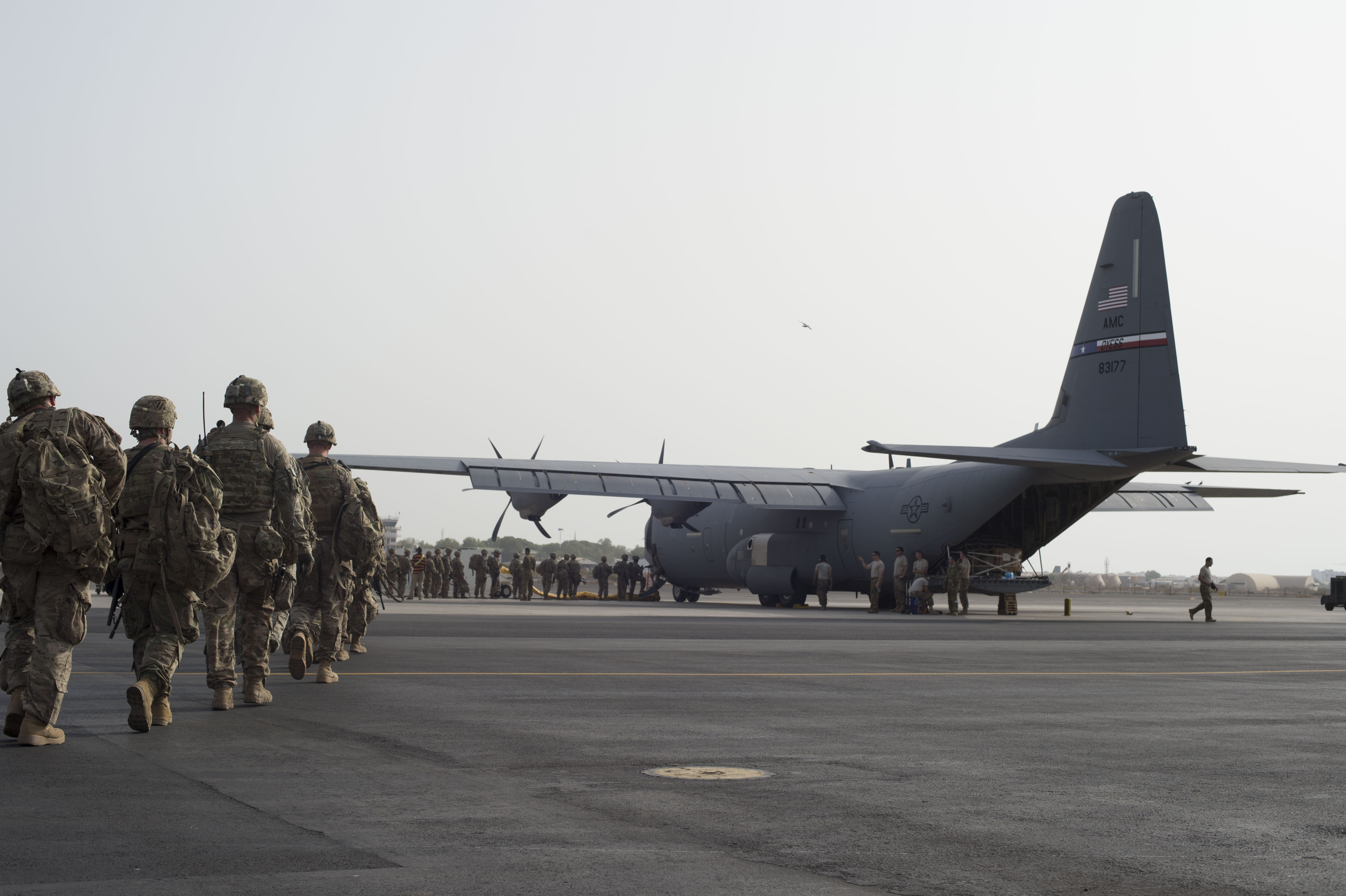 Combined Joint Task Force - Horn of Africa Image Tons of cargo and passengers are loaded on to a U.S. Air Force C-130J Hercules during an East African Response Force validation exercise May 27, 2016, at Camp Lemonnier, Djibouti. The mission of the EARF is to provide rapidly deployable assets at a moment’s notice to reinforce embassies within the Combined Joint Task Force-Horn of Africa area of responsibility. (U.S. Air Force photo by Staff Sgt. Eric Summers Jr.)

Combined Joint Task Force - Horn of Africa Image A U.S. Air Force C-130J Hercules rests on the airfield in preparation for cargo and passengers to be transported during an East African Response Force validation exercise May 27, 2016, at Camp Lemonnier, Djibouti. The Hercules and its crewmembers are deployed from Dyess Air Force Base, Texas. (U.S. Air Force photo by Staff Sgt. Eric Summers Jr.) 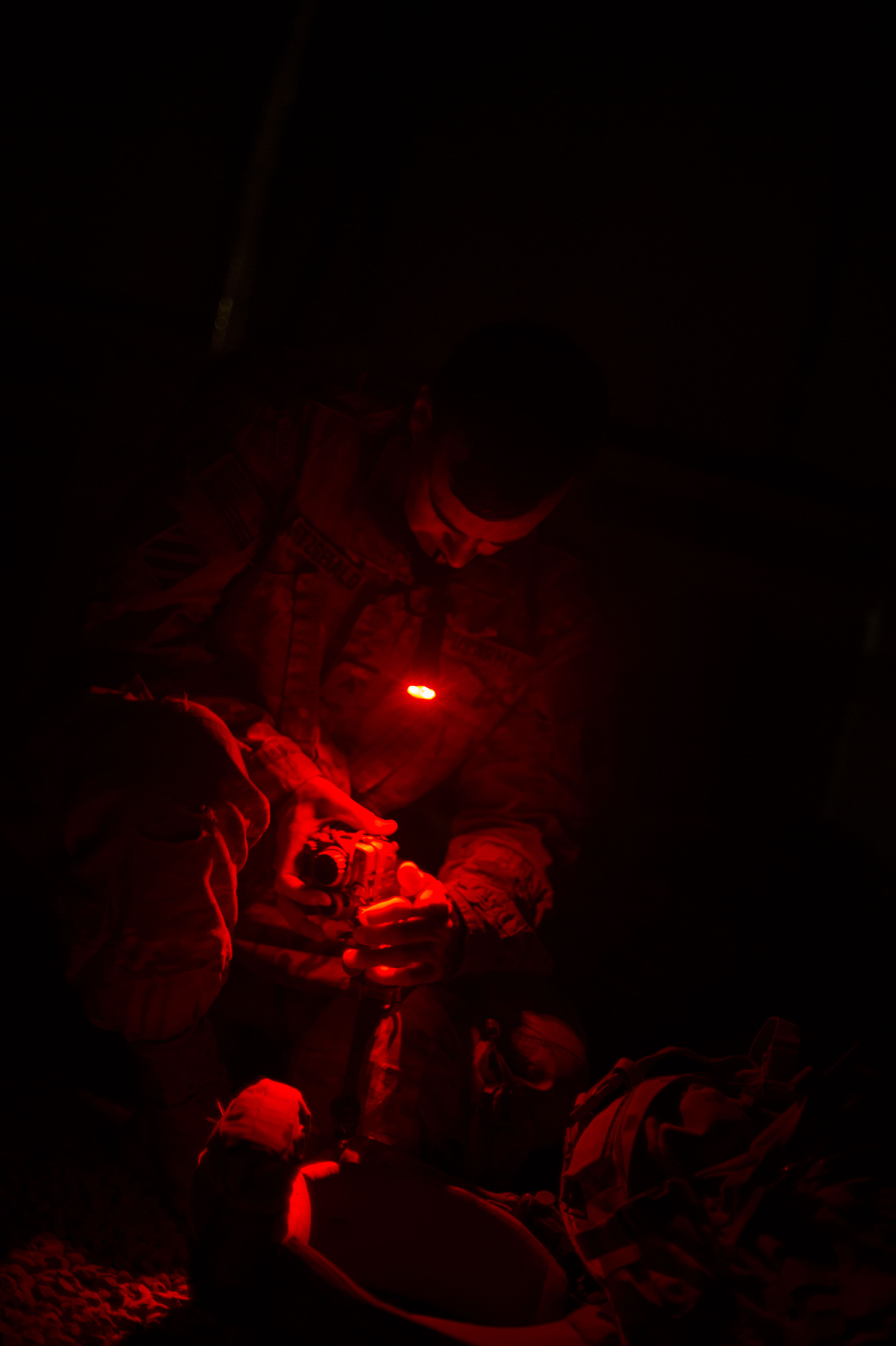 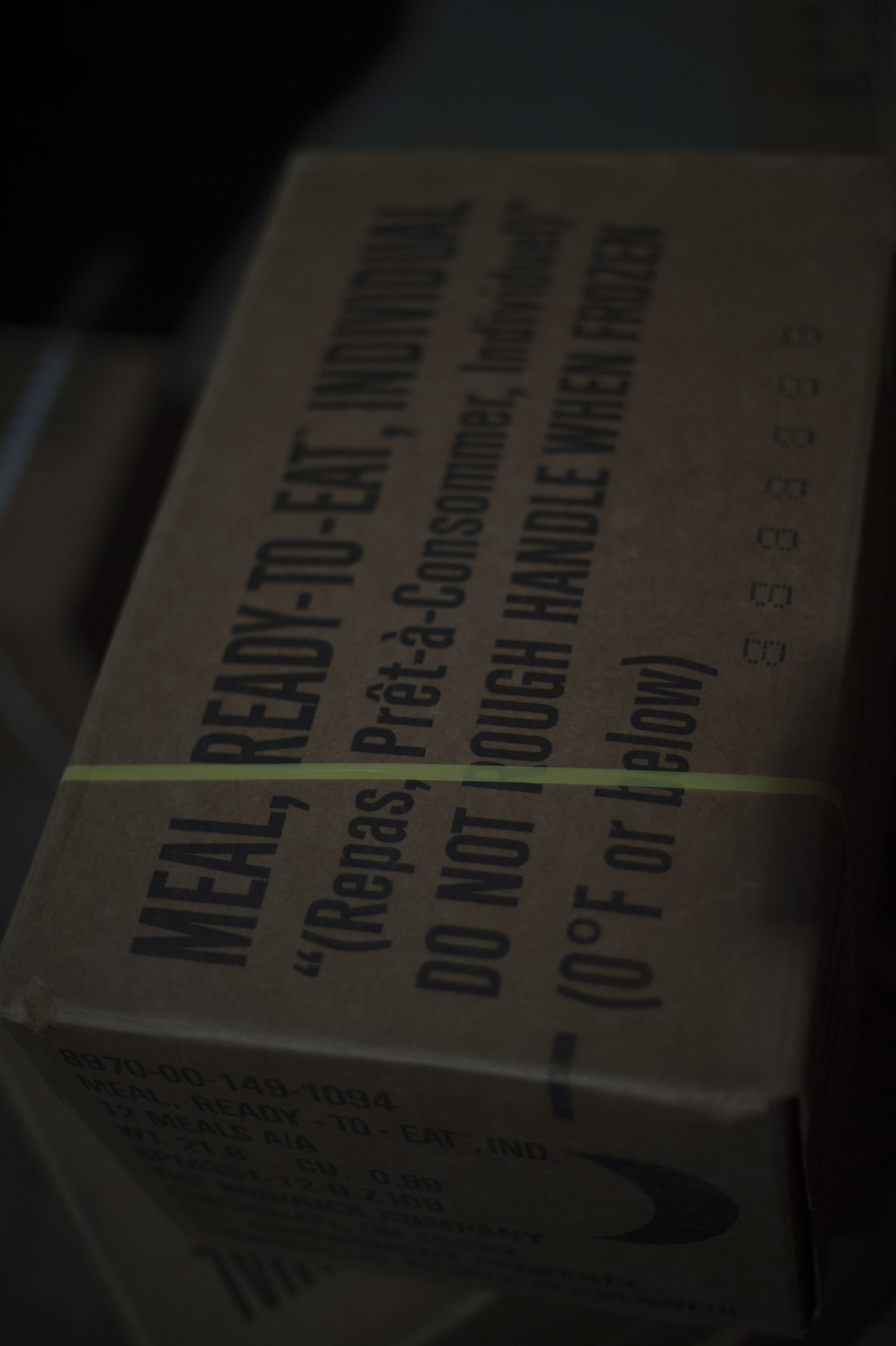 The exercise, which began with an early morning no-notice recall, focused on the Hurricanes’ ability to quickly ready and mobilize the EARF in response to a crisis scenario.

“The EARF is a rifle infantry company that is on standby for a short notification to deploy rapidly in response to a crisis in a permissive environment,” said Capt. Bryan Hotchkiss, EARF Company commander. “We are to deploy in a permissive environment in order to reinforce embassies within our Horn of Africa area of operation, or facilitate a military assist and control. “

The U.S. Army developed the regionally aligned forces initiative to provide combatant commanders with rapidly deployable forces, which can relocate anywhere in the world at a moment's notice. The EARF is regionally aligned with Africa, specifically the HOA region, and key to the CJTF-HOA mission to strengthen East African partner nation militaries by conducting crisis response and personnel recovery supporting U.S. military, diplomatic and civilian personnel throughout East Africa.

“They need our protection, and it is necessary for when situations become uncertain,” Hotchkiss explained. “Because we have identified that our diplomatic missions in this region are important and [the assets we provide] are essential for them to maintain their diplomatic presence.”

Though comprised primarily of Soldiers, the EARF functions as a joint response unit, employing troops from across the services to accomplish the mission. For example, the U.S. Navy provides Explosive Ordnance Disposal capabilities and the U.S. Air Force provides air support and rapid transport for the response forces. This joint culture is vital to CJTF-HOA’s mission of providing peace and stability to the region.

Pfc. Cory Middleton, EARF Company 2nd Platoon radio telephone operator, said that he feels this mission is a huge honor and that for him, EARF is about staying prepared.