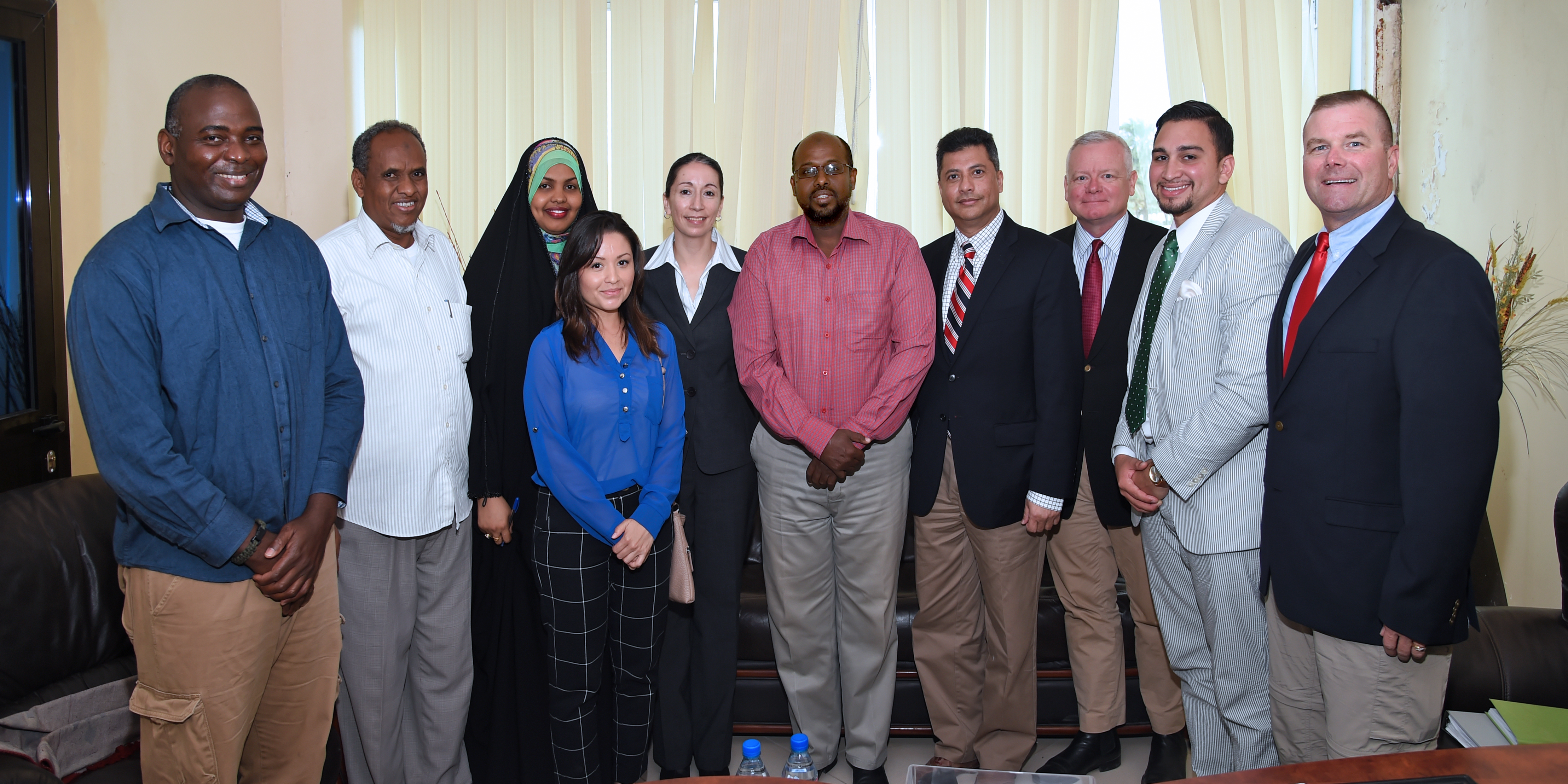 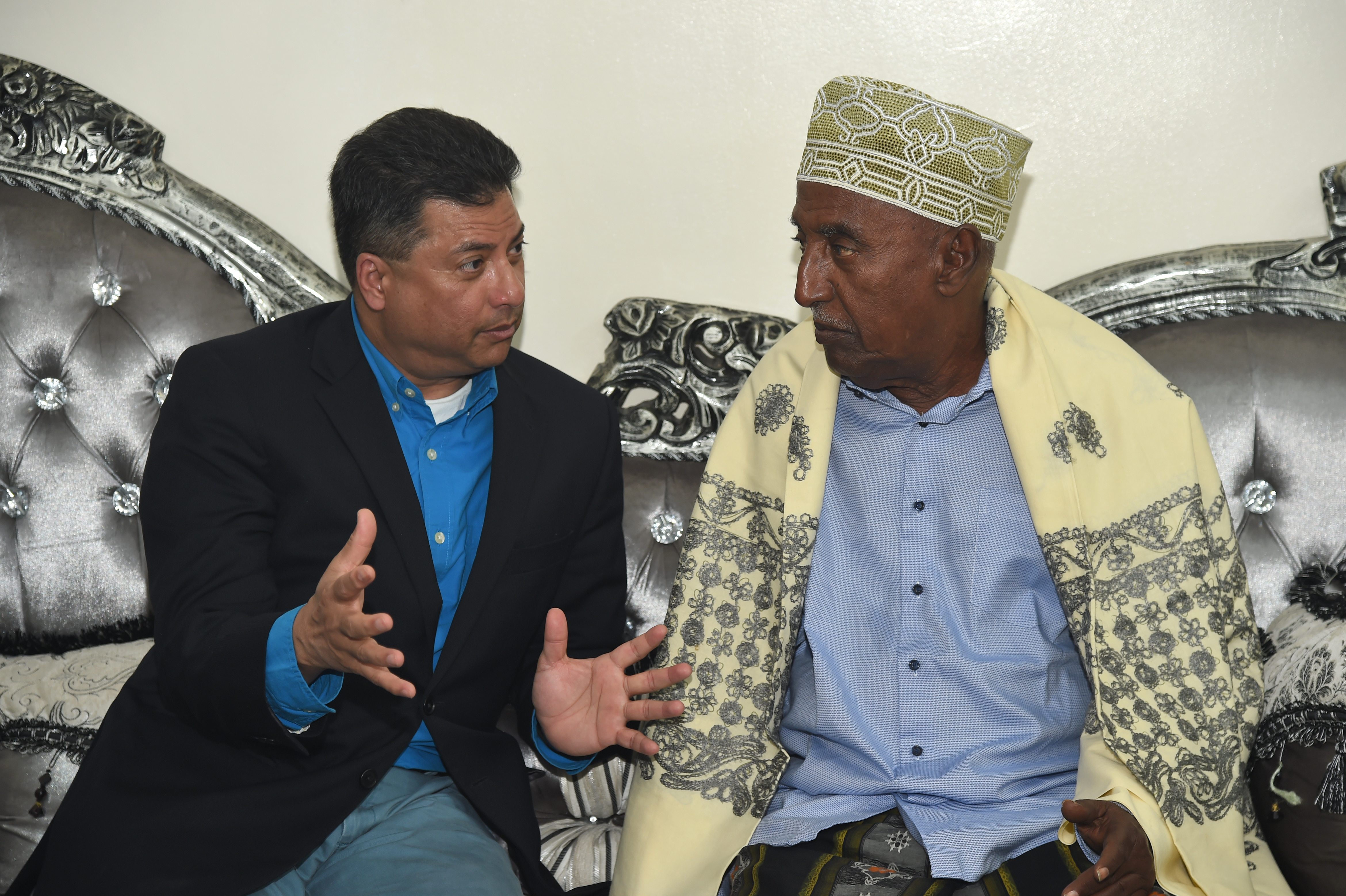 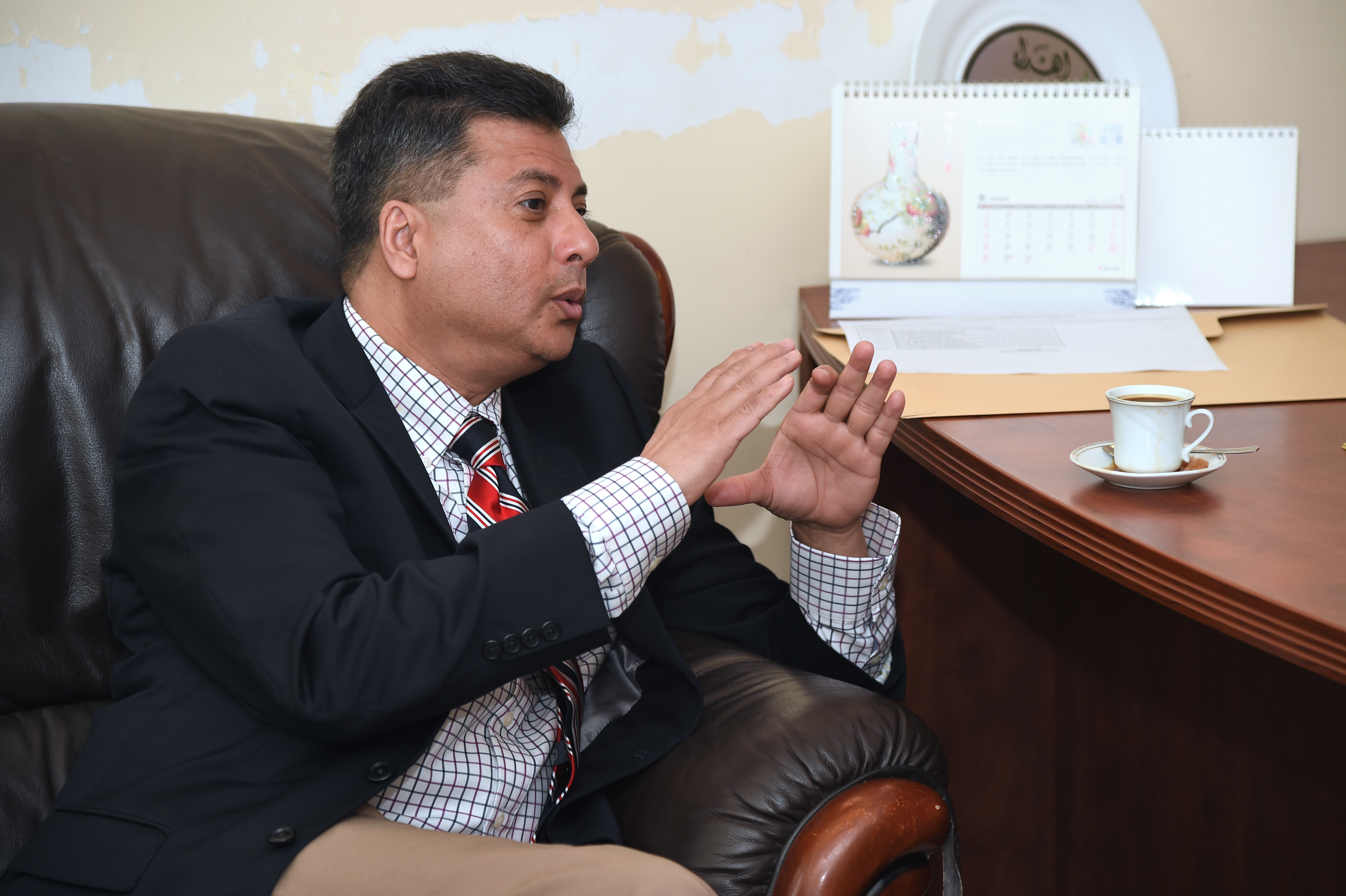 Keeping the Faith U.S. Navy Cmdr. Abuhena Saifulislam, deputy command chaplain for U.S. Africa Command, describes his role as a Muslim American Imam in the U.S. military, during a meeting at the Ministry of Islamic Affairs in downtown Djibouti Jan. 30, 2017. A native of Bangladesh, Saifulislam became a naturalized U.S. citizen in 1995, was commissioned in 1999 as the first Muslim chaplain for the U.S. Marine Corp, and is currently one of only two Imam Chaplains in the U.S. Navy. (U.S. Air National Guard photo by Master Sgt. Paul Gorman) 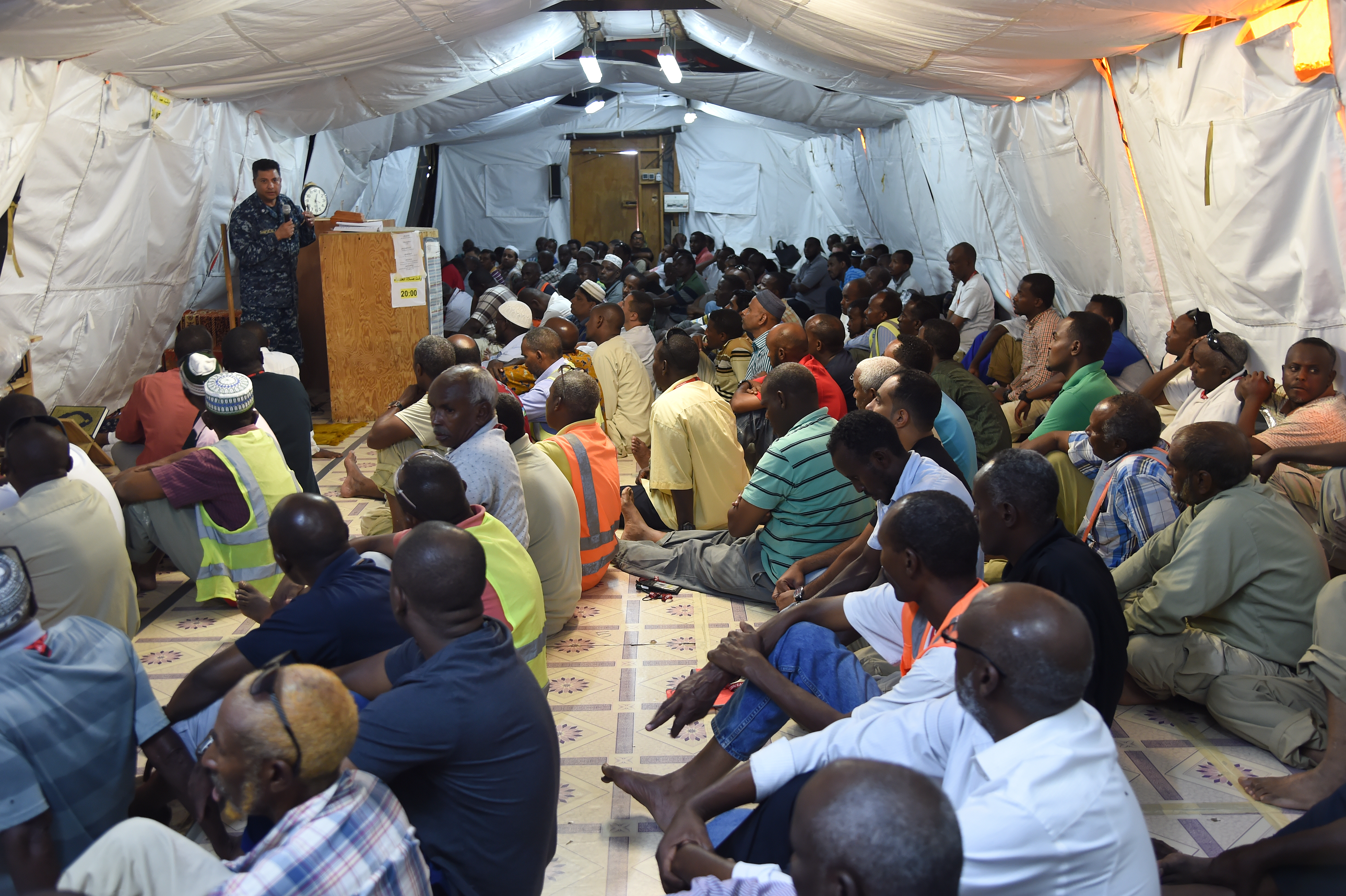 Keeping the Faith U.S. Navy Cmdr. Abuhena Saifulislam, deputy command chaplain for U.S. Africa Command, speaks to Muslim civilian employees during the Friday sermon at Mariama Bin't Imran Mosque in Camp Lemonnier, Djibouti, Jan. 30, 2017. A native of Bangladesh, Saifulislam became a naturalized U.S. citizen in 1995, was commissioned in 1999 as the first Muslim chaplain for the U.S. Marine Corp, and is currently one of only two Imam Chaplains in the U.S. Navy. (U.S. Air National Guard photo by Master Sgt. Paul Gorman)
1 2 3 4 hide caption

As the deputy command chaplain for USAFRICOM, his mission includes coordinating sustained chaplain engagements to support stability and security in Africa. As one of only twelve Islamic Imam’s in the entire U.S military, he is uniquely qualified to do so.

A native of Bangladesh, Saifulislam developed a passion to serve Islam at an early age. He immigrated to the U.S. in 1989 to pursue higher education, earning a master’s degree in business administration three years later.

In 1992, Saifulislam began his military career as a payroll and accounting specialist for the U.S. Navy. He became a naturalized U.S. citizen in 1995, opening the pathway to become an officer. The following year he enrolled in a newly established program designed to train Muslim military chaplains. He was inducted into the Navy Chaplain Candidate Program in 1998, and received his commission a year later as the first Muslim chaplain for the U.S. Marine Corps.

Today Saifulislam is one of two Imam Chaplains in the U.S. Navy, and the first to be assigned to USAFRICOM. He has served as chaplain for such dignitaries as Presidents George W. Bush and Barack Obama as well as Marine Gen. James Mattis. His participation in Cutlass Express was his first visit to the African continent where he had multiple opportunities to engage with key leaders and local practitioners of the Islamic faith.

“My being here shows those I meet how diverse a country America is,” Saifulislam said. “We have people of all faiths in all positions, to include in the U.S. military.”

U.S. Army Sgt. Maj. Chantel Sena-Diaz, senior enlisted leader of religious affairs for USAFRICOM accompanied Saifulislam throughout the week’s events. Together with members of Combined Joint Task Force-Horn of Africa Religious and Civil Affairs, they met with the deputy director of Islamic affairs for Djibouti, the Sultan of Tadjoura and representatives of the Red Crescent Society of Djibouti among others.

To Saifulislam, the opportunities were essential for establishing a lasting partnership with the Islamic community in Djibouti. “Building partner nation capacity can only happen when we have a strong relationship built on trust,” he said.

The significance of America’s cultural and religious diversity became a common thread through many of the engagements. “What does an American look like?” Saifulislam would ask. Through the diverse ethnicity of U.S. service members in attendance, he could easily demonstrate the answer. “Regardless of where they were born or what religion they practice, any U.S citizen can call themselves an American.”

Several scheduled meetings fostered further opportunities to engage with the local Muslim community. In addition to attending prayer service at a mosque in Tadjoura, Saifulislam was invited to say the noon prayer at a mosque in Djibouti City, and give a sermon to Muslims employed at Camp Lemonnier.

“Our faith is a common element between the Islamic people of Djibouti and myself,” Saifulislam said. “People tend to connect more through their faith than anything else. Regardless of who we are, or where we come from, our faith remains the same.”