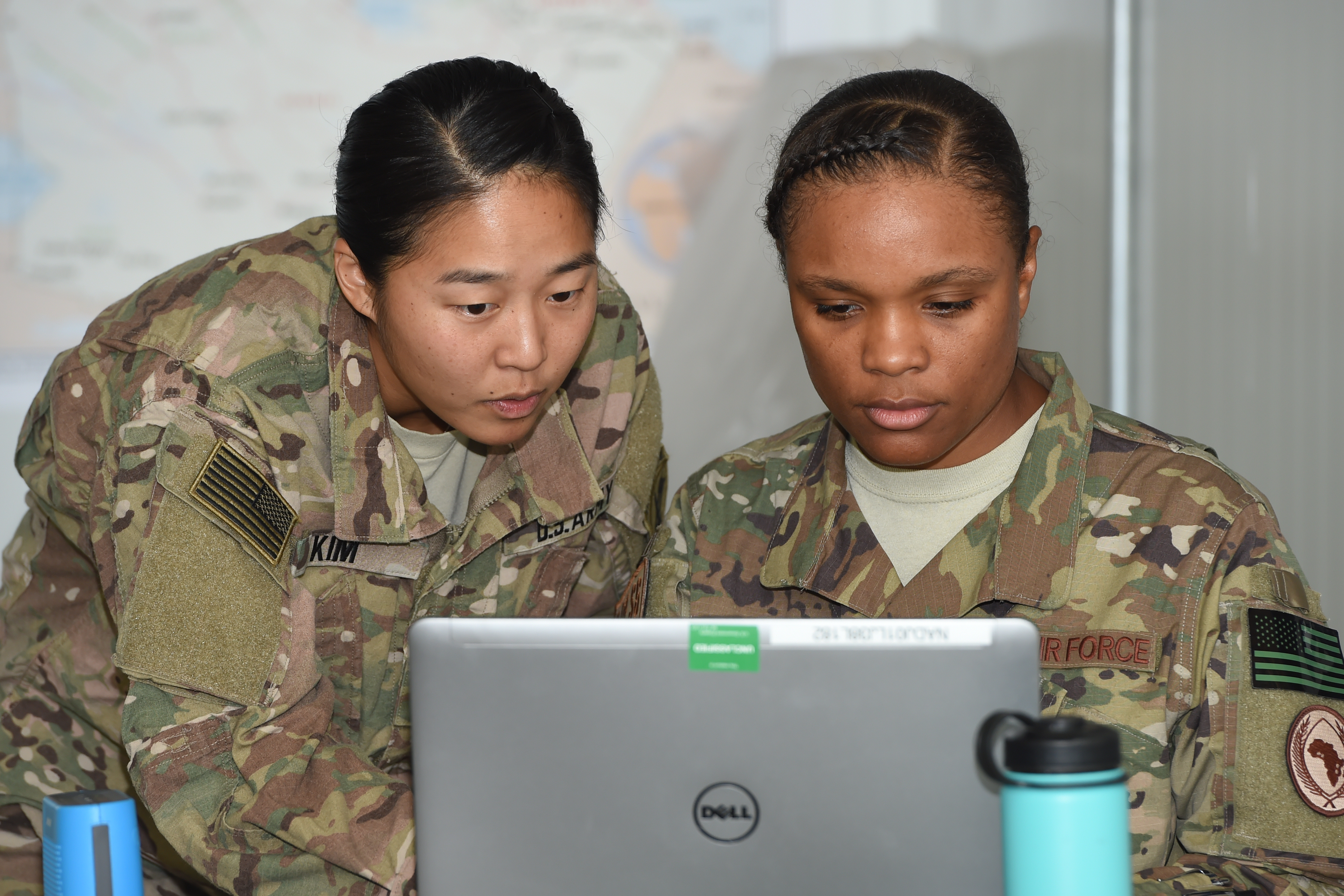 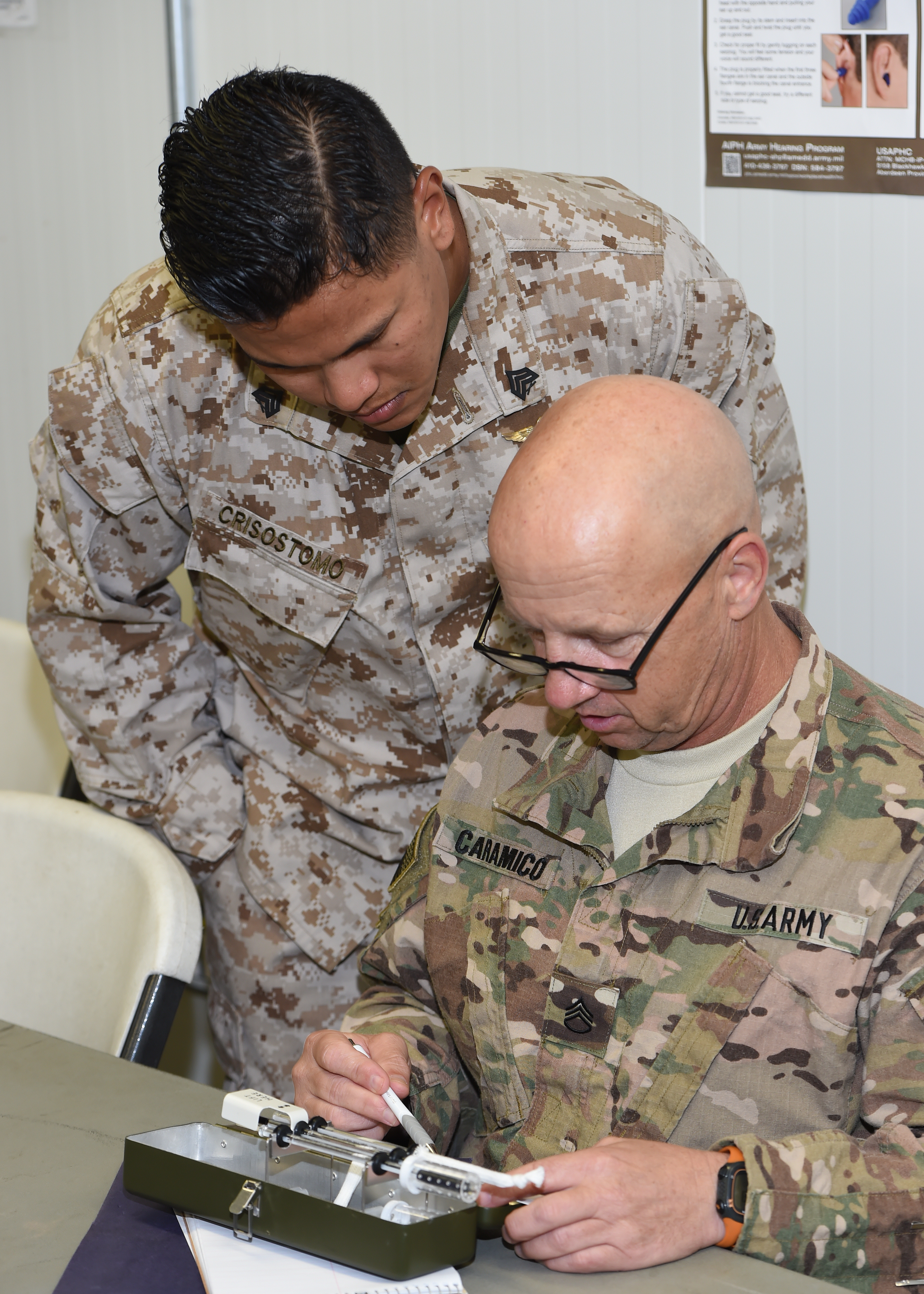 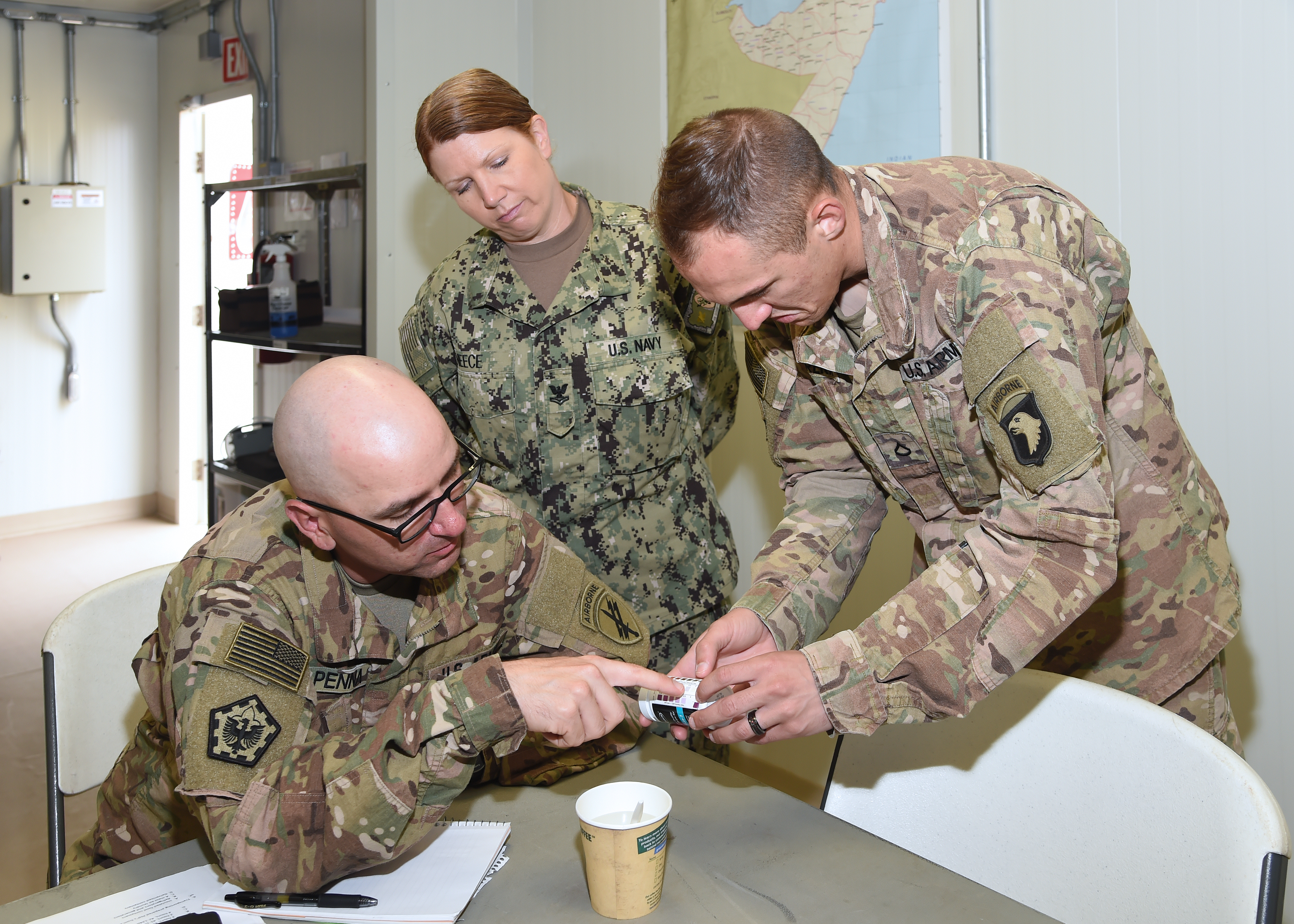 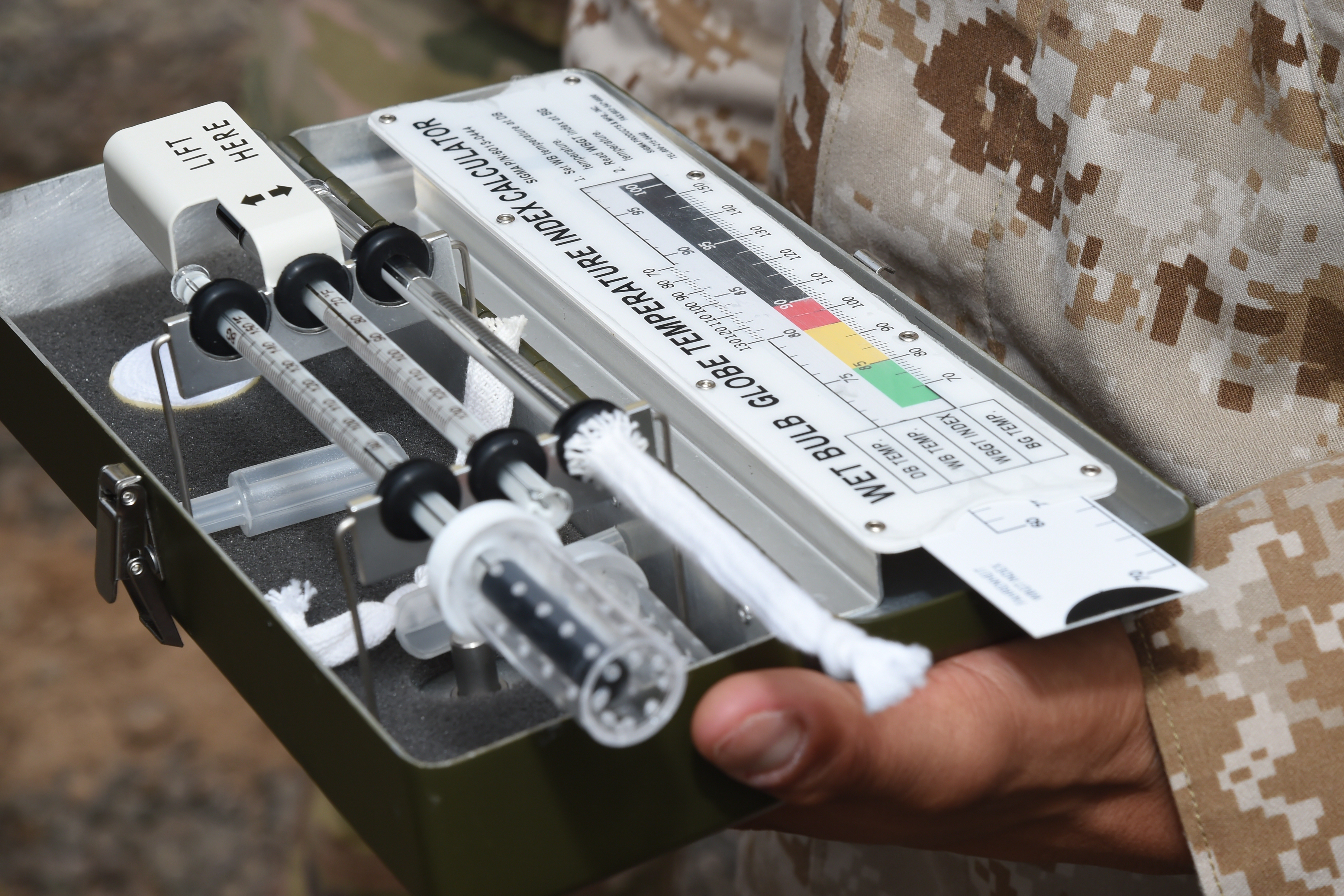 A joint approach to field sanitation Students in the February 13, 2017 Field Sanitation Team Training (FSTT) course at Camp Lemonnier, Djibouti, learn the proper use of a wet bulb-globe temperature kit in order to determine the appropriate hydration requirements and work-rest cycle for troops operating in high temperatures. Injuries such as heat cramps, heat exhaustion and heat stroke are a serious threat to military personnel operating in warm climates, and one of many topics covered by the FSTT course in order to mitigate disease and non-battle related injuries. (U.S. Air National Guard photo by Master Sgt. Paul Gorman) The concept of the field sanitation team was first established in the U.S. Army during World War II as a means to control malaria. Today, the practice has expanded to include a wide variety of field sanitation practices proven to mitigate disease and non-battle related injuries.

February’s FSTT was the first attended by military members from every service branch operating at Camp Lemonnier. It was also the first to include a partner nation representative with the participation of a French military member.

“I learned so much from the different [military] branches, and in this case from our foreign counterpart as well,” said Jones. “Although the type of conditions we are exposed to may vary, at the end of the day our mission is the same.”

Though not exposed to field sanitation in her normal duties, U.S. Navy Logistics Specialist 2nd Class Amy Neece, budget analyst for Camp Lemonnier, expressed great interest in learning how other branches sustain themselves in a non-traditional environment.

“I had no idea how much planning is involved in field sanitation,” Neece said. “The amount of work that occurs behind the scenes to make even common tasks like using the latrine, or taking a shower possible is amazing.”

The FSTT course culminated with an exam covering the various topics presented during the week.  Upon passing the exam, students were presented with a certificate signifying their completion of the course. Participating Soldiers were also awarded points toward their promotion because of the U.S. Army’s requirement for trained field sanitation teams.

According to Jones, whether a service member attends for promotion points, or simply for self-improvement, the knowledge alone is a significant force multiplier.

“When it comes to sanitation and health, just knowing what to do and how to do it can benefit anyone and everyone.” Jones said.

Jones intends to continue regular joint FSTT courses throughout her deployment, and into future deployment rotations through the preventative medicine technicians assigned to Camp Lemonnier.