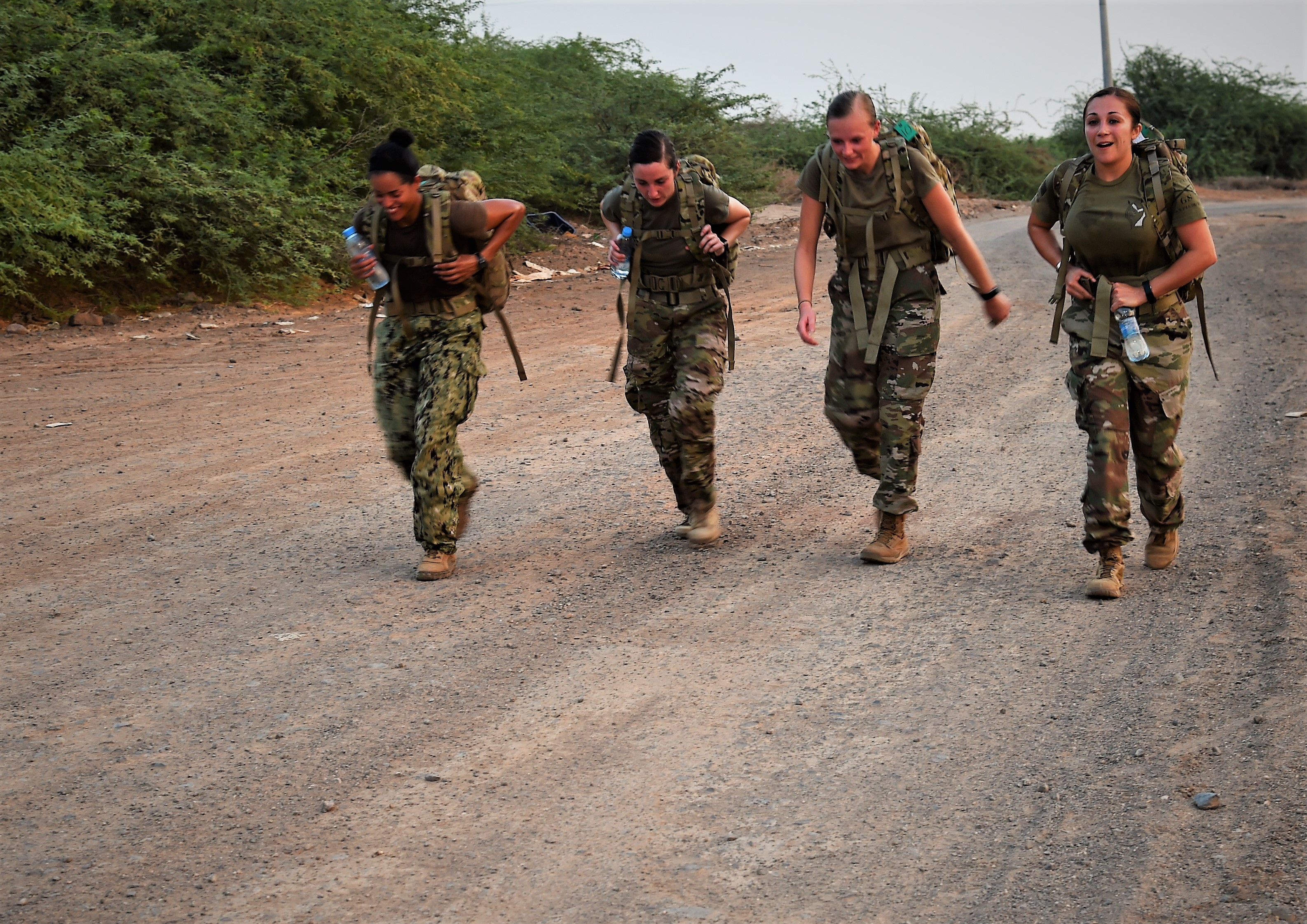 CJTF-HOA 9/11 remembrance competition strengthens bodies, bonds of joint-branch warriors Service members of Combined Joint Task Force – Horn of Africa and Camp Lemonnier participate in the ruck march portion of the Joint Warrior Competition, Djibouti, Sep. 9, 2017. The grueling course traversed the camp and a nearby Djiboutian beach, looping down and back to accommodate a 7-km run, 600-meter swim and 7-km ruck march. The event was an opportunity for participants to appreciate the joint military force, showcase teamwork and remember 9/11. (U.S. Air National Guard photo by Tech. Sgt. Andria Allmond) 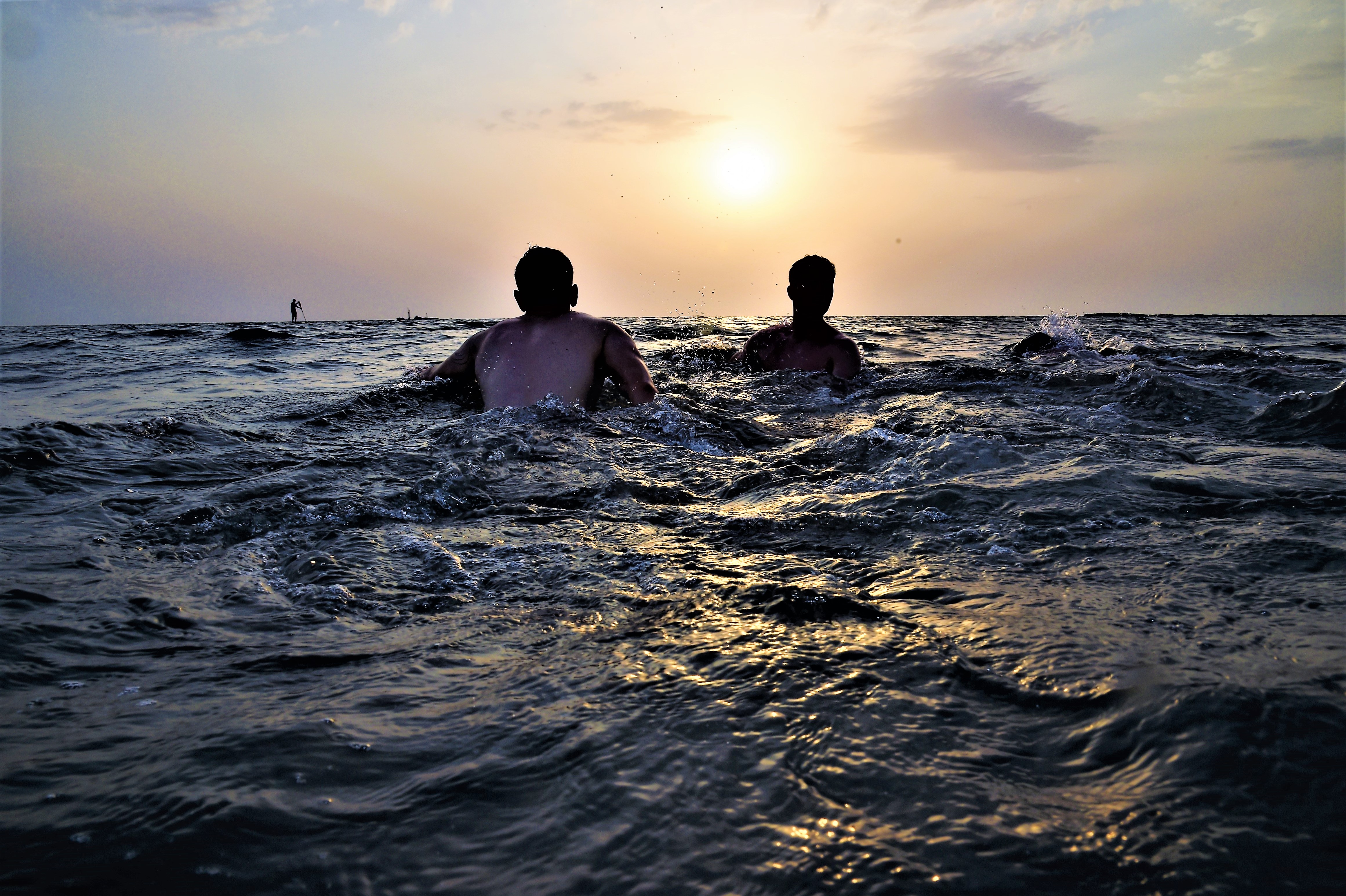 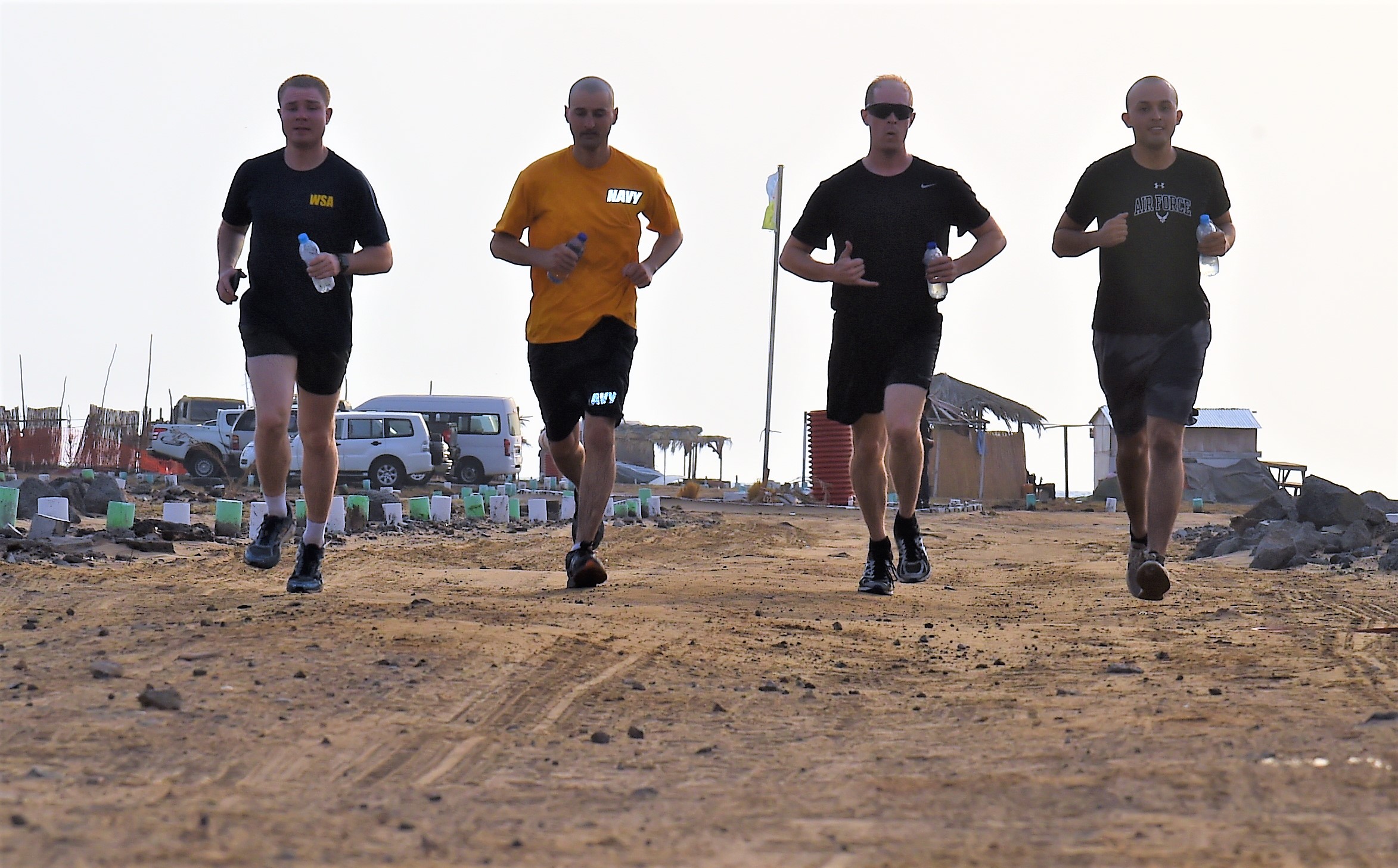 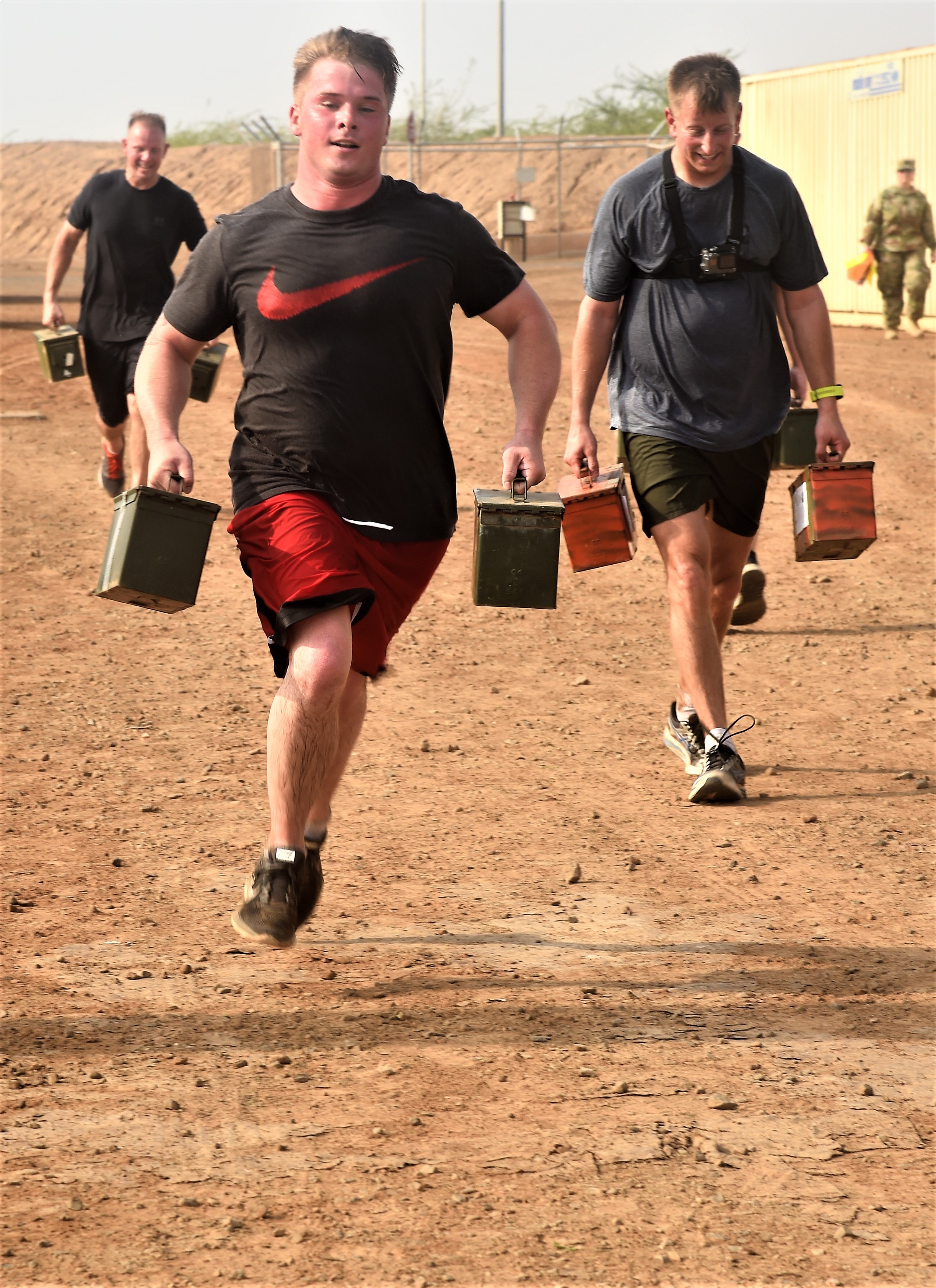 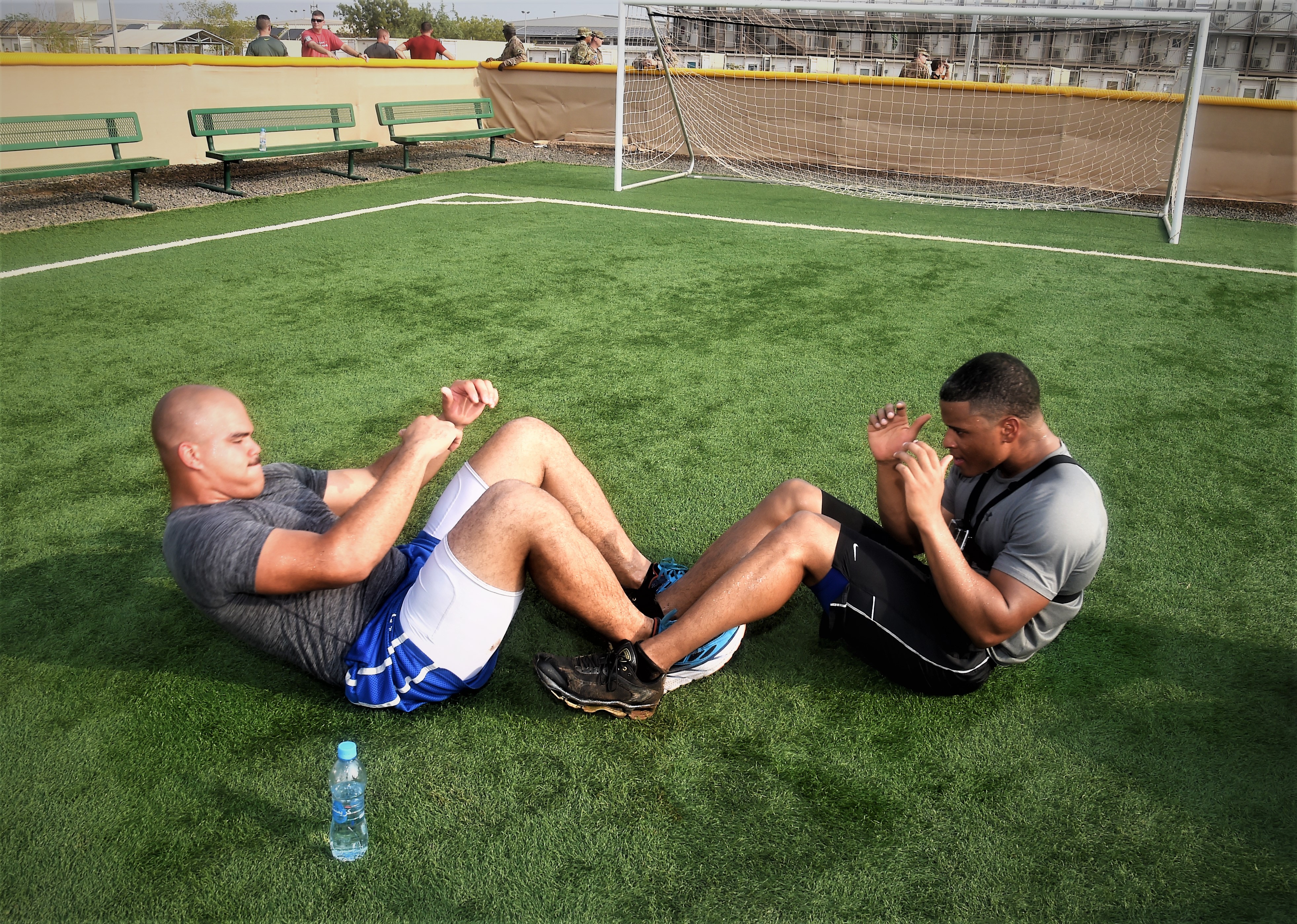 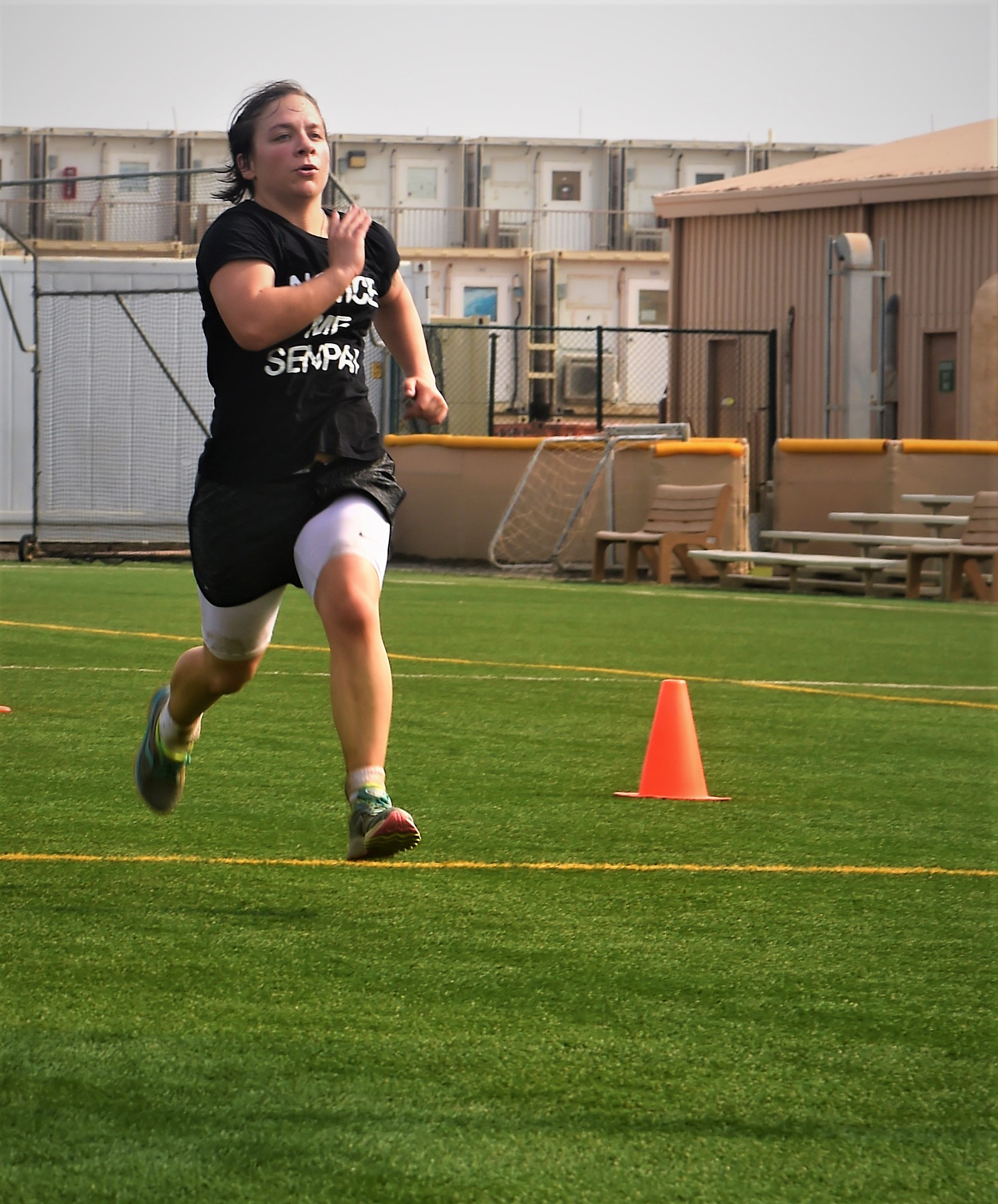 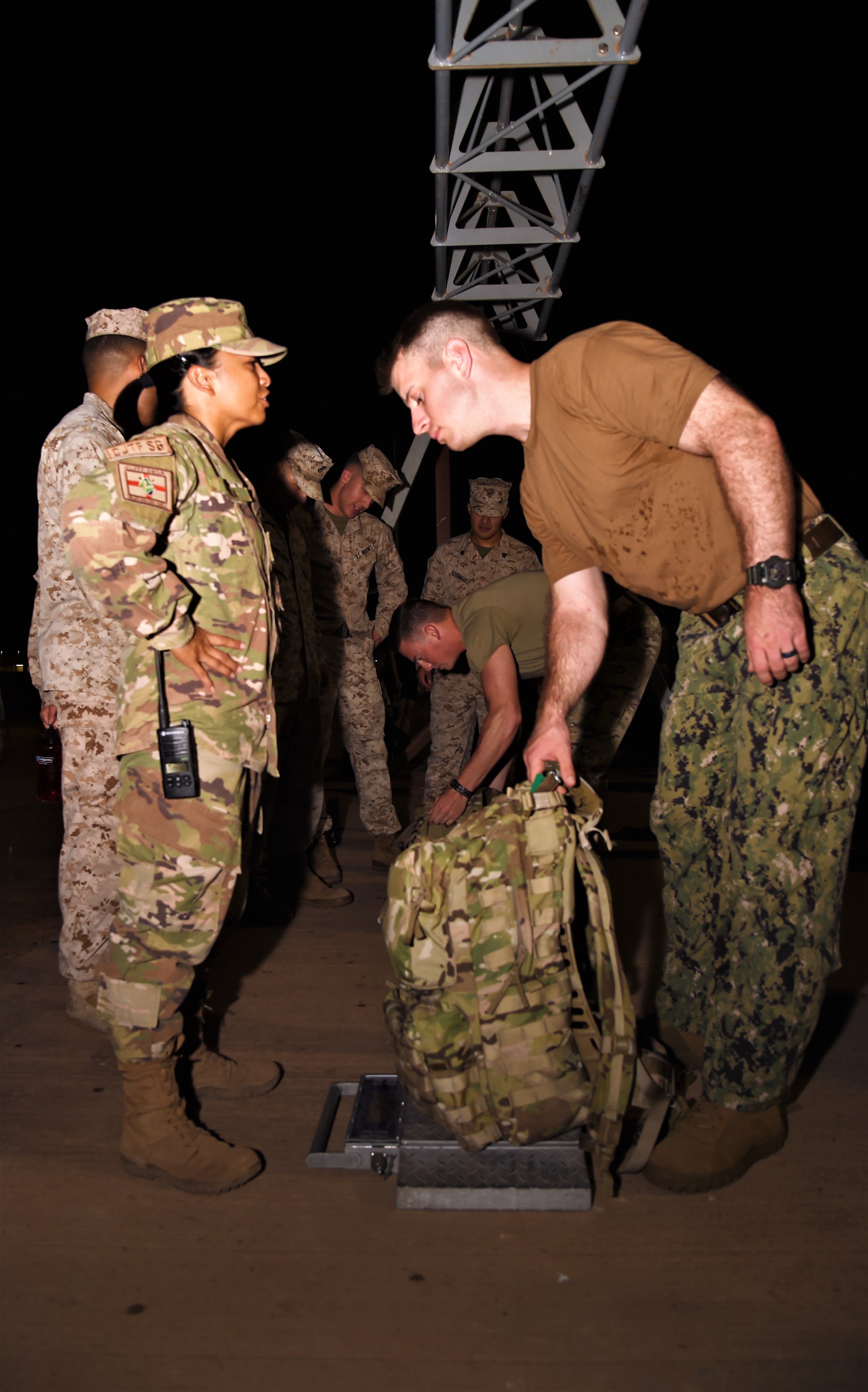 For the third year in this CJTF-HOA-hosted event, competitors joined in a grueling collaboration of feats to symbolize the joint military force, showcase teamwork and serve as a 9/11 remembrance.

“9/11 is why we’re here today; that’s where this Camp came from and all the missions that this Camp supports,” said U.S. Air Force Brig. Gen. Howard Purcell, CJTF-HOA deputy commanding general. “Here we stand, on the shoulders of the heroes of that day, taking the fight directly to the enemy. That fight requires commitment and that commitment is reflected in this competition – a commitment of strength, endurance and mental toughness.”

The grueling course traversed the camp and a nearby beach, looping down and back to accommodate a 7-km run, 600-meter swim and 7-km ruck march. Afterward, warriors participated in the following actions of strength and endurance: pullups, pushups, squats, sit-ups, ammunition-can carry and high crawl before sprinting to the finish line.

Although many fitness events take place here, this iteration of the Joint Warrior Competition possessed a modification from previous iterations. This time, CJTF-HOA challenged teams to be composed of varied military branches to express the significance of the joint environment here.

“It’s an opportunity to take part in an event that allows you to operate with fellow service members that you might have never have worked with before,” said U.S. Marine Corps Master Sgt. Scott Hart, CJTF-HOA Joint Operations Center senior enlisted leader and a primary point of contact for the event. “And in doing this, it improves the joint force in all aspects: work environment, physical conditioning and perception.”

U.S. Army Master Sgt. Michael Galley, also a primary point of contact for the Joint Warrior Competition, said a joint team allows the specialties of the members within those service branches to be showcased.

And while some service members competed as individuals, according to Hart and Galley, another important dynamic of this event was teamwork. Teams were configured in either four-person squads or two-person units. The team cohesion provided a dynamic element to the punishing contest.

“We were able to go through this together as a team, motivating each other, keeping each other going and remaining positive even when it was a strain,” said competitor of an all-female, joint-branch team U.S. Army Staff Sgt. Crystal Velasquez, CJTF-HOA 443rd Civil Affairs Battalion senior enlisted medical advisor.

The Joint Warrior Competition, formerly held in March, was changed to September this year so the event could serve as a 9/11 observance for CJTF-HOA and Camp Lemonnier personnel. Hart echoed Purcell’s statement.

In the end, the event reinforced the core belief in CJTF-HOA, that joint partnerships and strong relationships are necessary to successfully neutralize violent extremist organizations.

“I hope everyone who participates in this takes from this the idea that everybody here has one goal, as one team, to finish - a mission, a project, a competition,” said Galley.