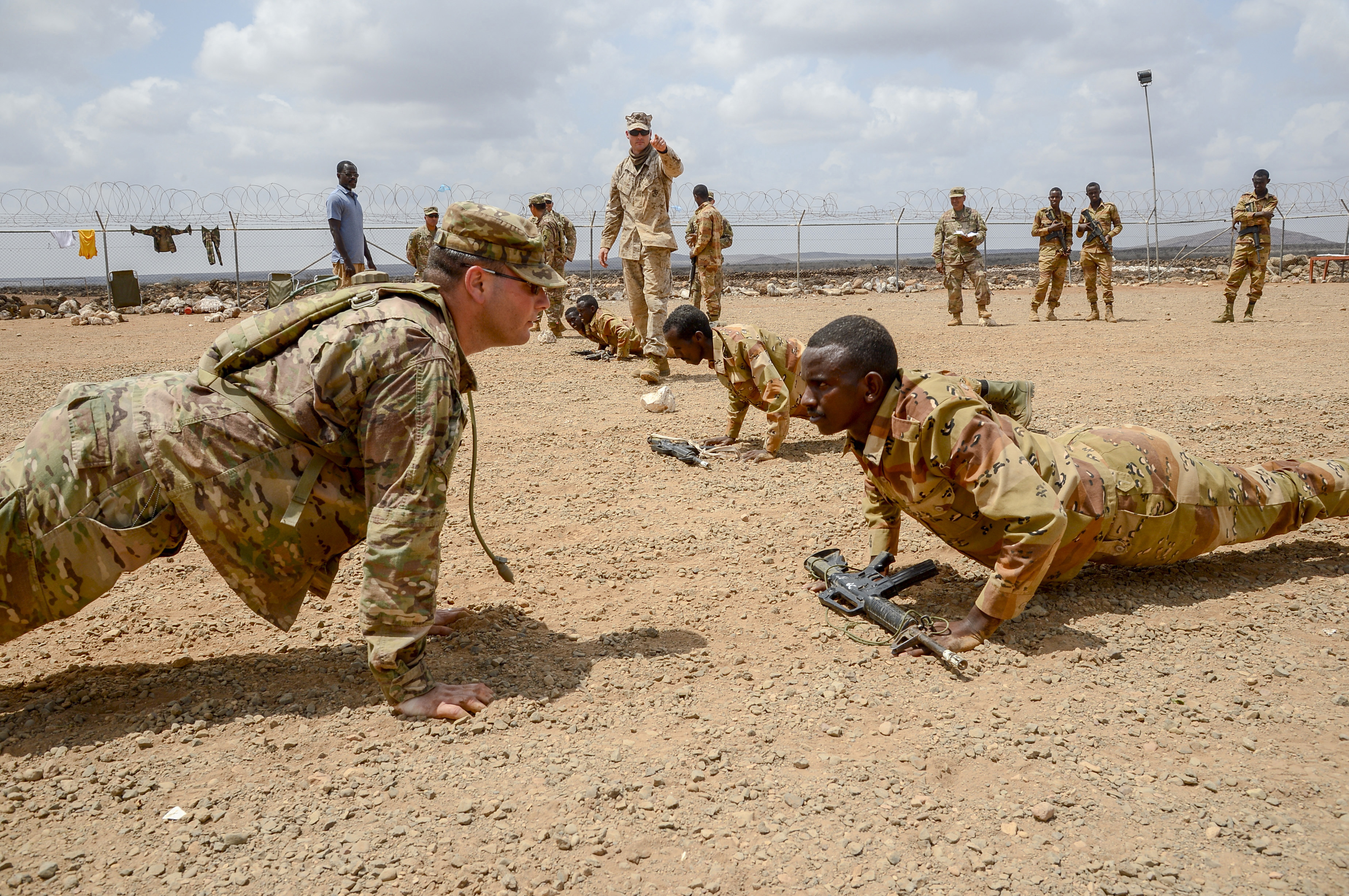 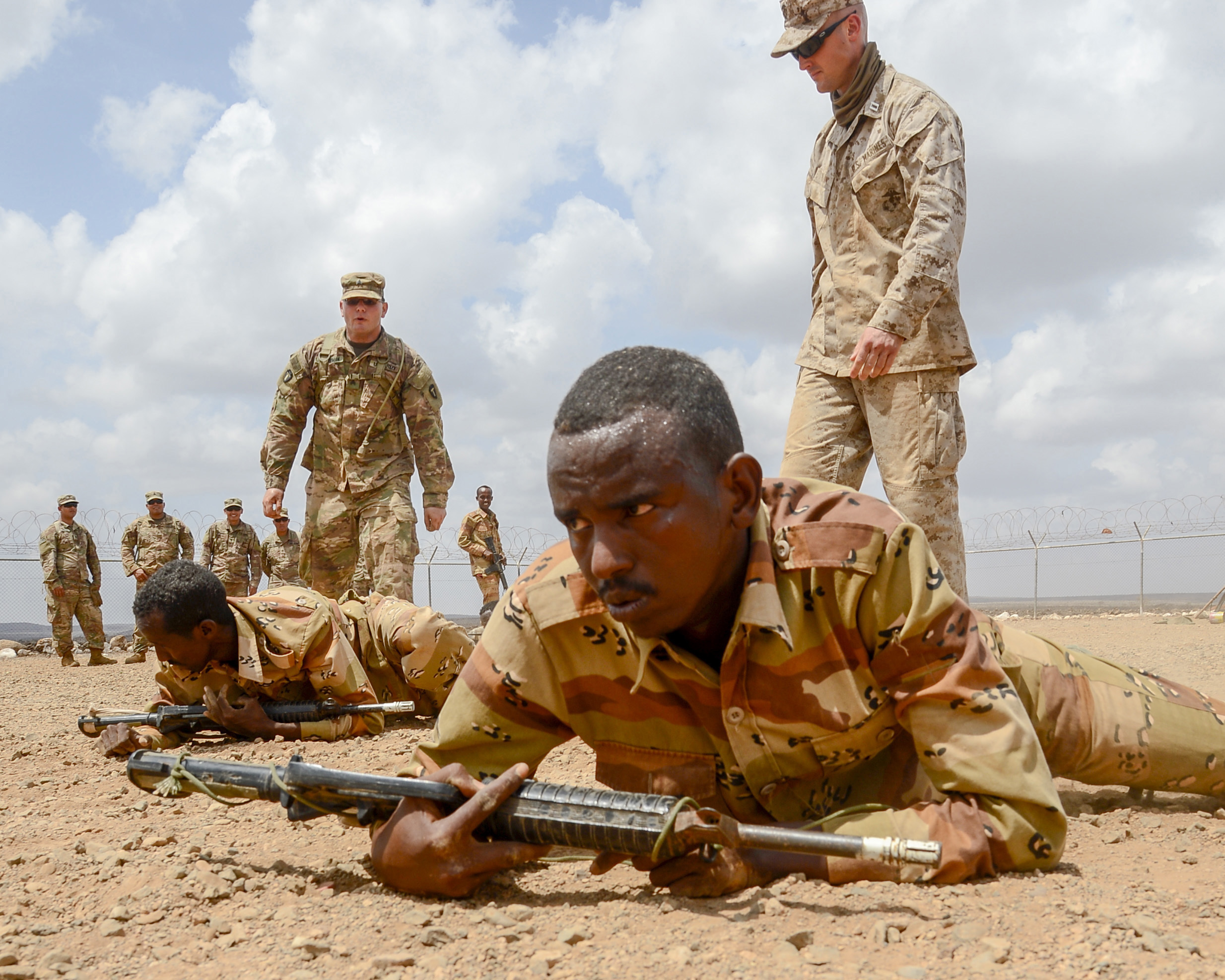 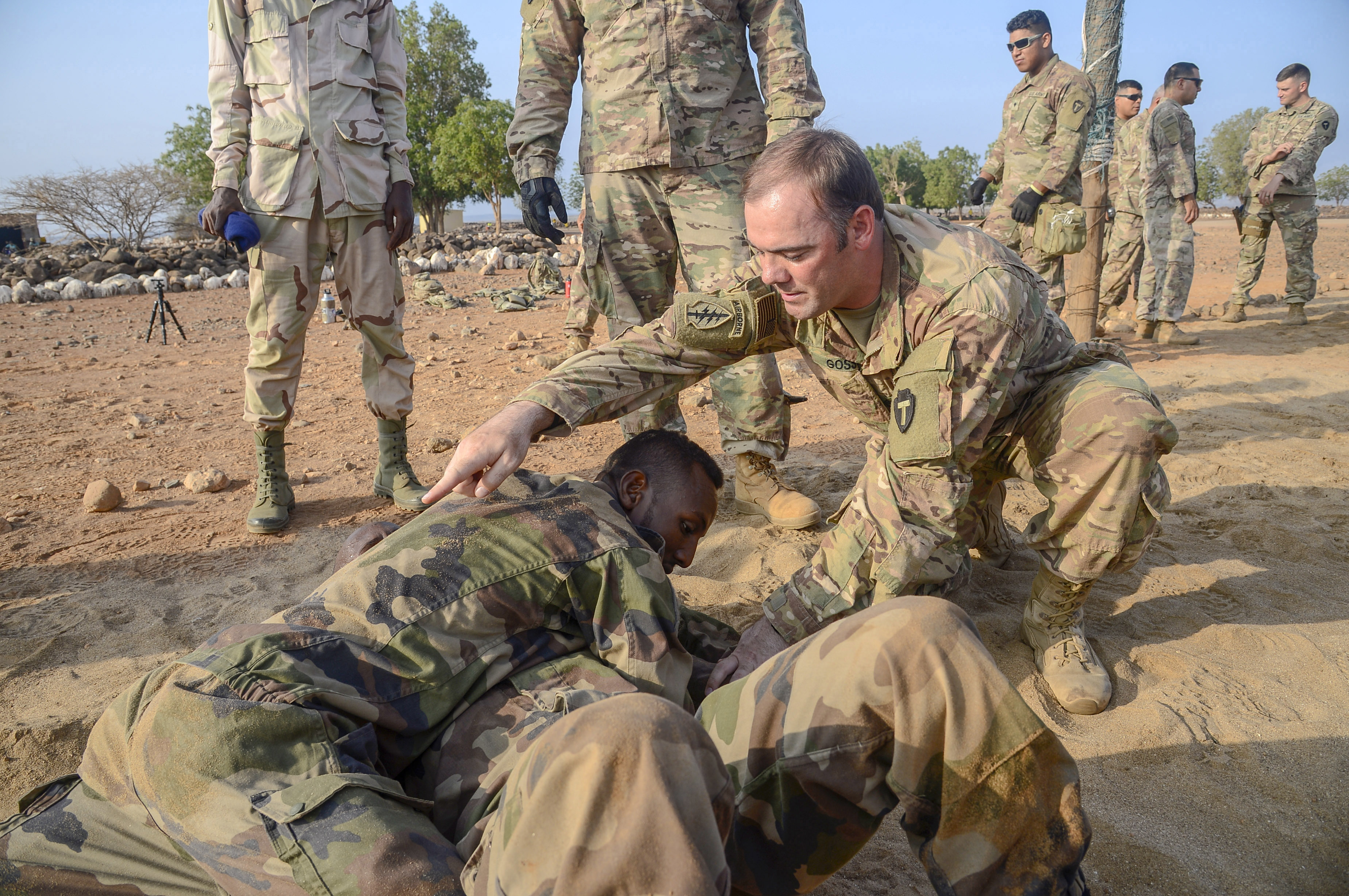 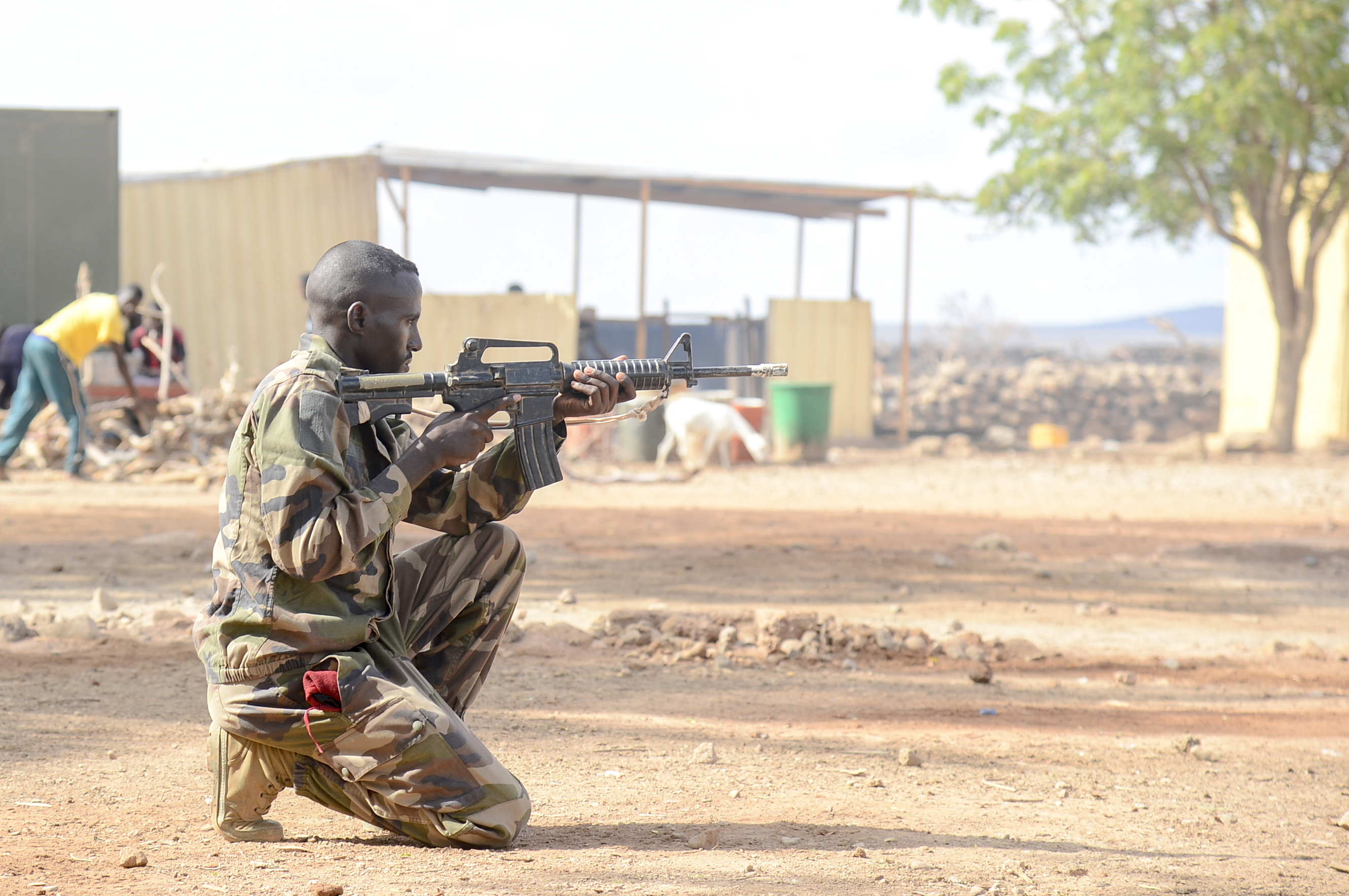 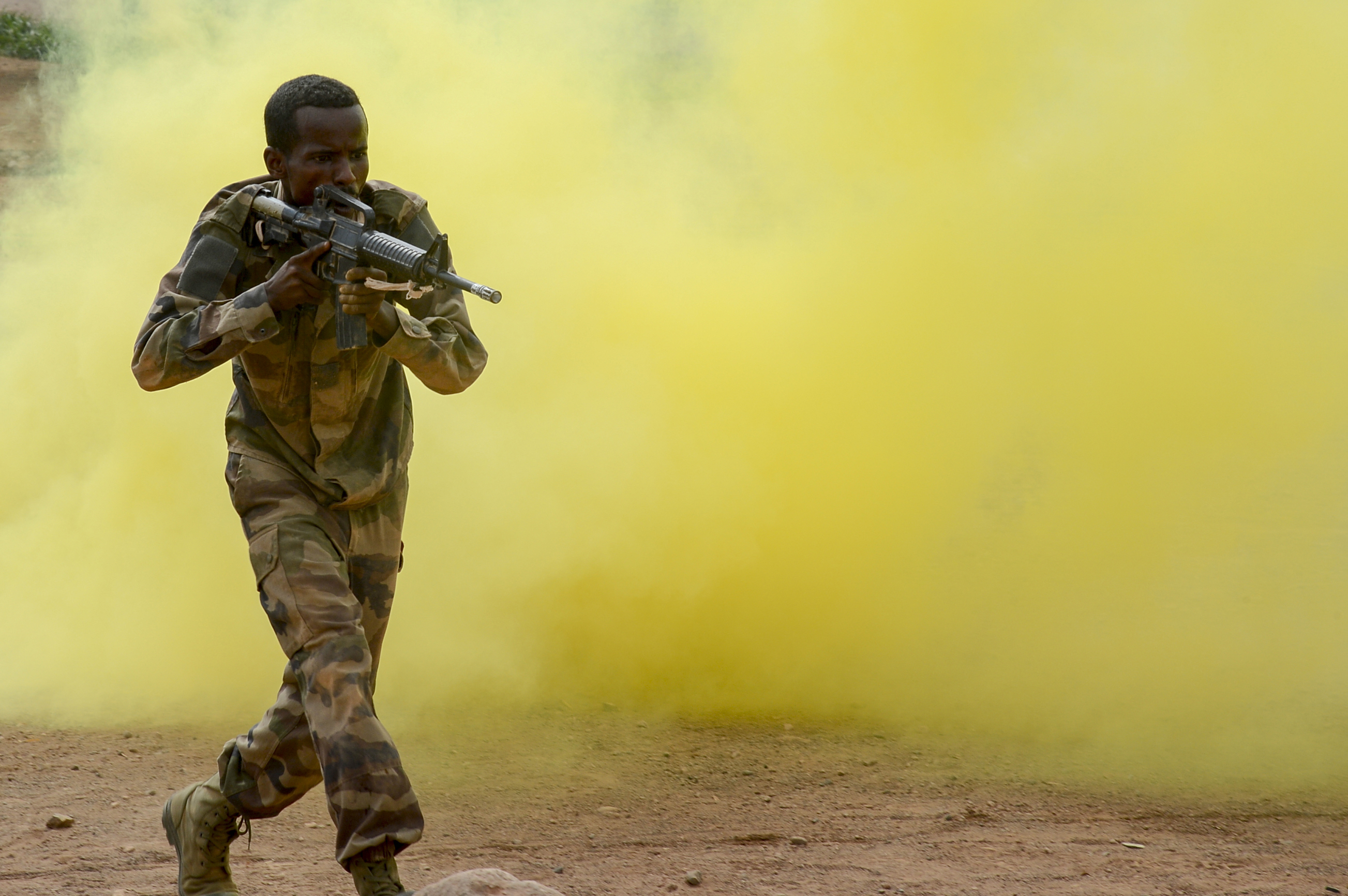 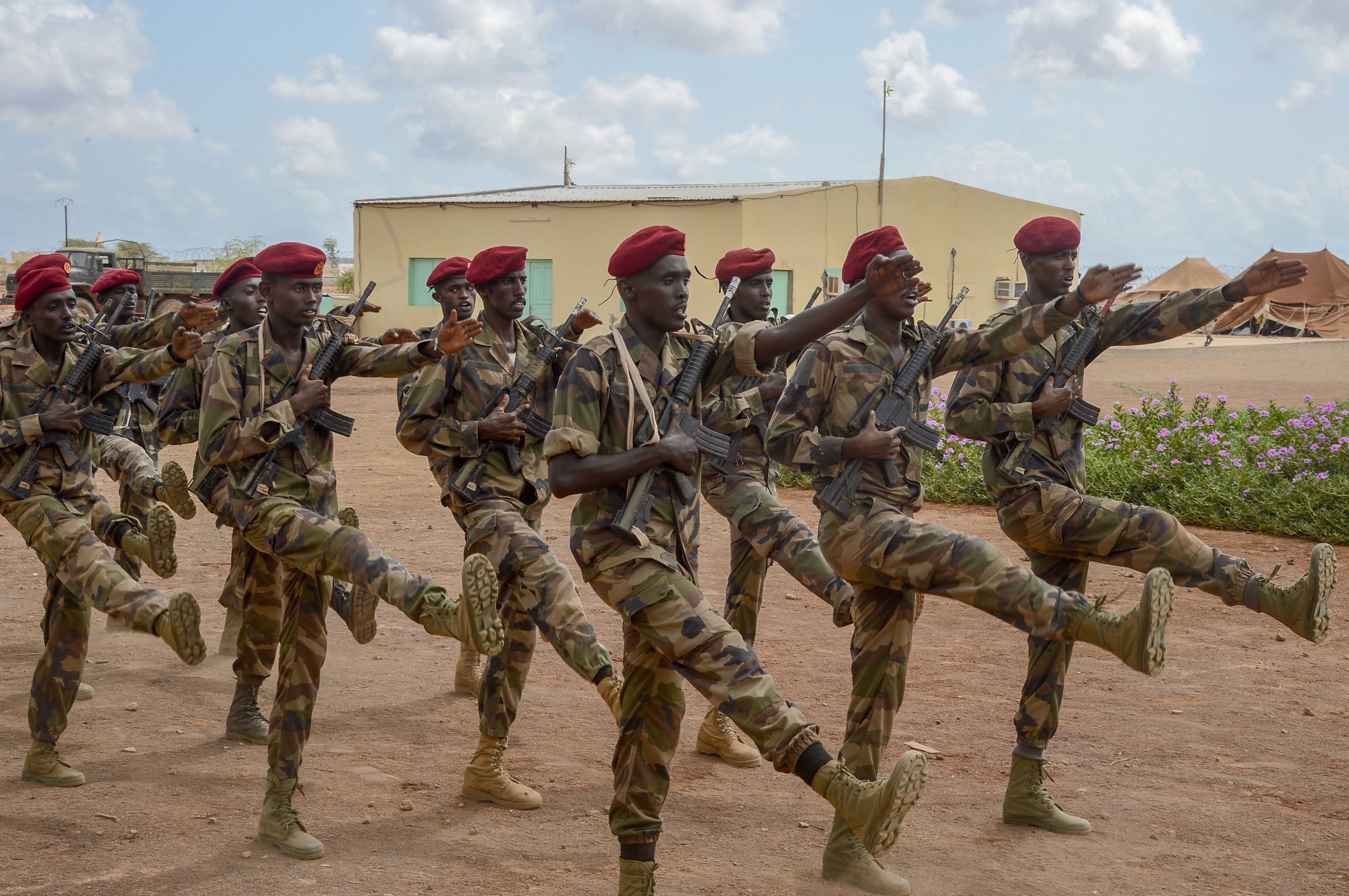 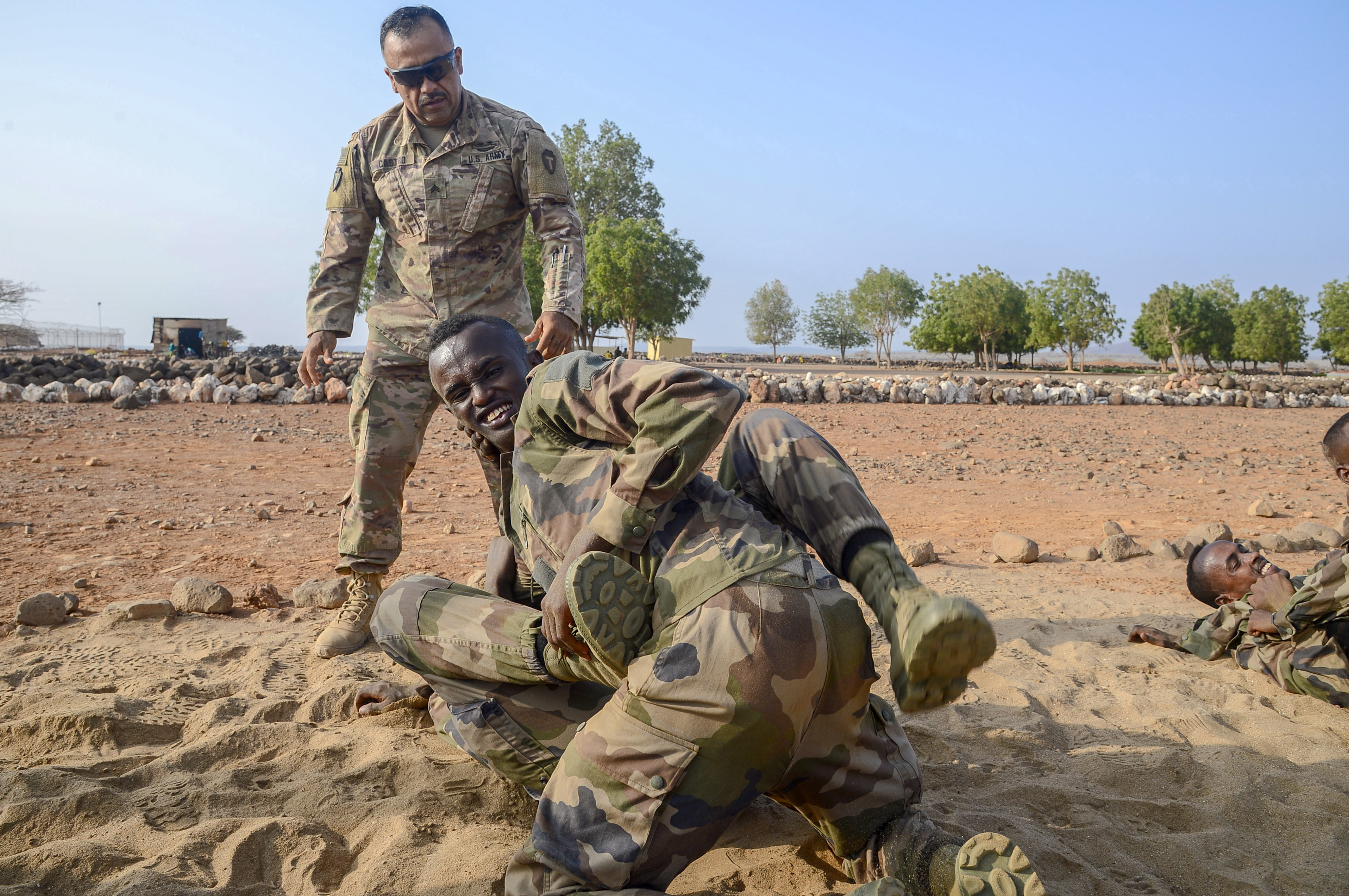 DJIBOUTI—Members of the Djiboutian Army’s first ever Rapid Intervention Battalion (RIB), graduated from training following a culminating exercise at a site outside Djibouti City, May 3.

Soldiers worked hand in hand with the RIB members to ensure they received the highest quality of instruction according to U.S. Army Sgt. Vincent Merriman, an instructor.

“Even though the language barrier made things difficult at times, we physically got down with them to show the proper way to do things.” Merriman said, “They caught on quickly and took the training very seriously, that in itself makes it all rewarding.”

The RIB’s mission is to serve as a reactionary force to accomplish specified tasks directed by their higher command in the Djiboutian army. Djiboutian Army Cpt. Omar Ali Hassan, Commanding Officer of the RIB, spoke of his men’s enthusiasm in regard to that mission.

“The RIB is young and the men are motivated, show a lot of interest, and are conscious that this is a very good opportunity for their careers.” said Hassan.

While most of the men will be joining the ranks of the RIB immediately, members that stood out during training have been invited to return to work side by side with U.S. service members to assist in training the next classes.

“We are really proud of the new members of the Djiboutian Rapid Intervention Battalion and the U.S. service members who have worked closely together in training. This partnership will result in Djibouti having a ready force to strengthen security and stability, counter violent extremism in east africa, and respond quickly to a variety of crises.” said Zana.