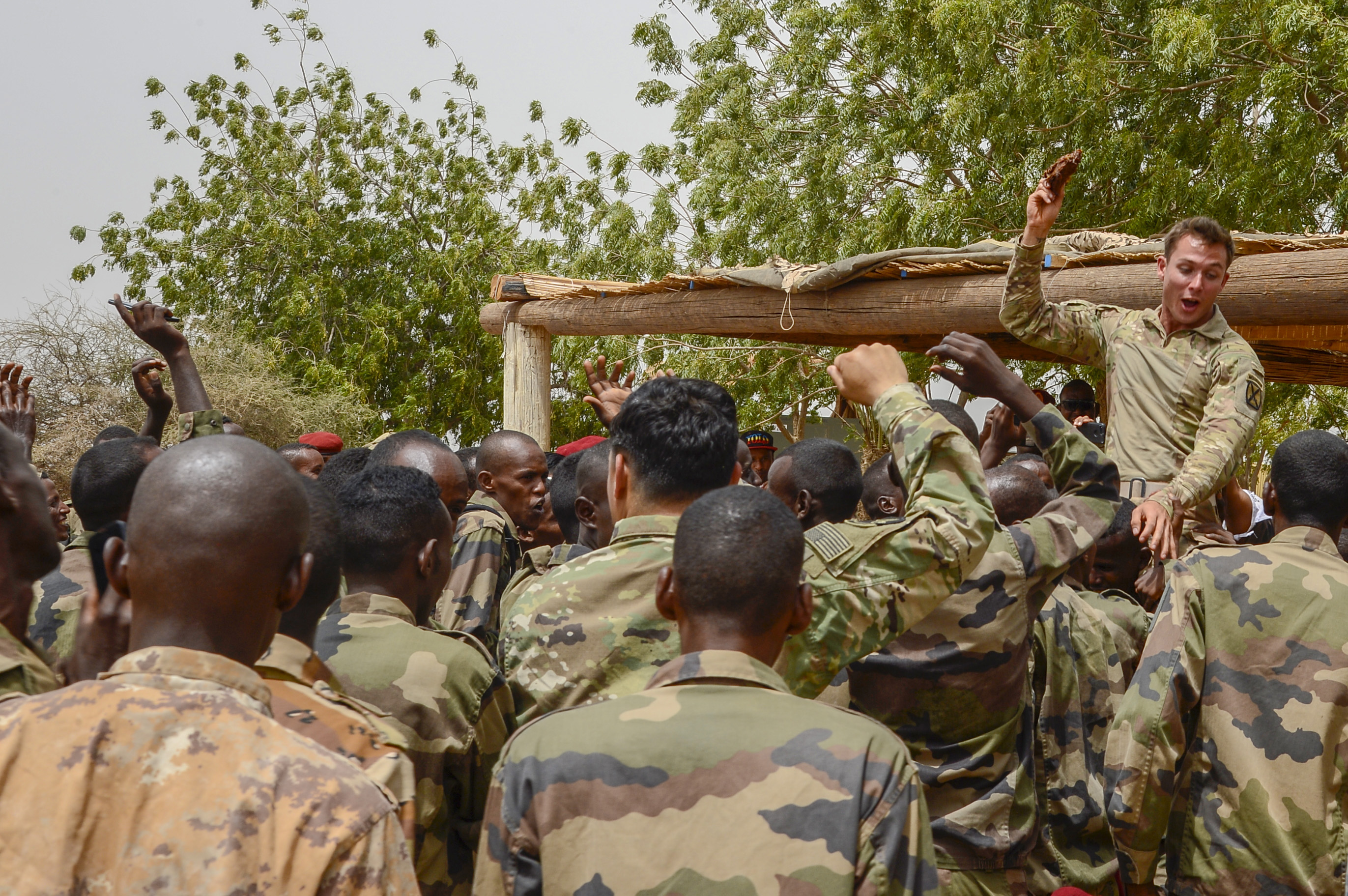 During the ceremony, top performing soldiers were recognized, traditional Afar and Somali dances were performed, and Combined Joint Task Force-Horn of Africa (CJTF-HOA) and RIB leaders spoke to the men. U.S. Navy Cmdr. Robert Yovich, CJTF-HOA Director of Future Operations, congratulated the graduates during his remarks.

"This training and collaborative effort only make our bonds stronger; I appreciate your hard work and dedication and I applaud you for this accomplishment." said Yovich.

“Where you are now, are leaps and bounds from where you began.” said Fort, “I encourage you to train on your own and I am proud of every one of you.”

CJTF-HOA’s continued commitment to training and equipping the RIB enables Djibouti’s effectiveness in developing security and stability within its’ borders and East Africa, according to Marine Corps Capt. Aaron Baker, CJTF-HOA Officer in Charge of RIB Operations.

“The development of the Rapid Intervention Battalion (RIB) holds significant strategic value in the long lasting partnership between the U.S. forces and the Djiboutian military.” said Baker.

Set apart from the first training cycle of the RIB, this group included previous graduates instructing alongside U.S. Soldiers.

“The RIB Soldiers are extremely motivated to learn U.S. tactics and techniques.” said Baker, “I have witnessed their Non-Commissioned Officers blossom since the initiation of the RIB and take on additional teaching and instructional procedures.”

The RIB’s mission is to serve as a reactionary force to accomplish specified tasks directed by their higher command in the Djiboutian army. Djiboutian Army Cpt. Omar Ali Hassan, Commanding Officer of the RIB, spoke of his men’s enhanced understanding of that mission.

“The battalion has a better idea of why they are here and through that are more cohesive.” said Hassan, “They are very motivated and looking forward to the rest of their training.”