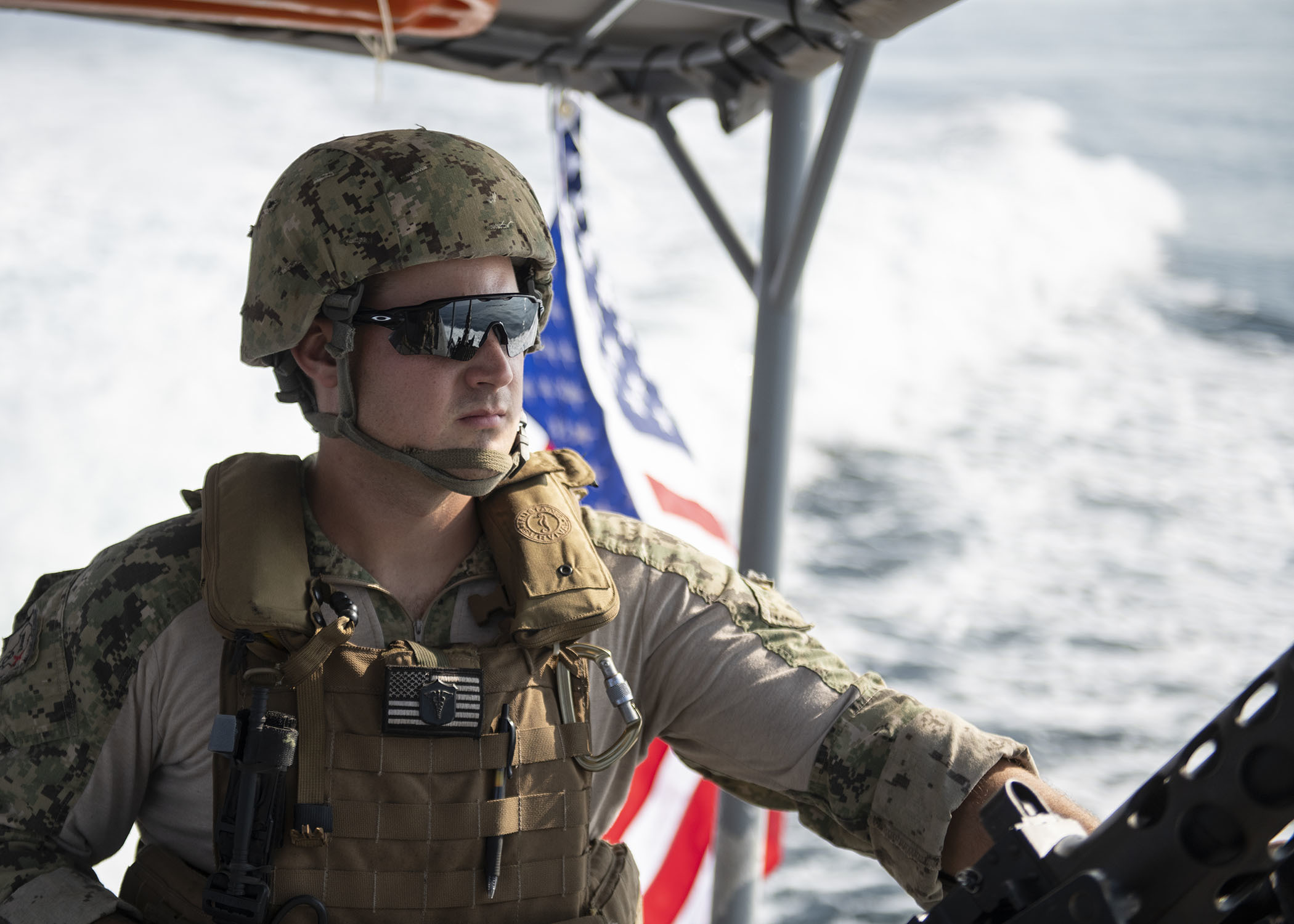 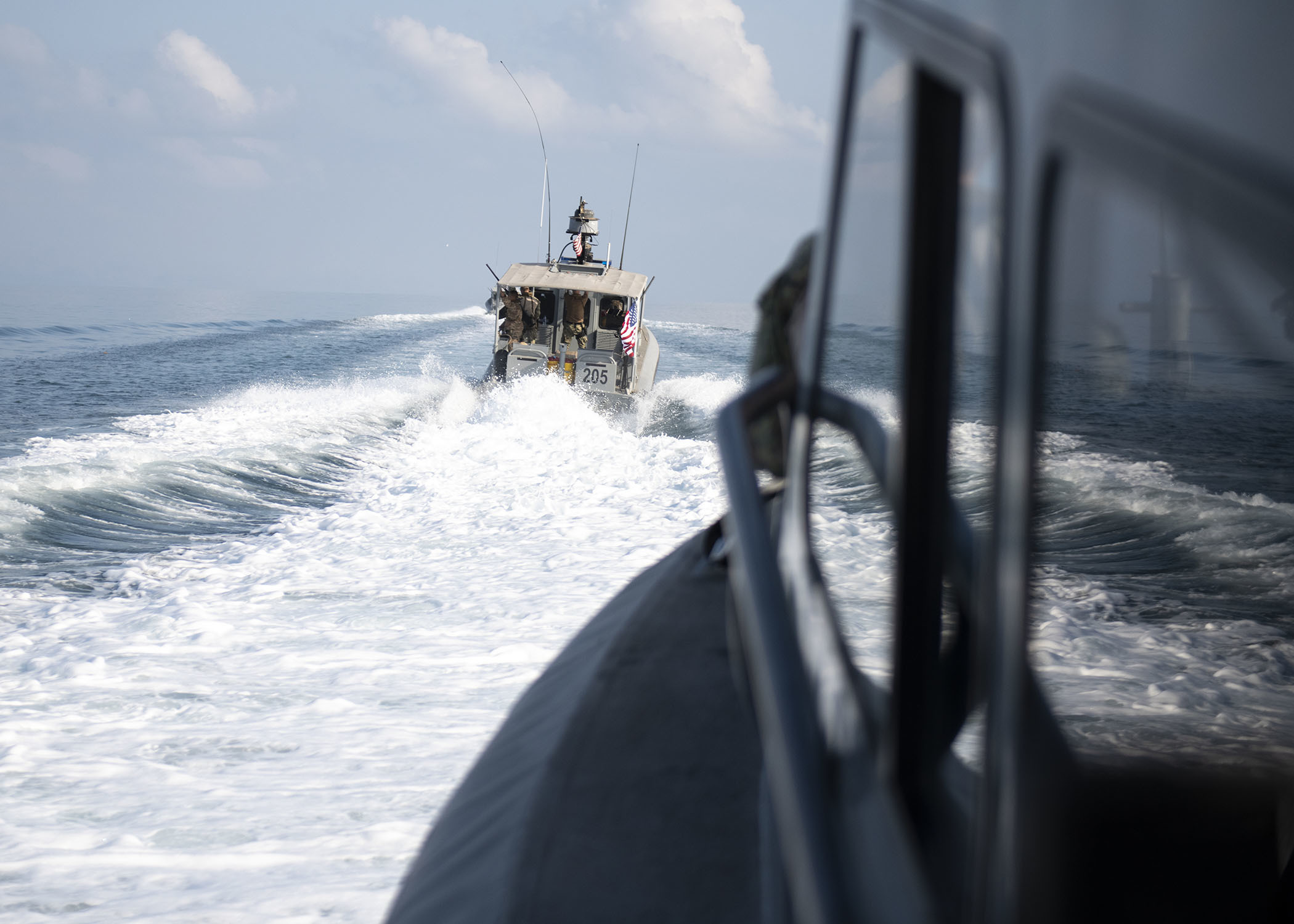 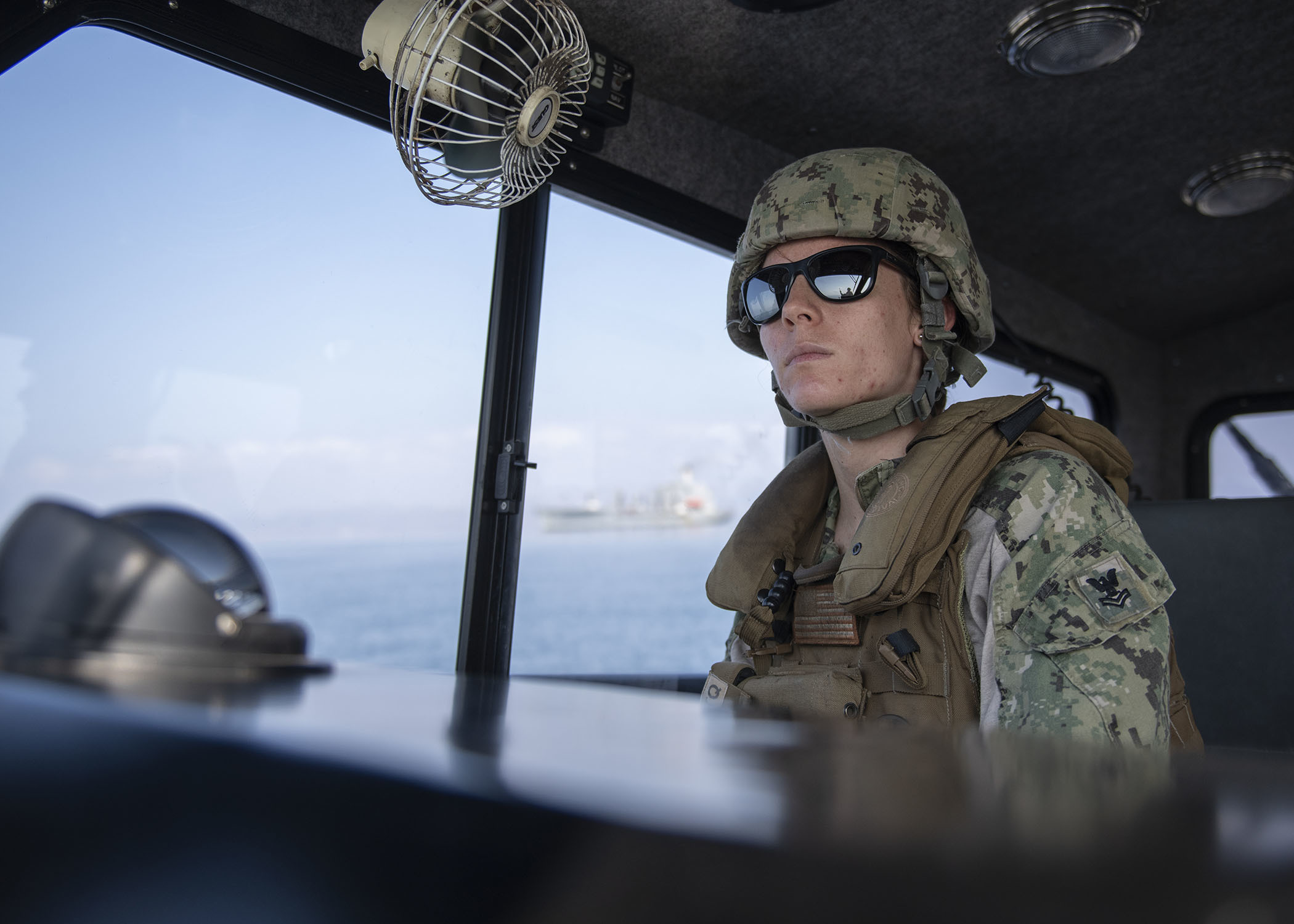 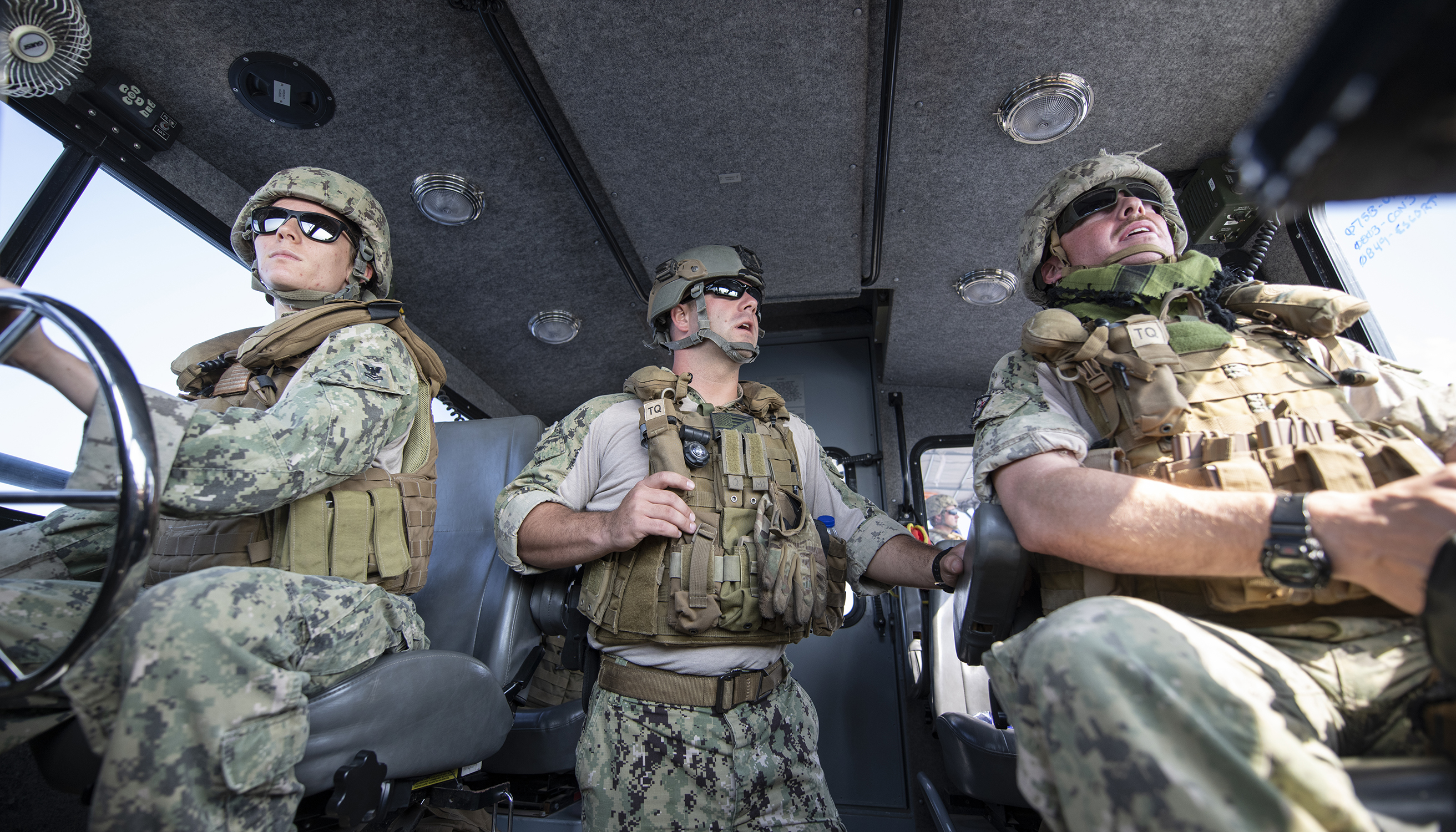 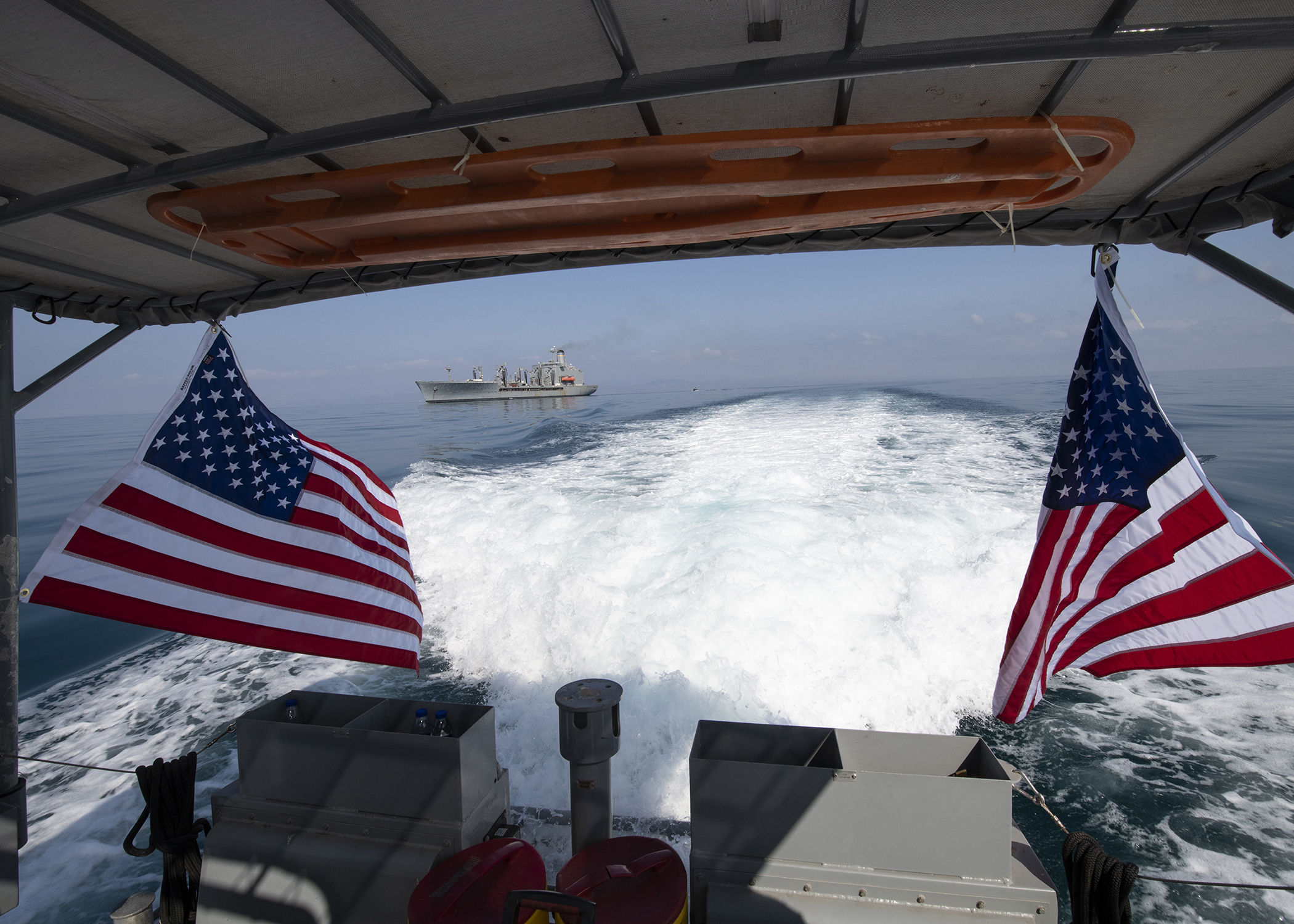 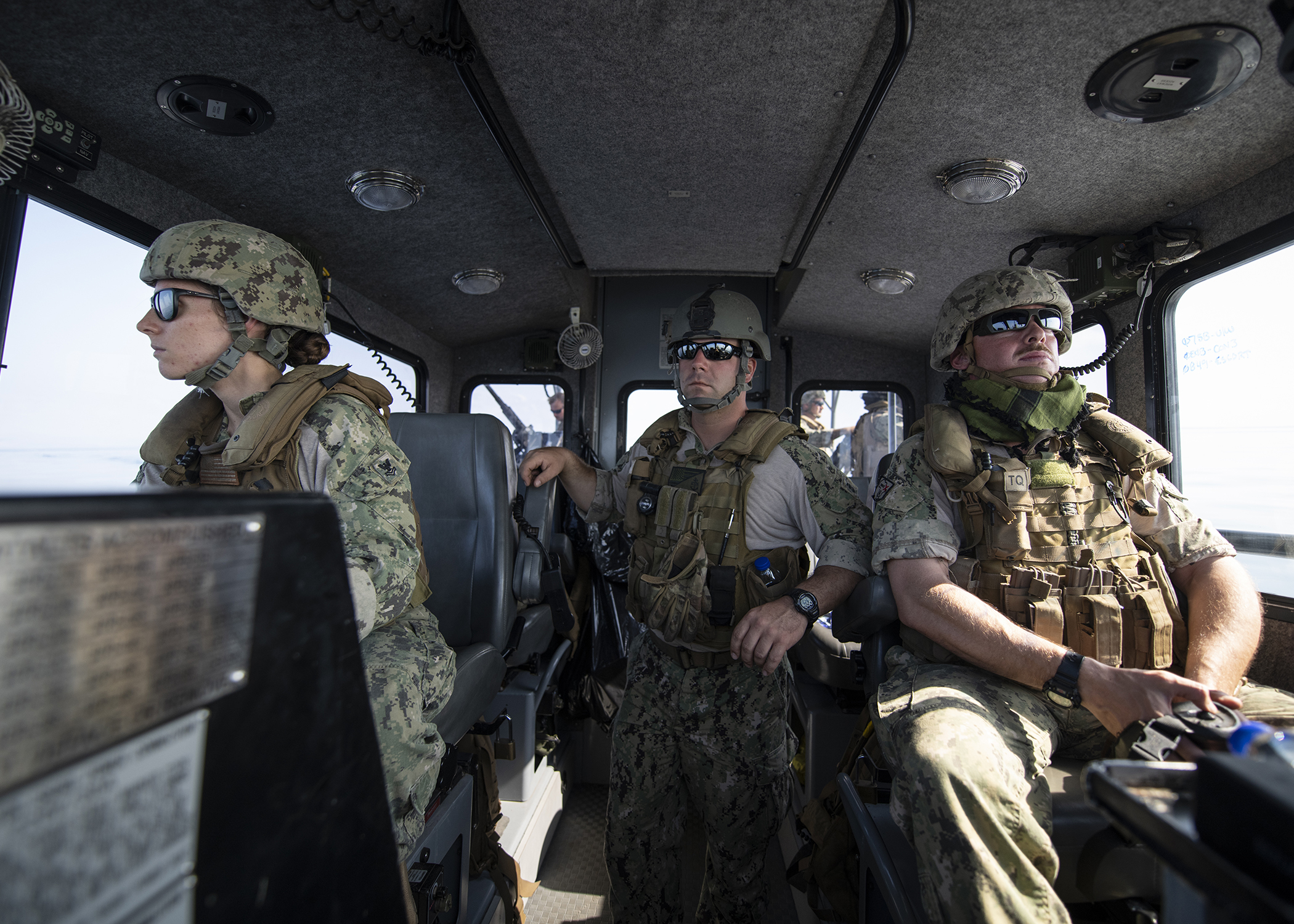 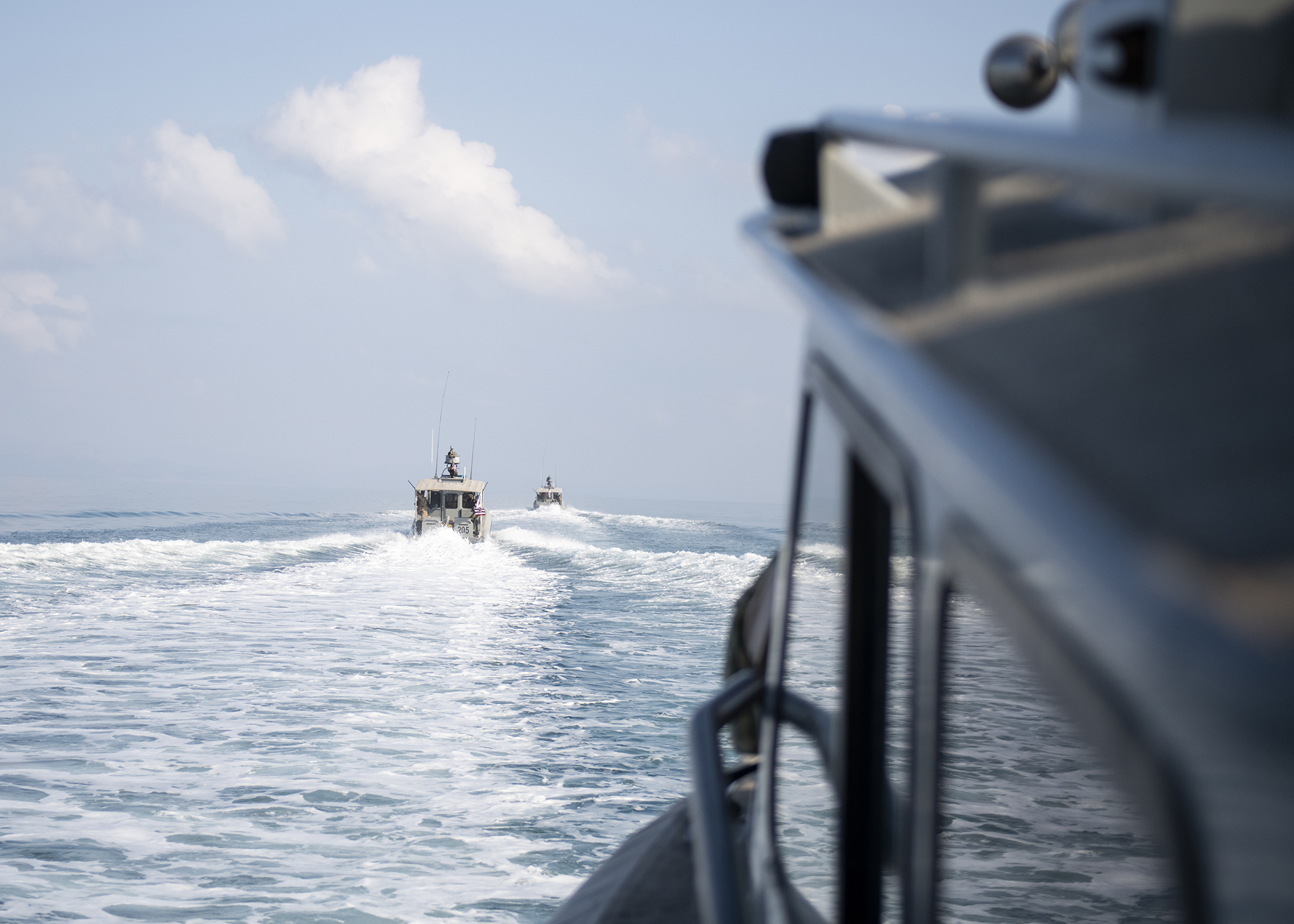 CAMP LEMONNIER, Djibouti – What is a pirate’s favorite letter? Rrr…? Nope. It’s the Sea. And pirates beware, because Coastal Riverine Squadron 8 conducts maritime security operations regularly. With their twin-engine Rigid Hull Inflatable Boats mounted with three fully-automatic weapons and a team of highly-skilled Sailors, they look menacing to any foe.

On Dec. 7, CRS 8 proved that while providing armed over watch for the fleet replenishment oiler USNS Henry J. Kaiser (T-AO 187) in the Gulf of Tadjourah, which was no difficult feat because of the small unit’s greatest weapon -- Camaraderie.

“We are a very tight-knit community,” said U.S. Navy Chief Petty Officer Michael Williams, coxswain, CRS 8, deployed to Combined Joint Task Force-Horn of Africa, Camp Lemonnier, Djibouti. “When you spend 12 hours with the same crew for six, sometimes seven, days a week, you learn things about each other. Not just personalities, preferences and family stuff, but how they work. You learn their body language and what they mean by how they say or do something.”

Williams said falling into the unique groove they have isn’t uncommon in the Navy, but it is particularly important on this deployment to Djibouti. Although they are a small crew, they have everything they need.

“We adapt, overcome and persevere,” he said.

The plus side for the chief is that the small crew doesn’t make them less lethal, rather it’s transformed them into a well-oiled machine capable of doing anything the mission throws at them. From bow to stern, each member of a boat team knows the ropes, motors, guns and gears.

“It’s extremely impressive,” said Williams, who while not on Navy Reserve duty is a full-time law enforcement officer in Connecticut. “You will see an 18- or 19-year-old Sailor who can break down and rebuild an engine, and the same day man a 50 cal. while escorting a warship or high-value asset into a port. And, at the end of the day, they are a best friend to every crew member.”

Williams’ crew, along with each boat team in CRS 8, is made up of a diverse group of U.S. Navy Reserve Sailors with different skills and backgrounds. One Sailor, U.S. Navy Petty Officer 1st Class Stephen Ferris, an orthotist from Annapolis, Maryland, was designated an aircraft mechanic after joining the Navy as an intelligence analyst, yet he has spent his entire career as a crewman on small boats.

“I wouldn’t change a thing,” said Ferris. “These people are part of my family now.”

With one hand motion, Ferris can deliver a clear message to his “family” while his voice is drowned by the sound of diesel engines and splashing salt water. Posted on the bow of the boat behind a flat black and well-greased 240mm machine gun, his communication could mean nothing to the common person, but to a member of his crew it means an oncoming threat, an obstacle, or, “Hey, I’m thirsty. Toss me a bottle of water.”

“You don’t have time or the ability to roam around the boat and shout at each other while you need to be staying alert,” Ferris said. “Just one moment taking your eyes off the horizon and your enemy could be a football field closer. Without the relationships we have as a crew, staying in such high alert wouldn’t be possible.”

The CRS 8’s mission to support security and protect U.S. and coalition partner interests isn’t their only task. With their breadth of maritime knowledge and background, they are able to exchange experiences with the Djiboutian Navy and Coast Guard -- sharing lessons learned and enhancing partner capabilities.

“We depend on the Djiboutians a lot,” said U.S. Navy Cmdr. Eric McDermontt, commander, CRS 8. “They let us use their ports and base to moor our boats, providing us something no one else can. It’s essential for us to maintain our freedom of movement here and to maintain relationships.”

Williams had feelings similar to the commander.

“Where else are you going to get these kind of experiences,” Williams asked. “We get to meet and spend time with the best Americans alive, while at the same time seeing new places together and conversing with new people from other countries. We do a phenomenal job at what we do; there is no question about that. But, the reward for that is the constant opportunity to learn from these people and the new ones we meet along the way.”