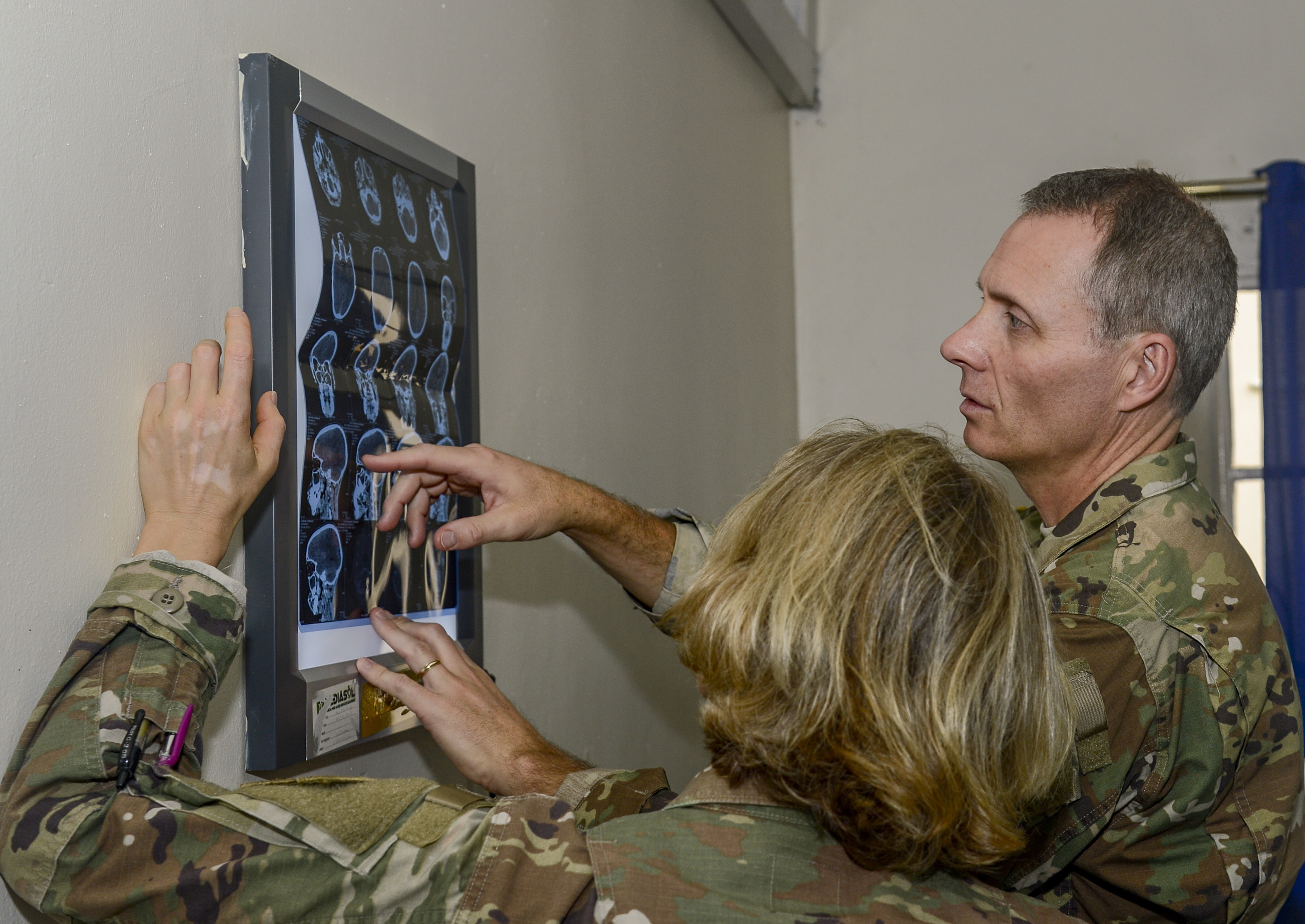 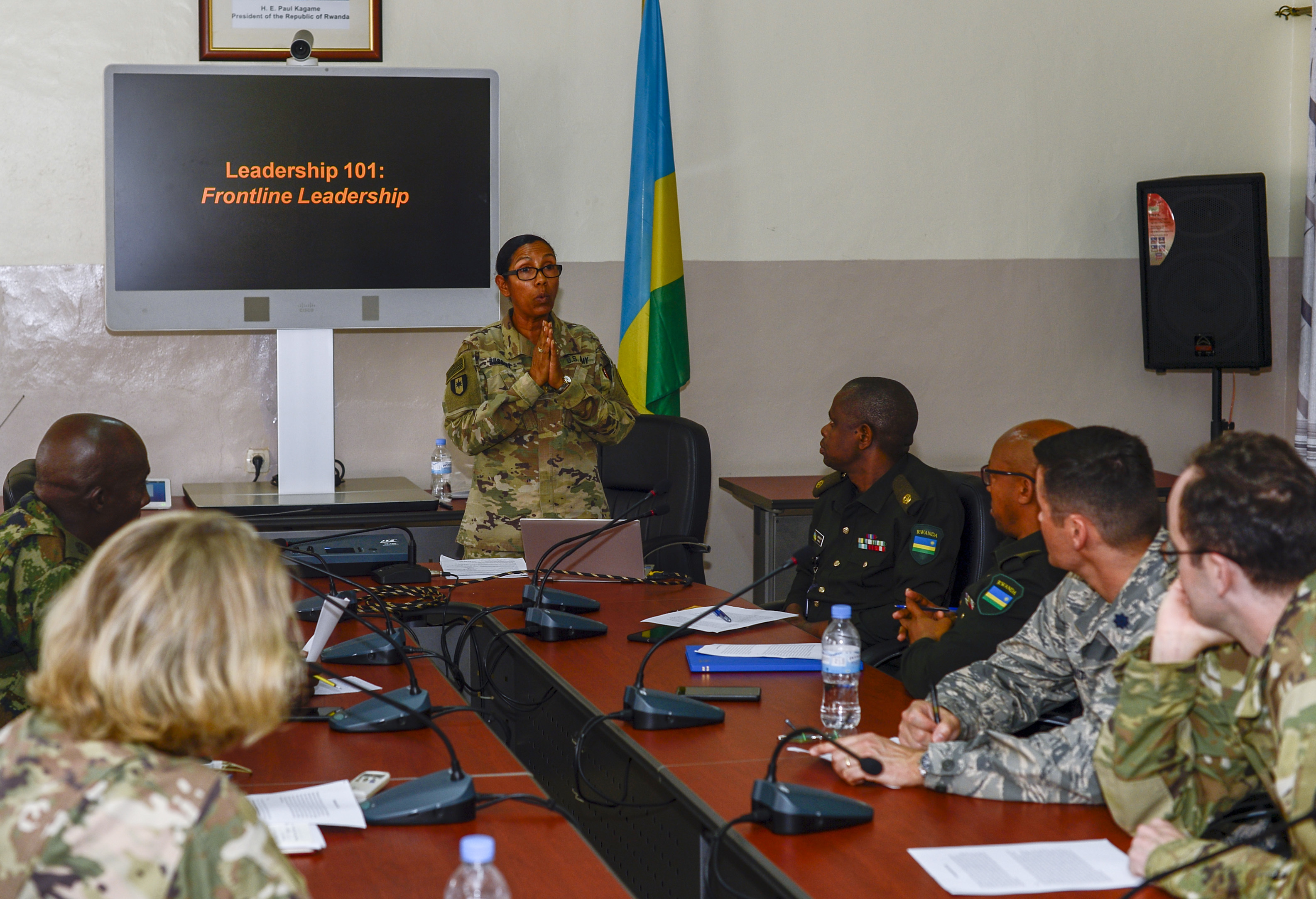 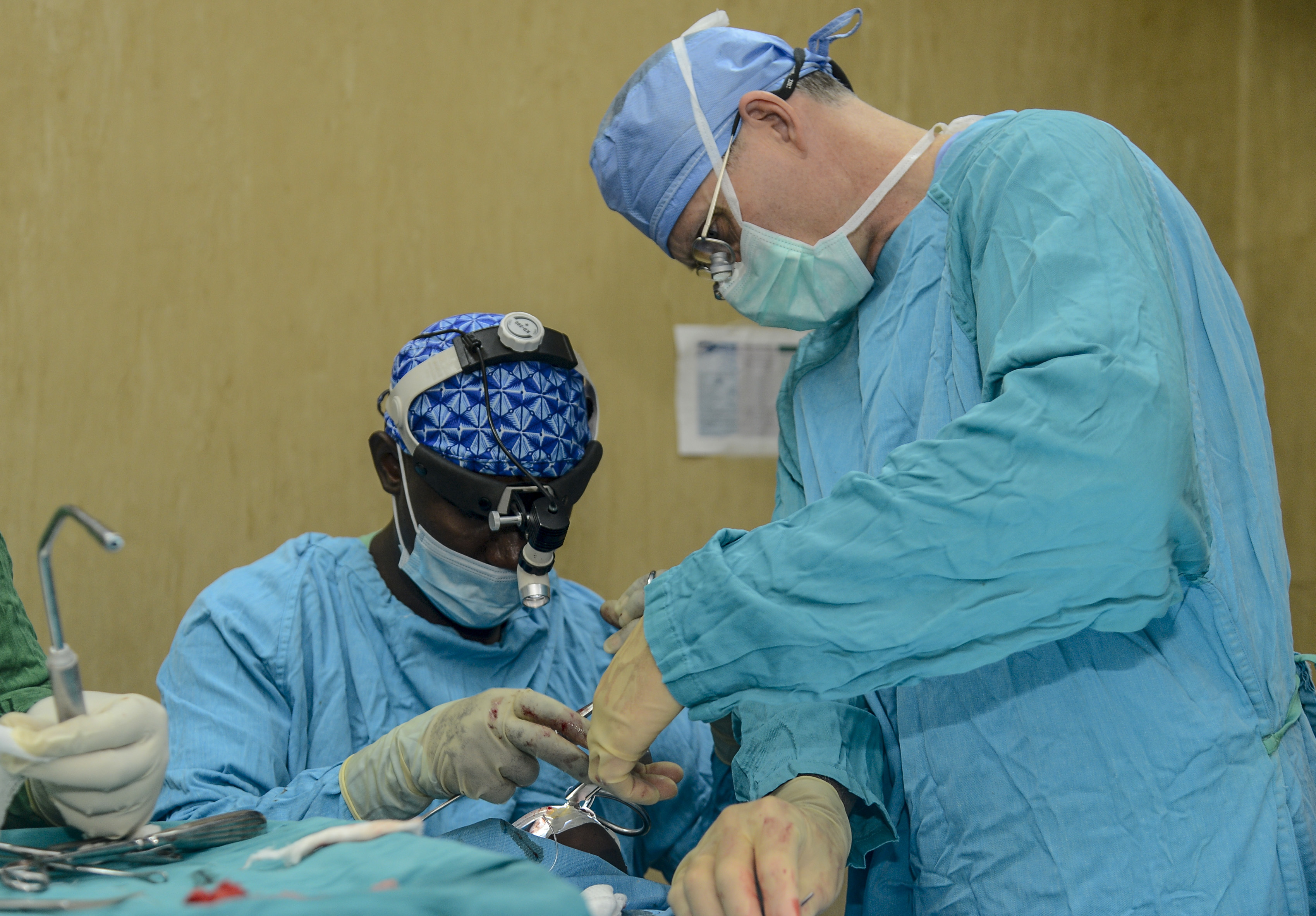 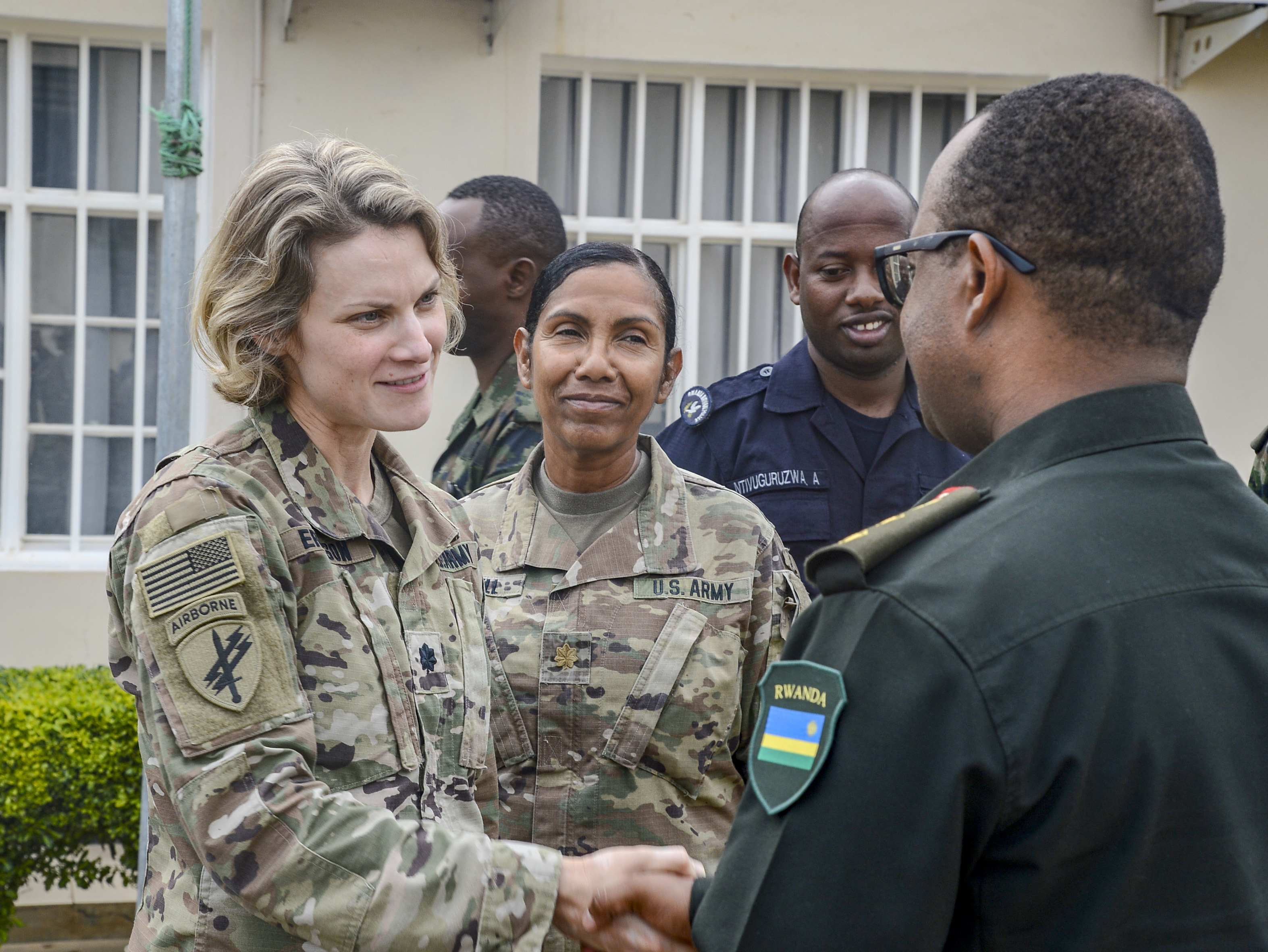 KIGALI, Rwanda — U.S. medical personnel worked hand-in-hand with their corresponding Rwandan counterparts to give cancer patients and their families renewed hope of survival at the Rwanda Military Hospital in Kigali, Rwanda, Nov. 26-30.

“This is an extremely exciting time for medicine in Rwanda — for the delivery of cancer care,” said U.S. Army Lt. Col. Delnora Erickson, a radiation oncologist with the 403rd CA Battalion, who organized the weeklong exchange. “These exchanges are reinvigorating for the U.S. doctors who primarily work in treatment facilities. It reminds them of the bigger global health care picture and how the U.S. military fits into it.”

It was a $3 million grant from a U.S. government initiative that helped Lt. Col. Pacifique Mugenzi, the only radiation oncologist in Rwanda, fulfill his dream and open the center.

“So far, the few patients who were able to get radiotherapy had to travel mainly to Uganda, Kenya or India, and the cost was covered either privately or through different funding bodies,” said Rwanda Defence Force Lt. Col. Mugenzi, who completed his residency in clinical oncology in South Africa. “The current radiotherapy center at RMH being the first in the country is expected to considerably improve the management of our cancer patients. It is well established that it is an important therapeutic modality, required in 50, 60 percent of patients during the course of treatment, whether alone or combined with surgery and or chemotherapy.”

The distribution of cancer in Rwanda is similar to that in other countries in sub-Saharan Africa. Tobacco consumption is low in Rwanda and there are few tobacco-related tumors, such as lung and laryngeal cancer. Other tumors associated with aspects of Western life-style, like colorectal and breast cancer, are also infrequent; however, the most frequent cancers are those associated with a possible infectious disease like HIV, according to a study done by the Cancer Epidemiology Unit at Oxford University.

“It is obvious the current center will increase access and affordability,” said Mugenzi. “This center, alone, cannot cover the entire population of Rwanda and the neighboring countries in need of treatment. It is our hope that another center will be open sooner rather than later.”

While Rwanda’s oncology center will not treat HIV directly, people infected with HIV do have a substantially-higher risk of some types of cancer compared with uninfected people of the same age, Mugenzi agreed. Three of these HIV-associated cancers are Kaposi sarcoma, a type of cancer that develops in the lining of the mouth, nose, and throat, in lymph nodes; aggressive B-cell non-Hodgkin lymphoma; and cervical cancer.

Cervical cancer is the most common cancer diagnosed among women in Rwanda and is a significant contributor to overall cancer-associated deaths for women in sub-Saharan Africa, according to the World Health Organization.

In a country with 11 million inhabitants, national screening and treatment programs are helpful; however, cervical cancer prevention is also integral in reducing cancer-associated deaths for women in Rwanda, added Erickson.

Cervical cancer moved from the 10th leading cause of death among women in 2011 to the seventh in 2017, said RDF Col. Eugene Ngoga, clinical director of the RMH. However, in 2011, Rwanda began a national immunization campaign as part of its cervical cancer control strategy and started providing the HPV vaccine to adolescent girls.

“One of the biggest accomplishments that I have seen in cancer care is the rollout of the human papillomavirus vaccine in Rwanda,” said Erickson while speaking at a charity event for Rotary International during her visit. “The rates of immunization of HPV are well over 95 percent in this country.”

Both officers agreed there should be a significant decrease in diagnosis of HPV and cervical cancer as the first generations of vaccinated young women mature, said Erickson.

“Many of us got into medicine to make a big difference in the lives of our patients,” said Erikson. “Working in Africa is a good reminder of why we went into medicine.”

While doctors learned from their combined knowledge and unique experience, it’s the patients who truly benefit, Ngoga said.

“Our patients received optimal care through the combined expertise of our doctors and our American counterparts,” said Ngoga. “This benefits the Rwanda Military Hospital long-term because we will take the knowledge we exchanged and put procedures into place that will enhance patient care in the future.”

The RMH allowed its visiting physicians to see how the hospital’s staff leads and manages its medical facility, and how it provides patient care. O’Connor, who is also the chief of surgery at Landstuhl RMC, worked with his counterpart in several aspects of the patient care process.

“I have had the opportunity to work in both their clinical care and in their operating theater,” O’Connor said. “I really admire what they are able to do in regard to the challenges they face on a day-to-day basis.”

The RMH, more often, sees advanced cases of neoplasms, or tumorous skin growths, or other cancer-related disease due to lack of access to care, O’Connor said.

“They have some very advanced and challenging cases here,” O’Connor said. “It has been rewarding for me to see the care they deliver to both military and civilians.”

Erickson’s team departed RMH, leaving behind their new colleagues and friends who came together through one common goal, to alleviate suffering and save lives.

“I want to thank the U.S. military team for their enthusiasm and commitment to their work, and we hope for the opportunity to work with them again, so we can further improve the care of our patients.” Ngoga said.