CJTF-HOA Photo DIRE DAWA, Ethiopia - A U.S. Army staff sergeant from the 449th Civil Affairs Battalion presents a box of toothbrushes to the manager of an orphanage and school in Dire Dawa, Ethiopia. These supplies are part of a shipment which came to Ethiopia from St. Paul's Episcopal Church and School in the Lakeview community of New Orleans. (Courtesy photo)

NEW ORLEANS - The sanctuary of St. Paul's Episcopal Church, in Lakeview, La., was heavily damaged after storm waters from Hurricane Katrina receded in 2005. Navy Chaplain (Captain) Will Hood, now serving a tour of duty as the command chaplain to the commander, Combined Joint Task Force-Horn of Africa in Djibouti, was the driving force behind the church and its associated school's reconstruction. St. Paul's is now supporting Hood's humanitarian efforts in East Africa. (Courtesy photo)

In late August of 2005, the St. Paul's Episcopal Church and School in the Lakeview community of New Orleans was under 10 feet of stagnant water in the aftermath of Hurricane Katrina. The historic brick church, with its 15-foot, 150-year-old Tiffany stained-glass windows, was directionless and in need of assistance.

At roughly the same time, an Episcopal Navy Chaplain (Captain) William R. Hood, was in search of a new mission. Hood, a veteran of Operation Iraqi Freedom who had seen combat service with U.S. Marines, needed to reset his own compass. He found himself in search of a challenge greater than the average, stable congregation would probably provide.

The bishop of the armed forces who endorsed Episcopal clergy and chaplains' work at the time, Episcopal Bishop George Packard, initially asked Hood to look into St. Paul's because he felt the distressed church would be something very much in the vein of what Hood was suited for.

"Will was passionate with an off-the-cuff approach to getting things done," said Lisa Davis, development director of Paul's Episcopal School Church and School. "His drive and determination poured into his work and his natural leadership abilities enabled people to trust in him and his vision for the future," said Davis.

Now, four years later, the congregation, the community of Lakeview and the Will Hood Fund are supporting orphaned African children in Ethiopia, as part of an ongoing outreach program called The Supply Project. Hood terms that process a story of recovery, rebuilding and grace.

"I saw devastation on both personal and spiritual levels with the Marines in Iraq," said Hood, "Rebuilding and grace at St. Paul's is the result of changes both environmentally and within the parishioners, and being a part of that rebuilding process might have been just what I personally needed."

St. Paul's is geographically located in the centre of the community it serves. When the 17th Street Canal Levee broke, Hood said, the largely upper-middle class congregation was faced with not only the loss of their own property, but also of their spiritual anchor point.

"In our first meeting, Will was wearing shorts and sandals, and although he appeared relaxed, he also had a very intense and straightforward disposition," said Davis. "Will was proud of the impact the church was having on rebuilding the community, but extremely humble when it came to praise. It was very clear in our conversations, he understood the pain and devastation people were feeling, and he cared immensely about them and wanted to do all that he could to help."

Grace is a common theme with Hood. Eventually, he would leave St. Paul's, on a course which would take him to East Africa, but the ties and the foundation of 'grace' he helped instil there would play a major role in tangible support for the Ethiopian orphans he helps now. He can see, looking back, there are several parallels between what he witnessed there and what he sees in his current assignment.

Hood served as rector of the church for three years and interim head of the school for 18 months. During that time, he said, he saw the church benefit from both public and private assistance, once again becoming an anchor for the community as it rebuilt.

Donations of money, labour and materials, combined with federal dollars (through FEMA and other agencies) eventually rebuilt the church and the school.

This had a huge impact on the children of St. Paul's school and church, Hood said. "The donations, the grace and care that were extended to the people of St. Paul's was certainly inspiring, but more importantly reminded them they were not alone. It was a lesson for their future that life is not faced alone, but with the help of others."

There had been 200 to 300 students at the school before the hurricane, and afterward there were 40 to 60 'remnant' students who stayed on. The demands on Hood, both from the parents and their circumstances, gave way to a cooperative spirit and industrious work. From that labour grew a motto; "Pay It Forward," which Davis says they still use to this day.

"We all learned a lot from Will while he was here," said Davis. "One of the greatest lessons we learned was that we must always share with others through the gifts we have received - or, more simply, we must 'pay it forward.'"

"We told him we would begin an outreach program in his honour, to help children in need all over the world," said Davis. "St. Paul's considers this our 'call to duty,' and when Will asked us to begin a supply drive to collect shoes, socks and school supplies to send to the needy children in Africa, we were thrilled to help."

The Will Hood Fund, as a mechanism within the larger St. Paul's outreach program, was developed as a vehicle for paying forward the goodwill shown to the church since 2005. The congregation, which Hood characterized as now having unity of purpose and direction, has been regularly supplying donated shoes, socks, backpacks and school supplies to the Combined Joint Task Force - Horn of Africa's (CJTF-HOA) Religious Affairs director's office at Camp Lemonnier, Djibouti, Hood's new posting.

Supplies are purchased in Louisiana and elsewhere, collected at the church by the development director and shipped through the U.S. Postal Service.

"When we started The Supply Project, volunteers and school representatives reached out to people and businesses through the internet and media," said Davis. "Word spread, and community members, groups and businesses began contacting us to ask how they could get involved. For us, we have to be reminded that after the storm, we received a lot of help from all over the world, from people that did not know us and would also never meet us. Our stories share a similarity, and clarity that help is needed everywhere."

"The response has been phenomenal. Since April, we have shipped over 450 pairs of shoes, and countless socks and school supplies," said Davis. "Local businesses have volunteered to be drop-off locations, people have donated money towards shipping expenses and through the effort of one parishioner, the local Rotary Club donated almost 50 backpacks filled with supplies, along with hundreds of shoes and shirts, hats and school supplies. It has been wonderful to be a part of this experience."

"St. Paul's has and always will find ways to support our community, but helping the children in East Africa has given us the opportunity to extend our outreach beyond our immediate area while helping someone, someone who gave us so much, give to others." 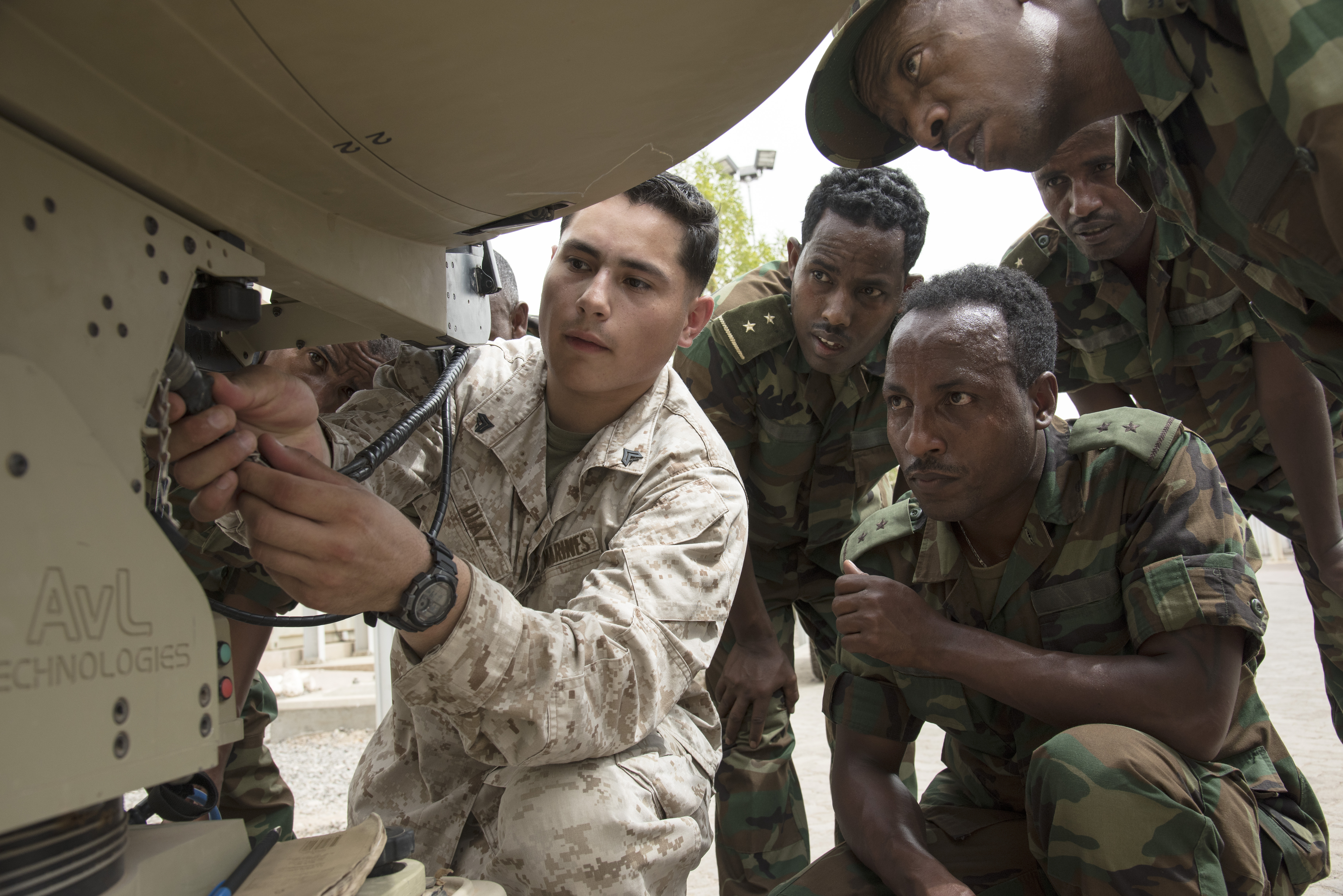