"I wanted to come and show my appreciation to the departing staff," said Ward. "They've done exceptional work in moving ahead the mission of the task force, as well as combating (violent extremism) in this part of the region."

Ward believes the "Three-D approach" -- diplomacy, development and defense -- contributed to their success.

Diplomacy, led by the State Department, develops and executes U.S. foreign policy. The U.S. Agency for International Development is the U.S. government's lead for development efforts, supporting long-term and equitable economic growth to include agriculture, trade, global health, democracy, conflict prevention and humanitarian assistance. The U.S. military and Department of Defense focus on security and stability to reduce conflict, war and terrorism.

"This unit's following of our innovative Three-D approach to security has played a vital role in creating and promoting stability here in Africa," said Ward.

"He's a very busy man," Sarcone said. "I think it says a lot for him to come see us. It's an honor for me. It speaks very loudly of his appreciation of what our unit has accomplished."

After his meeting with the departing staff, Ward spoke with members of the 1-65th INF BN. The battalion, from Puerto Rico, carries with them more than 110 years of U.S. military history dating to 1899 after the end of the Spanish-American War. The battalion's soldiers provide security for CJTF-HOA and Camp Lemonnier.

"I appreciate what they're doing here," Ward said. "I just wanted them to know that each one of them counts and that they are vital for the mission here in Africa. I'm honored to be serving on the same team with them."

CJTF-HOA's mission has been successful because of AFRICOM's partnership with Djibouti, said Ward.

"Djibouti has been a wonderful partner and host," Ward said. "They support our mission of achieving stability in this part of Africa and their partnership is critical to us. We look forward to working side by side with them for years to come."

CJTF-HOA was first established at Camp Lejeune, N.C., in October 2002. In November 2002, personnel from the USS Mount Whitney (LCC 20) arrived in the Horn of Africa where they operated until May 13, 2003, when the mission moved to Camp Lemonnier in Djibouti City, Djibouti. Camp Lemonnier is the only U.S. military base located in Africa; this forward deployed location allows CJTF-HOA to pursue its mission of building security and stability in the region.

"I wanted to come and show my appreciation to the departing staff," said Ward. "They've done exceptional work in moving ahead the mission of the task force, as well as combating (violent extremism) in this part of the region." 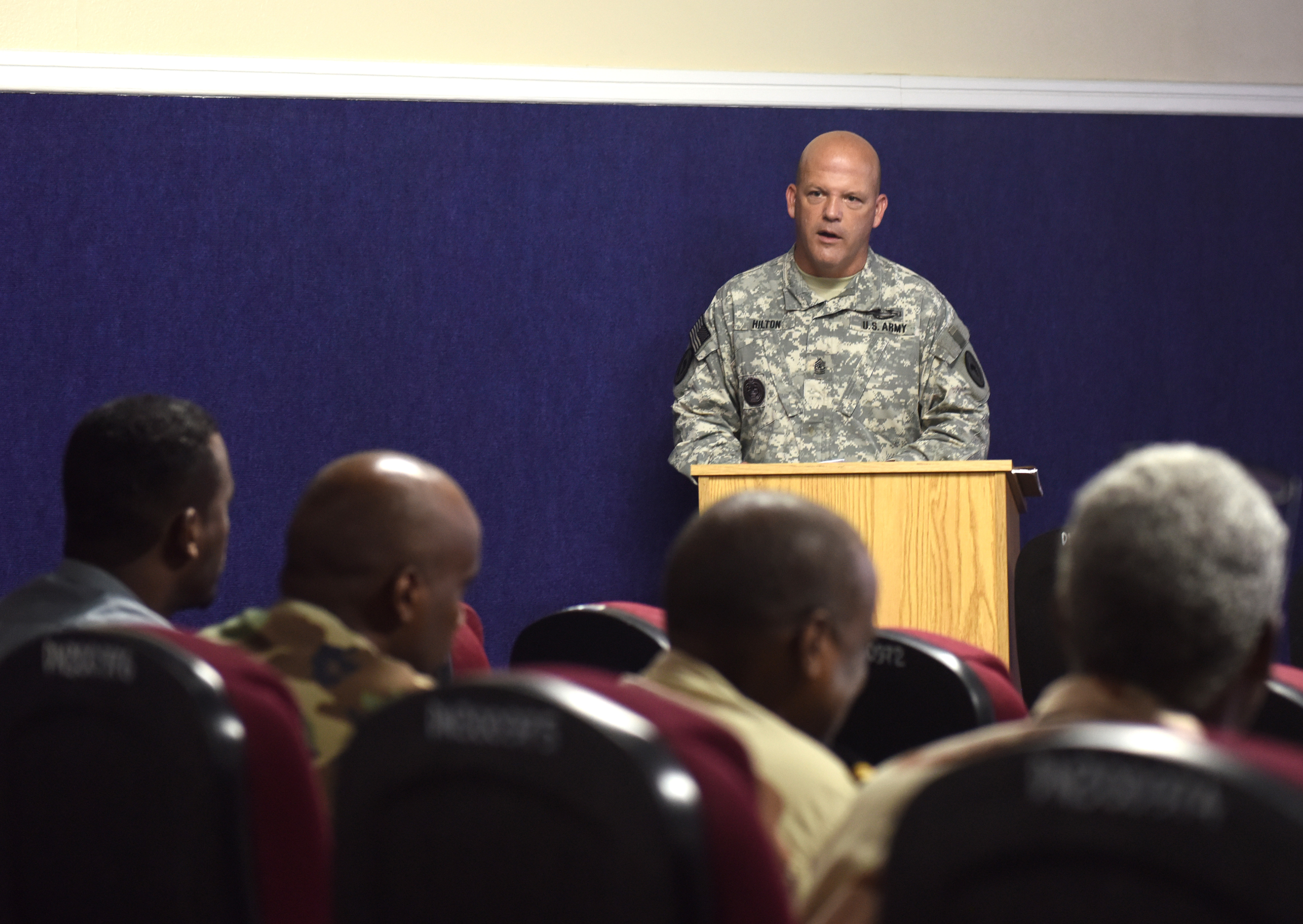 Senior enlisted leaders of the Djiboutian Armed Forces (FAD) visited Camp Lemonnier, Djibouti, for the first time Dec. 29, 2015, to meet with command senior enlisted leaders of Combined Joint Task Force-Horn of Africa with the intent of sharing their professional advice and networking with influential military figures from the host nation. The main focus was the current situation in Somalia and the African Union mission there to neutralize Al-Shabaab and stabilize the country.