CJTF-HOA Photo KARABTI SAN, Djibouti (Jan. 3, 2012) - A villager carries a bucket of dirt at the eco-dome construction site in the Karabti San, Djibouti, January 3. Once completed, the dome will either be used as a clinic or a school. (U.S. Air Force photo by Senior Airman Jarad A. Denton)

CJTF-HOA Photo KARABTI SAN, Djibouti (Jan. 3, 2012) - Dirt is shoveled into a bucket at the eco-dome construction site in Karabti San, Djibouti, January 3. The dirt was mixed with cement and water, before being put in bag to form the walls of the dome. (U.S. Air Force photo by Senior Airman Jarad A. Denton)

CJTF-HOA Photo KARABTI SAN, Djibouti (Jan. 3, 2012) - A villager pours water into a hole at the eco-dome construction site in Karabti San, Djibouti, January 3. The water will be mixed with dirt and cement used in making the walls of the eco dome. (U.S. Air Force photo by Senior Airman Jarad A. Denton)

CJTF-HOA Photo KARABTI SAN, Djibouti (Jan. 3, 2012) - The unfinished eco-dome is the only modern structure in the village of Karabti San, Djibouti, January 3. When complete, the dome will stand 21 feet high. (U.S. Air Force photo by Senior Airman Jarad A. Denton)

CJTF-HOA Photo KARABTI SAN, Djibouti (Jan. 3, 2012) - Villagers from Karabti San, Djibouti, work with soldiers from U.S. Army Civil Affairs Team 4902 to shovel dirt into a truck, January 3. The dirt was mixed with cement and water, then used in the construction of an eco-dome for the village. (U.S. Air Force photo by Senior Airman Jarad A. Denton)

CJTF-HOA Photo KARABTI SAN, Djibouti (Jan. 3, 2012) - A villager shovels dirt into a bucket at the eco-dome construction site in Karabti San, Djibouti, January 3. According to Hamdou Mohamed, Karabti San local and construction foreman, the eco-dome has served as a beacon for the community to rally around and work on together. (U.S. Air Force photo by Senior Airman Jarad A. Denton)
1 2 3 4 5 6 7 8 9 10 11 hide caption

As the early morning sun rose above the rocky mountain peaks, January 3, its bright rays reflected off the white eco-dome being constructed in the remote village of Karabti San, Djibouti.

Once completed, the eco-dome is projected to stand 21-feet tall and serve as either a community health clinic or school.

“This action is a great job,” said Hamdou Mohamed, Karabti San local and construction foreman. “We are still in the middle of the work. We are doing a good job, but the dome will tell when it is finished.”

Mohamed said the eco-dome, which is roughly 50 percent complete, has served as a beacon for the community to rally around and work on together.

Lev said his team is very passionate about the project. They spoke with community leaders and came to the agreement that this structural form is the best for this area.

“The problem here is the wind,” he said. “The wind gusts can get really high. When we first started building this dome we positioned the door with the regular direction of the wind. One of the villagers came up to us and said ‘are you sure you want to do that, this may blow down your dome.’”

The level of dedication shown by the Afar people, living in the village has been inspiring, Lev said. Initially, they looked at the eco-dome as a U.S. project, located in their village. However, now, the villagers have begun to see the structure as their own.

“We’re just enablers,” Lev said. “We’re teaching them, but the villagers are building the dome themselves.”

Lev said the team will travel to Karabti San, teach the villagers a new step and build a layer as an example before returning to Camp Lemonnier, Djibouti. When the team returns, the village added an additional four layers to the construction. Lev said this is no easy task, since the villagers have to travel more than a mile to shovel and hand-carry the dirt required in the construction. During construction, U.S. soldiers from CAT 4902 and the 257th Army Engineer Team worked side-by-side with the Afar people living in the village to make significant progress on the eco-dome. Cement and dirt were mixed with water, and then shoveled into buckets which were dumped into long white bags. Those bags were stacked on top of one another, forming the walls of the eco-dome. When finished, this structure will have a primary and secondary dome, as well as a loft area inside – with a price tag of about $3,000, paid for by various civilian organizations.

“Everybody in the area is really excited about the dome,” Lev said. “This style of building for areas like Karabti San is very well suited.”

The strong winds and harsh terrain of Karabti San support the construction of the eco-dome. Once construction is completed, the tools and materials used will be left for the villagers to build a second dome. They will take the lessons learned during the first eco-dome project and apply them to future construction in the village, Lev said. The village itself views, with great appreciation and heartfelt gratitude, the knowledge shared by the United States to enable them to complete this project and future projects, themselves.

“Teaching you something is better than giving you money,” said Kasim Ali, Karabti San village chief. “This [the eco dome] is good and will last long. It is something good for the village. Thank you.” 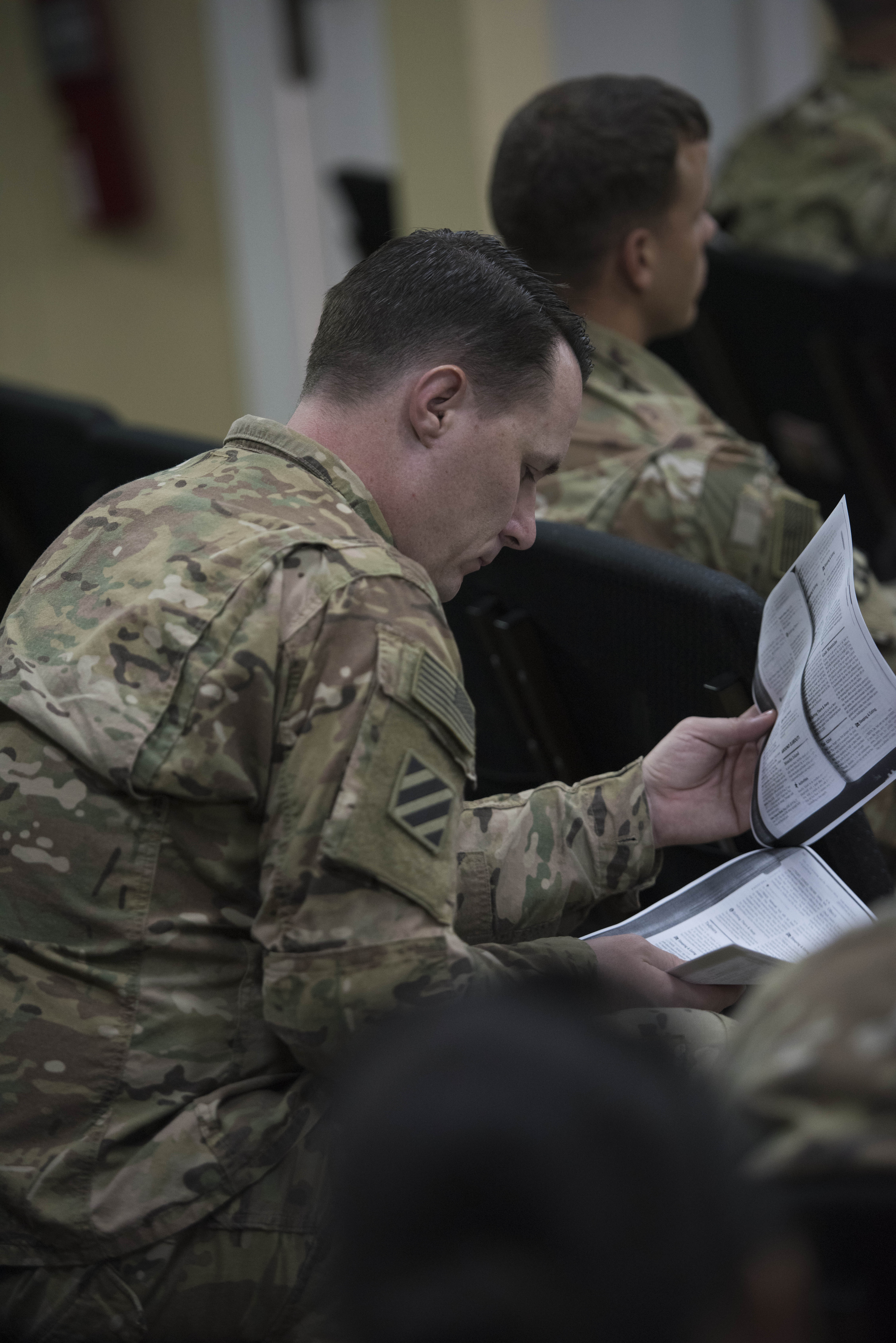 Medical professionals from across the military services, foreign militaries and local community joined together to discuss challenges posed to medical personnel providing care for troops operating within the Horn of Africa and the East African region at Camp Lemonnier, Djibouti, Nov. 14 to 16, 2017.