CJTF-HOA Photo A Uganda People's Defense Force (UPDF) logistics soldier at Singo Peace Support Training Center, north of Kampala, Uganda, practices how to respond to the discovery of an improvised explosive device during a simulated urban patrol March 7, 2013. The soldier's training will familiarize him with the type of threats he would face if deployed to Somalia where other UPDF soldiers currently fight terrorist groups seeking to gain strategic ground in the Horn of Africa. (U.S. Air Force photo by Tech. Sergeant Kelly White)
1 2 3 4 5 hide caption

"We're here to help Ugandans increase their military capabilities," the Deerfield, Mass., native explained. "It's all about making sure they're fully prepared to defend themselves internally and to also conduct missions abroad in support of their own interests and those of the U.S."

Recently, the team trained a UPDF logistics company for its upcoming deployment to Somalia.

"As Marines, we're supposed to be the best, and we're here to offer our best training to our UPDF counterparts," said Maj. James Kimber of U.S. Marine Forces Africa. "Every time my Marines deploy, they go through training to make sure they're ready. We're here to do exactly the same preparation with UPDF."

The Ugandan soldiers' training included AK-47 assault rifle instruction; setting up expeditionary warehousing and battalion and regiment supply areas; and getting equipment from port cities in Somalia to the front line, Adams said. "It also includes operating heavy equipment, and supply and maintenance training - everything from acquiring and sourcing the equipment and logistics an infantry company will need in the field from a rear supply area to a forward supply area."

Each company's training lasts 10 weeks, during which time the chief focus remains on advancing primary job knowledge. Additionally, UPDF soldiers exercise their combat and survival skills, and get two days of training to become acquainted with functions and equipment used by other units they'll deploy with.

"UPDF soldiers' disposition came as a welcome surprise," Special-Purpose MAGTF Africa 13 platoon sergeant, Gunnery Sergeant Ashley Gray, said. "I wasn't expecting them to be as involved as they are. They're very responsive and enthusiastic. They're taking notes and asking questions. They all came to this training as volunteers, and they want to learn." 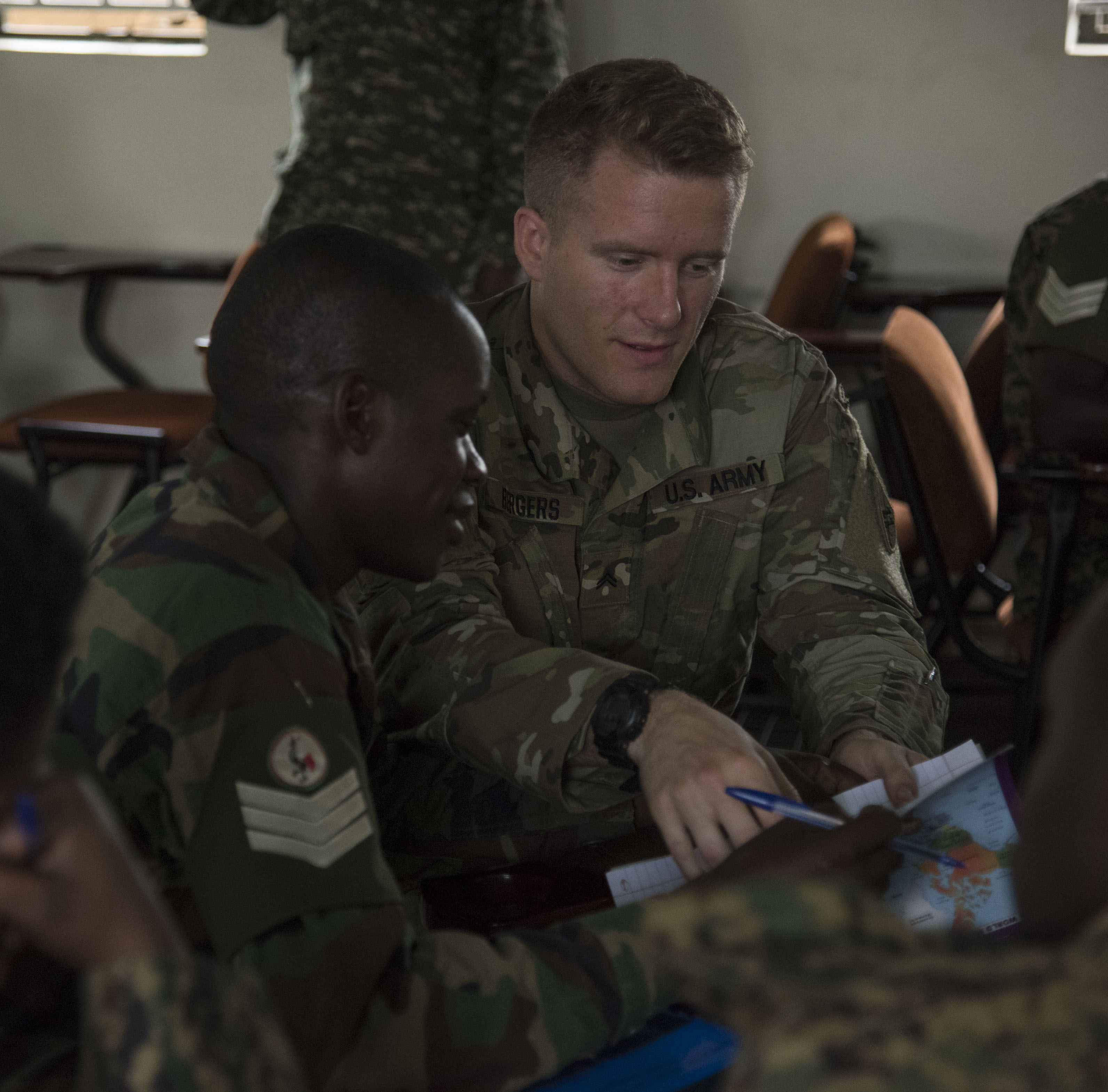 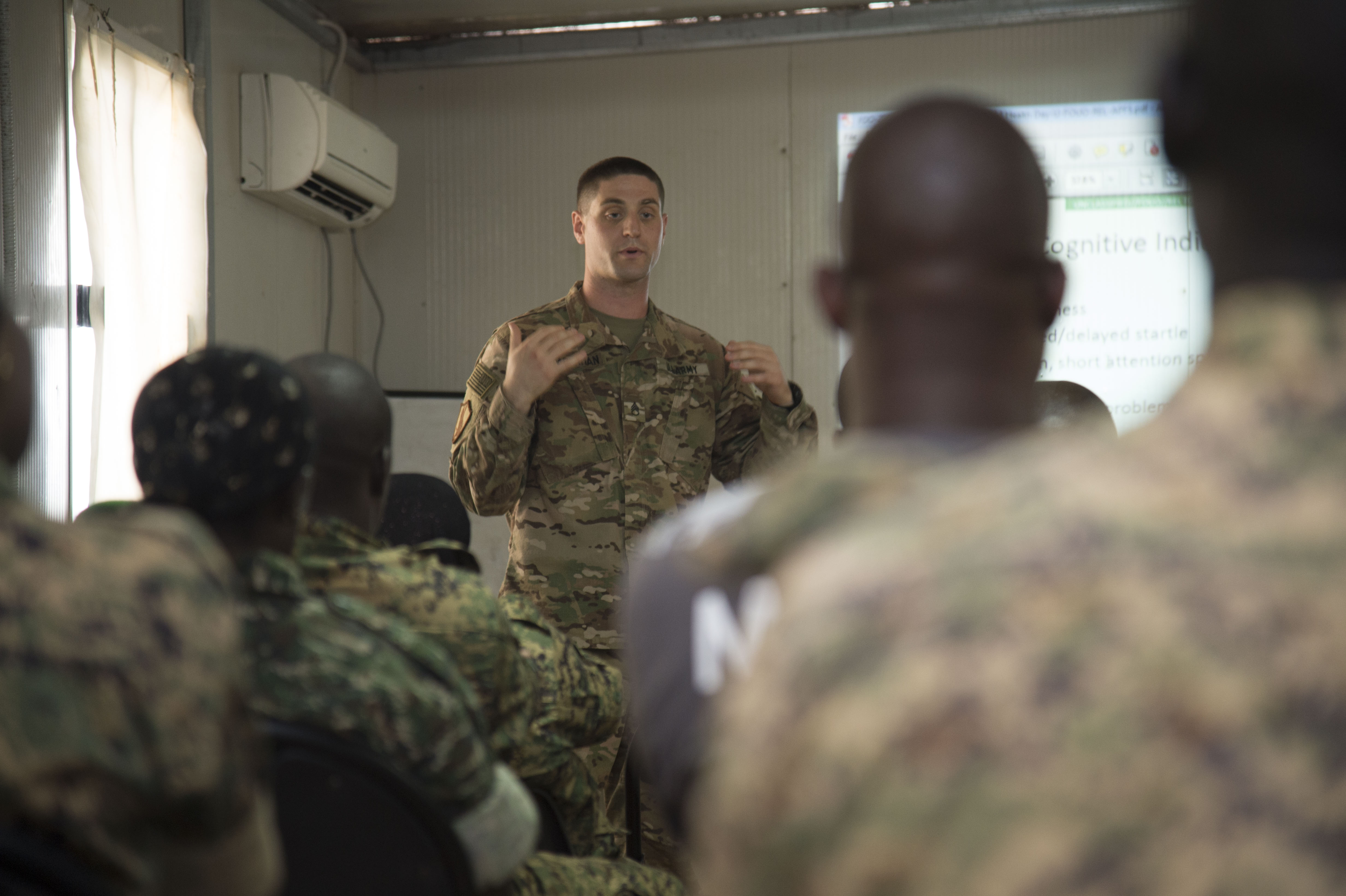 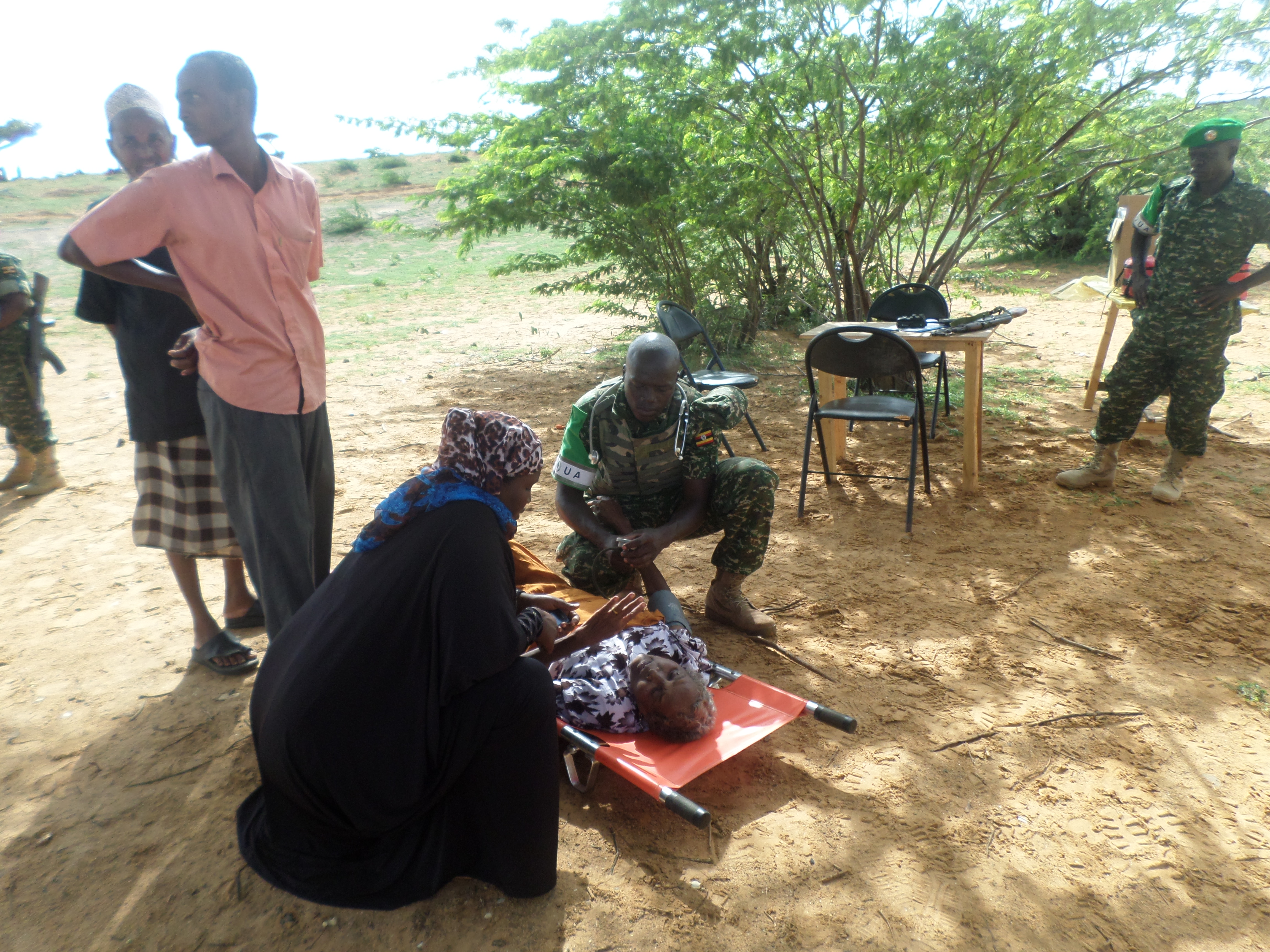