Combined Joint Task Force - Horn of Africa Image The completed Kalaf Clinic structures are displayed in an overview image in Kalaf, Djibouti, Dec. 22, 2014. The clinic will provide 3,000 people in the area with healthcare and a better access to vaccinations against contagious diseases.
1 2 3 hide caption

KALAF, Djibouti – Enduring a 15 kilometer walk to the nearest clinic will soon be part of the past for villagers in Kalaf, Djibouti. Now, only a minute away from the village stands a maternity clinic completed on Dec. 22, 2014.

The clinic construction was the result of cooperation between the Combined Joint Task Force-Horn of Africa and the Djibouti Ministry of Health, and was funded by the Department of Defense humanitarian civic assistance fund.

As stated in the Djibouti Ministry of Health mission strategic plan, the average life expectancy in Djibouti is 46 years old. The major causes of death are from infectious diseases and the Djibouti Ministry of Health is seeking to address these challenges through its national plan for health development.  The plan will focus on the reduction of morbidity and mortality of pregnant women and children under five.

“In a country where the maternal mortality rate is currently more than 20 times greater than that in the United States, with this new clinic, we hope it will have an enormous impact on the village for generations to come,” said Navy Lt. j.g. Aaron Kulp, Naval Mobile Construction Battalion 133, Horn of Africa officer in charge.

The new facility, which will be turned over to the Tadjourah Health Minister early next year, can house a maternity ward, nursery, bathrooms, cooking area, bedrooms, two buildings for water storage, an incinerator to burn medical waste and two sewage treatment tanks.  The Seabees also installed 20 solar-powered batteries that provide power to the entire clinic.

According to Kulp, the facility was built with structurally insulated panels.  This allowed for quick construction, while still providing the necessary strength to withstand heavy winds and long days of continuous sun, both of which are common to the region.

“Acquiring construction materials that will be able to provide long-term sustainment in Djibouti was a challenge during this project,” said Kulp. “We sought to purchase materials that could be readily replaced by the village.”

Twenty Seabees from NMCB 133 and 14 Seabees from NMCB 74 worked on the facility from February to December 2014.  Throughout the construction process, Tadjourah Trades School students from the Centre d’Apprentissage Cardjin observed the Seabees during concrete placement, residential electrical wiring, carpentry and welding.

With the completion of the Kalaf Clinic, the Seabees, who are assigned to CJTF-HOA until their redeployment in January 2015, will continue to look for construction projects on the base and for the local community of Djibouti.

Enduring a 15 kilometer walk to the nearest clinic will soon be part of the past for villagers in Kalaf, Djibouti. Now, only a minute away from the village stands a maternity clinic completed on Dec. 22, 2014. 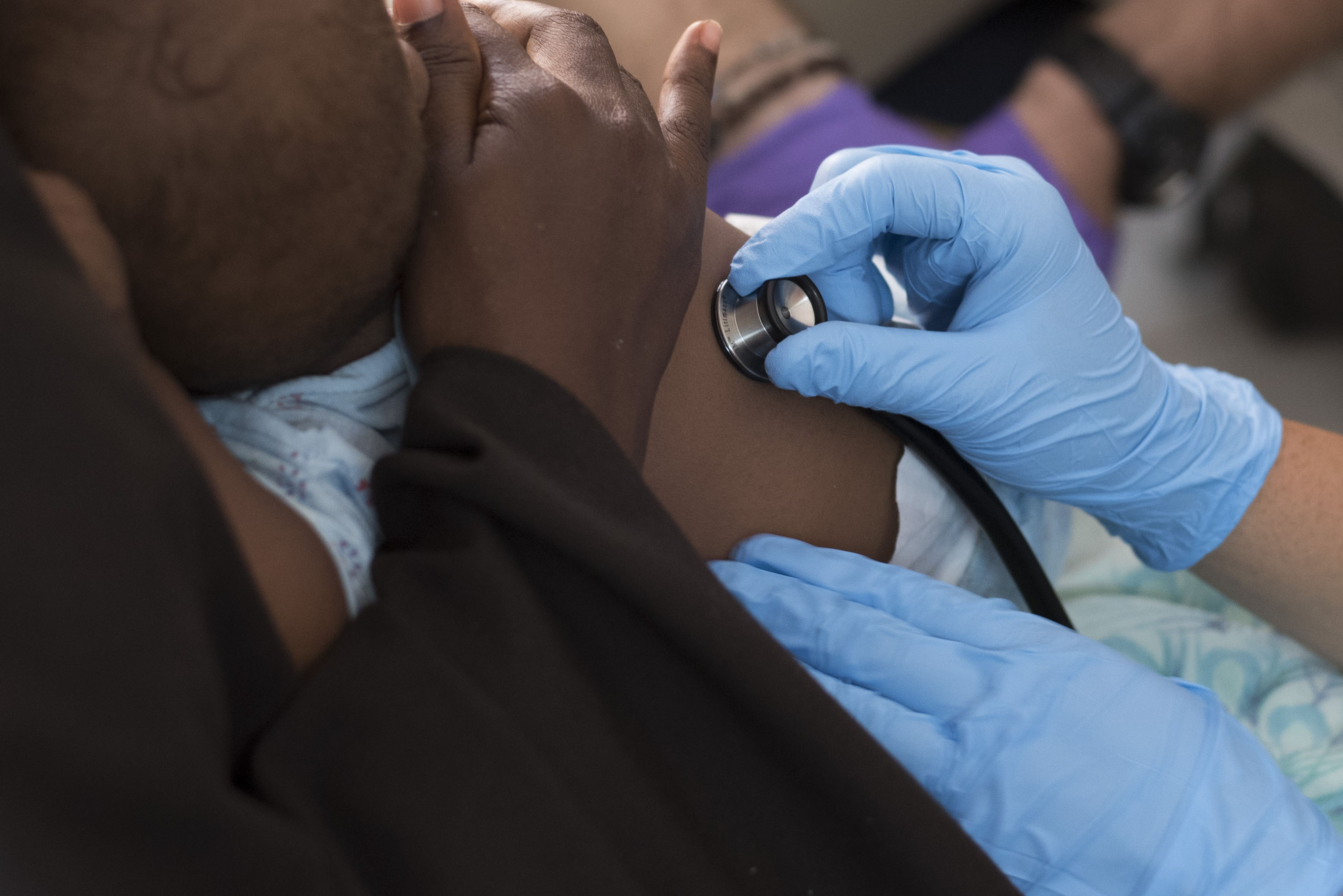 U.S. Army Soldiers from the 403rd Civil Affairs Battalion, assigned to the Combined Joint Task Force-Horn of Africa, worked with Djibouti Ministry of Health and Cuban medical personnel to provide medical care and education to the people of Dikhil, Djibouti, May 11-12, 2016.

Understanding the medical capabilities of any environment or rural area is vital to providing the best medical care to patients in a city, region or nation. One method to develop this understanding is to learn about medical care challenges and best practices through regional cooperation and the use of medical caravans.